Earlier this month, the National Iranian American Council (NIAC) announced the formal creation of a lobby organization called “NIAC Action,” in effect formalizing legally the advocacy work in which NIAC had long been engaged. Jamal Abdi, NIAC’s executive director, announced the creation of the new pro-Iran lobby in an interview with Politico. “We’ve got all this money on the table, all this political influence that’s not being utilized… Now we can actually start playing the full political game,” he said. Politico continued to explain that the new lobby “make[s] no secret of their desire to shift the political landscape in Washington away from groups such as the American Israel Public Affairs Committee… and toward movements more inclined to pursue diplomacy with the longtime U.S. nemesis.”

While negotiators continue to work to narrow gaps toward a final nuclear deal with Iran, outstanding disputes remain over the disposition of the UN arms embargo imposed on Iran in 2010. Before reviewing a final nuclear agreement, here are three things U.S. policymakers need to know about the issue:

Is the UN arms embargo on Iran “nuclear-related”? The UN embargo imposed on Iran’s trade in certain conventional arms was specifically imposed by the Security Council to deal with the nuclear dispute. Indeed, UN Security Council resolution (UNSCR) 1929 expressly states that restrictions related to Iran’s trade in conventional weapons would be lifted once Iran met its nuclear-related obligations under the Council’s resolutions. As the then-U.S. Ambassador to the United Nations, Susan Rice, stated at the time of the vote on UNSCR 1929, “[T]he sanctions aim squarely at the nuclear ambitions of [the] Government [of Iran].” Having been imposed in relation to the nuclear issue, the Iranian arms embargo will need to be disposed of as part of a final agreement on Iran’s nuclear program.

What does the UN arms embargo do?  Starting with UNSCR 1747 in 2007, the Security Council imposed a ban on Iranian arms exports. The Council followed up this export ban with more comprehensive restrictions on the sale to or from Iran of certain heavy-weapons, including battle tanks, combat aircraft, attack helicopters, warships, and the like in 2010 via UNSCR 1929. However, this ban did not include items like Russia’s S-300 anti-aircraft system — the sale of which Russia voluntarily cancelled.

How is a nuclear agreement likely going to deal with the arms embargo? According to the Lausanne framework announced on April 2nd, the P5+1 and Iran agreed that a nuclear deal would replace existing UN Security Council resolutions with a new resolution that would endorse a final agreement and “incorporate certain restrictive measures for a mutually-agreed period of time.” Provided that the arms embargo is indeed one of these “restrictive measures,” then the negotiating parties have agreed to “phase-out” the arms embargo over a period of time — perhaps timed to a finding that Iran’s nuclear program is exclusively peaceful. However, the schedule for the phase-out remains the subject of intense and ongoing debate in the talks.

Let’s put aside the fact that Cullis’ reading of the law is far from accurate. The arms embargo is not entirely tied up with the nuclear embargo, but rather exists because of growing international concern with the Iranian government’s attempts to export weaponry to proxy groups around the region. And it’s not accurate to say that UNSCR 1929 promised to lift all sanctions — only suspend them — and only when the International Atomic Energy Agency (IAEA) verified that it had ceased enrichment. Discussion of the S-300 is beside the point; the embargo is not on Iranian weapons purchases, but rather its exports. What Cullis and NIAC are seeking is to lift the embargo that prevents Iran from arming groups like Hezbollah, Hamas, Asa’ib Ahl al-Haq, and other U.S.-designated terrorist groups.

What the vast majority of Iranian-Americans know, and what Congress should ask NIAC, is how lifting the arms embargo meant to repress Iran’s sponsorship of terrorism is in anyway an interest of the United States, the Iranian-American community, or regional stability and security. That NIAC would advocate the lifting of the arms embargo is both curious and revealing. Rather than promote Iranian-American political activism or public diplomacy, NIAC increasingly appears to align itself squarely with the publicly declared interests of the Islamic Republic of Iran. 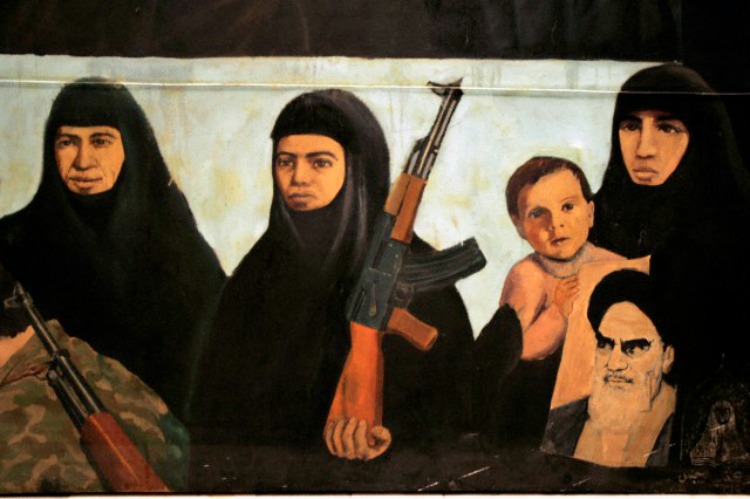