One of the worst fictions created by Barack Obama and Ben Rhodes, his deputy national security advisor for strategic communication, was that the Joint Comprehensive Plan of Action (JCPOA) “shrink-wrapped” Iran’s nuclear program.

In reality, not only did the JCPOA fall far short of counter-proliferation precedent in the Libya and South Africa, but it also failed in formally getting Iran to ratify and put in force the Agreed Framework to the Nuclear Nonproliferation Treaty. Rather than establish the world’s toughest restrictions on Iran’s nuclear program, President Obama and Secretary of State John Kerry acquiesced to, at best, the 130th most restrictive inspections and verification regimen.

The debate about whether or not Iran’s ballistic missile tests violate the JCPOA and United Nations Security Council Resolution 2231 highlights just how full of loopholes Kerry’s signature deal was. One loophole is that it does not prevent Iran from experimenting with ever-more advanced and efficient nuclear centrifuges, never mind that it was Iran’s covert enrichment that caused first the International Atomic Energy Agency (IAEA)’s Board of Governors and then the United Nations Security Council to take up the Islamic Republic’s nuclear file in the first place.

Now, word comes that Iran is experimenting with IR-8 centrifuges. Perhaps Iran cannot yet run these (legally) on an industrial scale, but they can work out all the kinks in order to be able to do so the minute the restrictions written into the JCPOA begin to expire. This means, in effect, the nightmare described by JCPOA critics—and dismissed by Kerry and Rhodes and the network of groups all sharing similar funding: Iran would have access to an industrial-scale nuclear program, fully-funded, with few restrictions and the most advanced centrifuges as soon as the sunset clauses within the JCPOA came into effect.

Washington is notorious for both its short-term perspective and for partisan political rhetoric that dwells on the past rather than the future. It is therefore all well and good for the Trump administration to bash the JCPOA as among “the worst deals ever negotiated.” It might well be. But, to simply judge the history and legacy of the Obama administration does not enhance U.S. security. Rather, Iran’s nuclear advancement even under the JCPOA should require a focus about how to contain, constrain, and counter an Iran which may very well have free rein and be on the verge of a nuclear breakthrough a year after Trump’s second term or his successor’s first term expires. 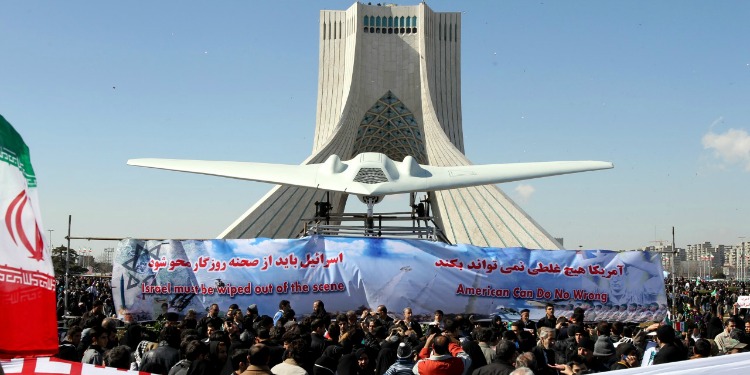