When Iranians went to the polls on February 26, they cast their ballots for two bodies: the Majlis-i Shura (parliament) or the Assembly of Experts. It has become conventional wisdom in the press that both are important. Embracing the projection at the heart of so much reporting on Iran, diplomats and journalists understand ‘parliament’ and think it akin to the U.S. Congress, with elected representatives battling it out politically as they seek to advance legislation. In reality, Iran’s parliament is like an American university’s student council: the site of very active and real debates, none of which matter as it is the university president, senior deans, or board of trustees which make any substantive decisions.

But what about the Assembly of Experts, the 86-member clerical body which picks the new Supreme Leader? After all, it is unlikely that 76-year-old Supreme Leader Ali Khamenei, who has in recent years battled cancer, will survive to the next Assembly election in 2024. So isn’t the ouster of some conservative figures and the triumph of a few reformers significant? Won’t the changing character of the Assembly of Experts effectively mean a more moderate if not reform-minded Assembly?

Here again, the answer is no. There is a marked difference between the way bodies are supposed to function on paper and the way they do in reality. The Assembly of Experts may meet once a month, but it is basically a coffee klatch. The Assembly has met only once in its history, back in 1989, to choose a new supreme leader after Ayatollah Ruhollah Khomeini’s death. Even then, however, it served as little more than a rubber stamp body because leading Islamic Republic officials had already consulted informally and settled upon Khamenei as a compromise candidate. The same thing will likely occur again — the Assembly of Experts rubber stamping a pre-ordained decision — with the only possible shake up being the appointment of a council of leaders emerging if no consensus emerges on a single figure.

Alas, it is against the backdrop of the looming leadership change that Secretary of State John Kerry may have made one of his greatest if least obvious mistakes. Whether he realizes it or not, his deal has disproportionately empowered the Islamic Revolutionary Guard Corps (IRGC) by allowing it to receive the bulk of unfrozen assets. What the Joint Comprehensive Plan of Action (JCPOA) did was not to create an infusion of money to help ordinary Iranians, but rather fill to overflowing the coffers of their chief antagonists. Then, by essentially putting an expiration date on Iran’s nuclear restrictions, the deal allows the IRGC to become custodians of an enhanced program in just a decade. What this means, in effect, is that the IRGC will go into the next leadership shuffle with the strongest hand at the table. It may not be able to put its own men in charge, but it can effectively veto anyone who doesn’t reflect its values. In effect, rather than have the revolution run out of steam, Kerry refueled it.

Reformers may have won the headlines but, thanks to a short-sighted American policy, President Obama and Kerry’s naiveté about Iran, as well as the reality that not all works as it should on paper, the chance for substantive policy change with the next supreme leader or leadership council just diminished significantly. 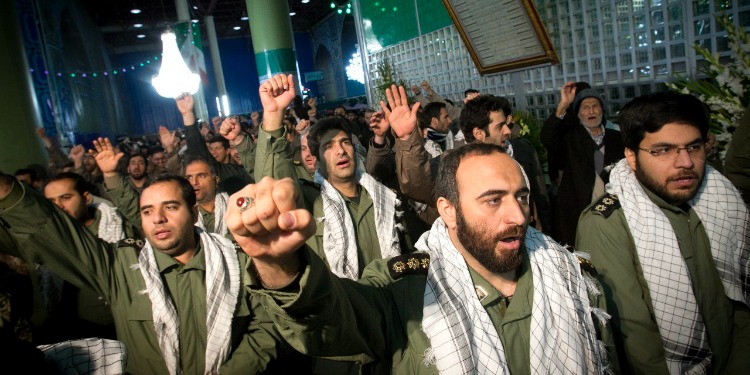