Last month, I wrote about the tendency for Western officials, journalists, and even analysts to lose sight of the forest for the trees when it comes to coverage of Iran’s presidential elections. Simply put, the power does not lay with the presidency but with the supreme leader and unelected military and security apparatus.

To suggest that Iranian elections are free and fair or, as former President Obama and Secretary of State John Kerry seemed to imply, represented the will of the Iranian people is naïve. After all, if the election of Iranian moderates reflects the desire for accommodation on the part of the broader public, then what should the broader world conclude when Iranians elect presidents like Ali Khamenei (r. 1981-1989) or Mahmoud Ahmadinejad (r. 2005-2013)?

That does not mean the elections are without importance. The Supreme Leader is a master marionette, and elections allow him to reshuffle power among various factions to ensure that none become powerful enough to challenge him. That, more than popular will, explains the revolving nature of the presidency between relative hard-line and reformist camps. To ensure this house-cleaning is one of the reasons why Rouhani passed the threshold to the presidency after one round. Diplomats present in Tehran at the time suggested this was fraud. While he was the top vote-getter, they doubted he had legitimately won a majority.

Normally, the incumbent wins re-election in Iran and, so, despite the theater of the campaign, this should mean Hassan Rouhani wins a second term. The question in this month’s election, however, revolves around the presence of Ebrahim Raisi, custodian of Astan Quds Razavi, who many analysts believe could replace Khamenei, Iran’s aging and ailing supreme leader.

This then raises the question: Is Raisi really the supreme leader’s pick or is he just being promoted by Iranians falsely claiming Khamenei’s blessing? If the latter, then there is no better way to be rid of the ambitious challenger than by letting him run and delegitimize himself. Conversely, if he unseats Rouhani—the consummate regime loyalist—than that signals a relatively quick transition will be at hand for the true leadership.

Make no mistake: When Iranians go to the polls this month, they may cast their ballots for a president, but the race is about anything but. 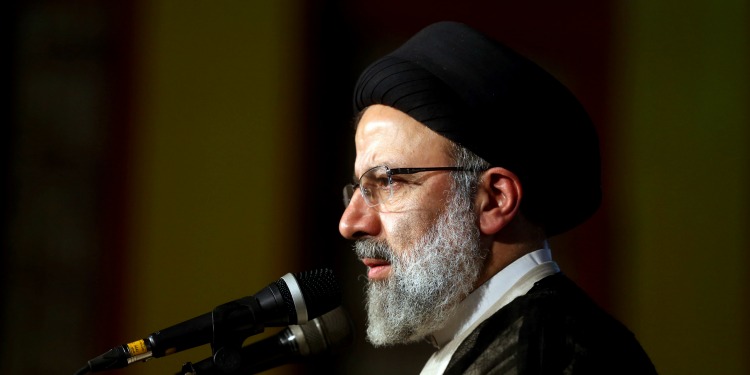