Shi’ite militias are heavily engaged in the fight against the Islamic State and, alongside more mainstream units in the Iraqi army as well as Kurdish peshmerga, are advancing on territory formerly held by the Islamic State especially in the vicinity of Tel Afar. This has led to a lot of handwringing in the United States and Europe about whether the Popular Mobilization Units consisting of those who answered Grand Ayatollah Ali Sistani’s call to defend against the Islamic State are bent on sectarian vengeance.

Consider, for example, this recent report by the Associated Press:

On the road to Tal Afar, an Iraqi city near Syria that’s been key to sectarian catastrophes in both countries over the past decade, a mosaic of rag-tag troops advancing against Islamic State militants have one symbol in common. The image of Imam Hussein, the revered Shiite figure emblematic of ancient suffering and oppression at the hands of Sunni Muslims, adorns flags and markings on a stream of armored vehicles headed to the front. It’s only a symbol, some say, which steels fighters and rallies the majority around a sense of identity in this fractured country. But to Iraqi minorities, especially those in Tal Afar, forces advancing under Shiite banner and fanfare have raised alarm… The militias, which are also backed by Iran, have at the very least antagonized local Sunnis in the past — a track record that does not bode well for Tal Afar’s current population of mostly Sunni Turkmen. And in previous Sunni areas retaken from IS such as Fallujah, they have been accused of extrajudicial killings, ethnic cleansing, and other abuses against civilians — charges they deny.

The article, however, is guilty of an important omission: According to an Iraqi parliamentarian from the Tal Afar area, many of the Shi’ite militiamen who are fighting in the area are native to it. Tal Afar was always a mixed town in terms of sectarian preference, and many Shi’ites are simply fighting to reclaim their homes. The article’s casual mention that Tal Afar’s current population is “most Sunni Turkmen” curiously omits mention the reality of Islamic State ethnic and sectarian cleansing. Its statement is akin to saying that Sunni residents of Sinjar worry about Yezidis moving in on their area.

More broadly, however, it is important to note that the Popular Mobilization Forces–Hashd al-Shaabi—in Arabic are not uniform or, indeed, even entirely Shi’ite. The Islamic Republic of Iran and Lebanese Hezbollah have sought to co-opt some of the component militias—Kata’ib Hezbollah and Asa’ib Ahl al-Haq, for example—but many others are simply staffed by volunteers who do not make the military their career but nevertheless want to do their part in a time of crisis.

Do violations of human rights exist? Yes. They do as well among the Kurdish peshmerga and, for that matter, bands of Sunni Arab fighters. But one of the outcomes of the U.S. withdrawal and putting the Iraqis first is that the result is more Stalingrad than “Shock-and-Awe.” Blatant abuses should neither be ignored nor forgiven, but it is absurd to hold Iraqis to the same standards when they have a fraction of the technology and training and face an enemy that does not wear a uniform nor does it respect the rules of war.

There is a danger in superficial reporting: Casting the entire hashd al-shaabi as an Iranian puppet risks creating a self-fulfilling prophecy. The Iranians have been successful in their recruitment among Shi‘ite militiamen not just because sectarian solidarity trumps everything, but rather because they have made an effort and the United States has not. Rather, the United States should work to excise and constrain Iranian influence when it does occur but also recognize that, for many Iraqi Shi’ites, Iraqi nationalism trumps loyalty to outside forces. 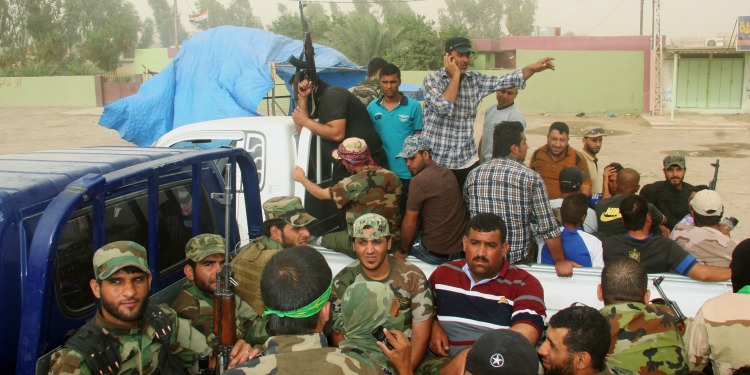