For the past year and a half, the fight against the Islamic State (ISIS, ISIL, Daesh) has dominated local conversation in Iraq. When I travel to the holy cities in southern Iraq, I often stay at a compound near which the Popular Mobilization Forces (al-Hashd al-Shaabi) trains and in which they eat. Billboards trumpet the patriotic necessity of fighting terrorism. And posters commemorating those who died in the fight against ISIS dot walls, lampposts, and storefronts around the city. Life goes on in southern Iraq and commerce thrives, but the fight against ISIS still dominates the conversation. Conversations stop when Iraqi television interrupts programming with breaking news.

Last year, I was in Iraq when Iraqi forces broke through ISIS lines to reclaim Beiji (although, as is often the case, it took several more weeks before Baghdad was able to solidify its gains) and this year I was in Karbala when television anchors reported that Iraqi forces — army and al-Hashd al-Shaabi — had broken through into the center of Ramadi with the assistance of U.S. air support. Ramadi is not alone. Iraqi forces are on the offensive. Coordinating with U.S. air support, Kurdish forces are seeking to oust the Islamic State from Sinjar, although their efforts may be undercut by political divisions and distrust among their various factions. It’s far from certain what the final outcome of the two-pronged offensive will be, and whether Iraqi forces will be able to consolidate gains (and whether fighting will erupt between Kurds and the Iraqi Army/Hashd forces over control of territory if and when ISIS is ousted, but that’s another story).

Americans may have largely forgotten about the war in Iraq, but Iraqis live it every day. Every Iraqi — Shi‘ite, Sunni, Turkmen, and Kurd — knows someone who has been killed or wounded fighting to protect their homes and their country from the Islamic State.

Hence, the residual anger about Secretary of Defense Ashton Carter’s comments last May that the Iraqi Army that “What apparently happened is the Iraqi forces just showed no will to fight.” After all, the Iraqi army and the Hashd militias had fought for a year against ISIS before their line collapsed, and many remain bitter that U.S. support was too little, too late. As many Iraqi politicians — both those normally considered pro-American and those who prefer to orient Iraq eastward — pointed out, however, Carter is only the tip of the iceberg.

Iraqi security officials and senior leaders are perplexed at just how frequently U.S. generals speak publicly and openly about the fight against the Islamic State. They cite, for example, the open chatter last year from the top of CENTCOM on down about what at the time was thought to be a final offensive against Mosul. The issue, Iraqis say, is not an effort to shield themselves from criticism but rather undermining the psychological aspects of the conflict. When U.S. generals openly criticize their Iraqi counterparts, it simply gives solace to the Islamic State and militias that might seek to undermine the Iraqi government.

The fight against the Islamic State will be a long, hard slog. Iraqis may not conduct the war in the same way the U.S. military would, nor do they have the same capabilities. And the Iraqis remain beset by political problems, the fall in the price of oil, and other obstacles. They are not in denial. While visiting the Imam Hussein shrine, I witnessed the funeral for a Hashd member killed fighting the day before, and in almost every mosque I visited, I saw donations boxes filled or filling with cash to support the fight. All the Iraqis ask for is a little discretion. Military officials should assess the situation honestly, but the U.S. Central Command leadership should share their assessments in closed sessions of Congress, not on Fox News or in the pages of New York Times. Back during Operation Desert Storm — the fight to liberate Kuwait — Saturday Night Live spoofed the press for demanding that military leaders reveal sensitive information that would undermine the allies and aid the enemy. Too often today, officials simply volunteer that information. Senior military officers might think they are speaking to an American audience, but they must recognize that every word they utter in public or to the press will be heard in Baghdad, Mosul, Damascus, and Raqqa, and they must ask what impact their statements will have on both allies and enemies. 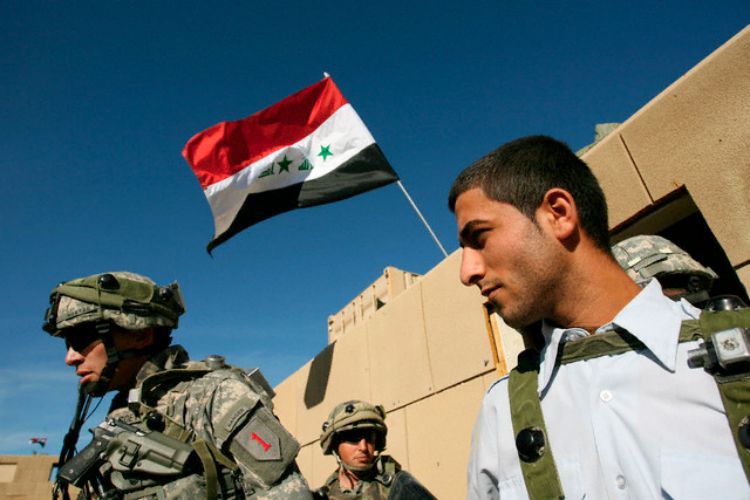