The terrorist attack on Istanbul’s Atatürk Airport, attributed to but not claimed by the Islamic State (ISIS, ISIL, Daesh), made international headlines. More than 40 Turks and international tourists were killed in the first ISIS attack inside Turkey in which ISIS targeted the general public rather than Kurds and leftists—targets toward which President Recep Tayyip Erdoğan was more willing to turn a blind eye.

But while Turkey is vulnerable—and will suffer far more terrorism in the next months and years as a result of the blowback caused by Erdoğan’s policies—it is not the only country under threat by ISIS. The week before the attack on Istanbul, there was an ISIS attack on Jordan, perhaps the United States’ chief and most consistent ally in the Arab world. The SITE Intel Group picked up a report from the Islamic State’s ‘Amaq News Agency showing video of a suicide bombing at a Jordanian army post at Rukban, near the Jordanian border with both Syria and Iraq.

The attack is ominous. If the Jordanians blame the attack on Syrian refugees, that shows that there are problems with vetting (and, remember, the Jordanians are far better at vetting Syrians than either U.S. law enforcement or intelligence). Moreover, it is a poor indicator of Jordan’s future stability, given the number of Syrian refugees it has admitted.

King Abdullah II of Jordan may be popular in the West. After all, how many Middle Eastern potentates have appeared in a Star Trek franchise? But he’s like Mikhail Gorbachev was in Russia—far more popular outside his country than inside it. Abdullah’s wife Queen Rania is unpopular for her profligacy and East Bank Jordanians resent her for her Palestinian heritage (and the fact that the crown prince, therefore, is half Palestinian). Islamist protests, meanwhile, accuse the king of a myriad of sins, from gambling to Western decadence. Jordanian security has kept the lid on the protests. Abdullah II, like his father King Hussein, has managed to combat opponents with a combination of co-option and law enforcement. That may be ending, however. Momentum matters, and so too does the image of invincibility. ISIS has kept its powder dry with regard to Jordan, but that may be coming to an end. 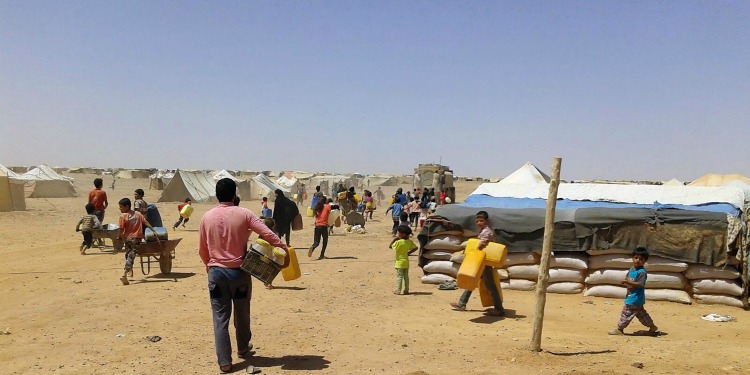