As North Korea develops nuclear weapons and tests ballistic missiles that could potentially hit the United States, the U.S. response has so far been ineffective.

President Trump has responded both with rhetorical bluster and coddling of the North Korean leader. He and deployed carrier strike groups off the Korean peninsula. He has sought to work through China. Other senior statesmen, long-time Korea hands, and former nuclear commanders have argued that Trump should curtail the bluster and engage in dialogue. While Trump’s policies have yet to bring North Korea to heel, that is no reason to embrace the failed policies of the past.

Nor have U.S. efforts to ameliorate let alone resolve the North Korean threat through China proved productive. In my book, Dancing with the Devil, a history of US negotiations with rogue regimes like North Korea and Iran, I trace how American diplomats have long sought to use China as an intermediary with North Korea, giving China a number of diplomatic and trade concessions, including access to sensitive technologies, to keep Beijing onboard. A quarter-century of this approach without any resolution suggests either China is unable or, more likely, unwilling to resolve the problem. In effect, China has engaged in an elaborate game of good cop-bad cop posturing. Chinese trade with North Korea, meanwhile, is now at record levels.

During his campaign for the White House, Trump suggested that Japan (and South Korea) might need nuclear weapons, before reversing himself against the backdrop of criticism from across the political spectrum. When it comes to Japan, he may not have been wrong.

Japan is already nuclear weapons-capable: All it would need to do is assemble a bomb it already knows how to make and has the material to do so. There is Japan’s historical antipathy toward nuclear weapons based on its status as the only country against which nuclear weapons were used in military conflict, but that anti-nuclear consensus is not as strong as some outsiders assume.  Frankly, the prospect of a nuclear-armed Japan is the only thing that really gets Chinese officials to stand up and take notice. History may not mean much in the U.S. mindset, but the historical animosity between China and Japan rivals anything coming out of the Balkans in sheer depth, especially after the atrocities of the 1930s and 1940s.

China clearly does not want a nuclear rival in East Asia; it is already uncomfortable with India having nuclear weapons. And turning a blind eye toward nuclear proliferation is not a decision that should be taken lightly.

Every country that goes nuclear (India and Pakistan, for example) or which the international community by default allows (North Korea and Iran, after the sunset clause) erodes the threshold for the next state which might decide to acquire nuclear weapons. Diplomatically, encouraging a nuclear Japan might also have second order effects as it emboldens Japanese ultranationalists, although some of the concern about this voiced in the nonproliferation community seems overblown. Regardless, when it comes to North Korea, there is no choice but to play hardball.

The United States and its East Asian allies have tried diplomacy with North Korea, only to have North Korea cheat on the Agreed Framework. Both Republican and Democratic presidents and secretaries of state have tried to work through Beijing, again without success. What should frustrate diplomats is that China could do much more to compel Pyongyang to stand down, but does not believe it in its interest to assert that pressure. Simply put, Trump and Tillerson should make clear to Beijing that, unless they bring North Korea’s nuclear program to a full stop, the United States will not stand in the way of a revision of the limits Japan’s post-war constitution put on its military and its nuclear doctrine.

Indeed, as China becomes ever more aggressive, not only by proxy through North Korea but also in the South China Sea and in Sikkim, a firmer response that goes to the heart of China’s security concerns is important. After all, while Western diplomats see talks and negotiations as ways to find a win-win solution, all indications are both Pyongyang and Beijing see diplomacy as an asymmetric warfare strategy meant to distract adversaries while consolidating military gains and capabilities.

Only if Beijing and Pyongyang step back from the brink might Washington and Tokyo reconsider. If Japan reaps diplomatic rewards and concessions from China, all the better.  After all, why shouldn’t the pattern of incentives in response to proliferators go both ways? 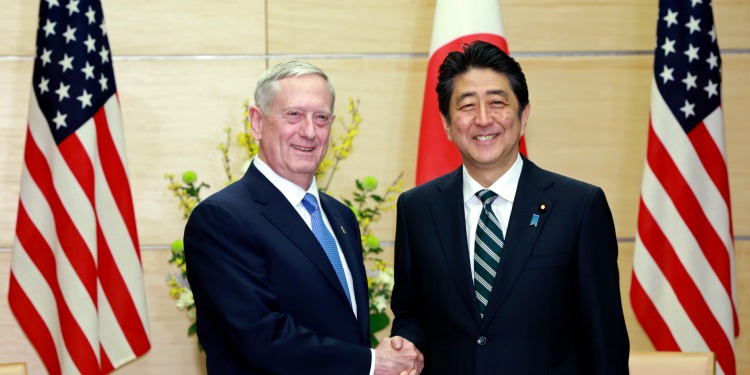