The episode was big news in Cairo, but it was largely ignored in Washington. After all, from the Pentagon’s perspective, the fight against the Islamic State was focused first and foremost in Iraq and Syria. There was also some limited attention on the growing Islamic State challenge in Libya and Egypt. That the focus, however, was overwhelmingly about land made sense. The core Islamic State entity centered on Mosul and Raqqa and was landlocked. Ditto the Islamic State foothold in Afghanistan. And as for Libya and the Sinai? Any outlet to the sea the Islamic State had was small and insecure.

Still, the Mediterranean ambush raises a question that cannot be ignored: What is a jihadist maritime strategy? Al-Qaeda terrorists attacked the USS Cole off the coast of Aden in 2000, but that episode has been overshadowed by the subsequent U.S. experience with al-Qaeda—airplane hijackings and the 9/11 attacks, as well as the war in Afghanistan. Still, the Arabs and the Islamic world more broadly have a long and rich maritime legacy, one which the symbolism-rich Islamic State can find inspiration.

After the defeat of the Islamic State in Iraq and its looming end in Syria, it’s likely that the group will scatter, but it won’t disappear. It might wage an insurgency in its old haunt and across the broader Middle East. It may sink roots in other failed states and conduct terrorism elsewhere—in Belgium, France, Great Britain, Russia, and Australia. But what might it do at sea?

Here, a recent Marine Corps University report by Norman Cigar, one of this nation’s most talented Arabic linguists and analysts, is a must-read. Cigar—who previously published on Saudi Arabia’s strategic rocket forces—turns his attention not only to the Islamic State but to al-Qaeda and extremists more broadly. What is their maritime strategy? He noted: “…A maritime jihad holds a distinguished place in the traditional hierarchy of jihad and as one al-Qaeda legal authority pointed out, is considered even more laudable than the jihad on land….” Still, the al-Qaeda embrace of maritime matters was slow in developing. Theoretician Abu Musab al-Suri mentioned maritime jihad only in passing in his 1,600-page tome on jihadist strategy.

Cigar wrote that it was al-Qaeda military strategist Abu Ubayd al-Qurayshi who first sought to integrate maritime operations into a broader jihadi strategy. Al-Qurayshi argued that this was especially important to achieve the goal of undermining the U.S. economy given the importance of trade and the freedom of navigation. If the mujahidin wanted their battle to be global, Qurayshi argued, “the next step must be to control the seas and the maritime outlets,” adding, “Just as the mujahidin have succeeded in developing martyr units on land the sea represents the next strategic step toward dominating the world and reviving the Islamic Caliphate.”

The Islamic State, meanwhile, may not have been as prolific in its strategy documents as al-Qaeda, but the attack on the Egyptian frigate was not meant to be an outlier. In 2015, one Islamic State figure declared:

Today, Worshippers of the Cross and the infidels pollute our seas with their warships, boats, and aircraft carriers and gobble up our wealth and kill us from the sea… Thank God, the descendants of our lions who fought at sea are alive and have established for us an Islamic state…and, after seizing control of the land, God willing, it will also take to the sea in what is only a matter of a short time.

The danger is not just Islamic State and al-Qaeda aspiration, but how they have fleshed out their ideas. This is the true value of Cigar’s work. He detailed, for example, how jihadists might approach command-and-control in a maritime environment and, based on their own discussions, how they might address logistics and the development of actionable intelligence.

How might al-Qaeda and the Islamic State act in the future? In short, they hope to entice the US Navy into narrow waterways off the coast of hostile coastal regions, such as in the waters not only off Yemen and Somalia but also off the coast of Libya, Egypt, Syria and in the Straits of Malacca and the South China Sea. While ships have grown accustomed to treading carefully off the Horn of Africa, Yemen is more difficult to avoid: the Bab al-Mandab between Yemen and Djibouti is a chokepoint that shipping transiting the Suez Canal cannot avoid. The same holds true with the Straits of Malacca, especially if extremists succeed in their efforts to gain footholds in Indonesia. As for the Mediterranean, the development of local gas fields and the rise of both Islamic State proxies along its shores mean that it is in play in a way that it has not since the Cold War.

There is a tendency among politicians to celebrate victories, not recognizing how transitory they are. Seldom is the mission ever truly accomplished. Simultaneously, too many strategists focus on winning the last war while counter-terrorism specialists concentrate on preventing recurrence of previous attacks. The reality is, however, that threats evolve; terrorists think outside the box. It is in this context that Cigar’s work is important for it may be a window into the future. 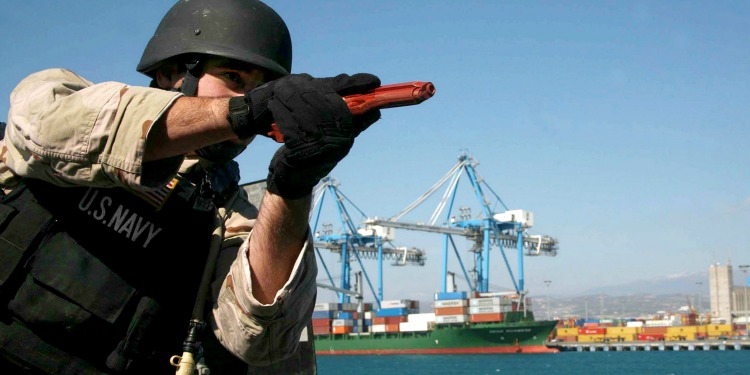