Secretary of State John Kerry might believe he deserves the Nobel Prize but, while willing to sit down with everyone, he may very well be the worst negotiator to ever occupy his Foggy Bottom office. That he surrounds himself with a team both prone to sycophancy and disdain for law, and one seemingly more concerned with who will play them in a Hollywood movie than what is wise for U.S. national security doesn’t help.

Even senators who ultimately supported the de facto passage of the Joint Comprehensive Plan of Action, the so-called Iran deal, acknowledged that it was a deeply flawed agreement. Kerry did not once define the best alternative to a negotiated agreement, thereby leading the Iranians to (rightly) conclude that dramatic threats to walk away from the table were more a bluff to counter criticism within the United States than sincere.

The basic problem with Kerry and his negotiating strategy is that he seems bizarrely dismissive or unaware that what happens at the bargaining table is only part of the deal. Leverage matters. He ignored the fact that Iran’s economy had declined 5.4 percent (according to Iran’s own statistics) in the year before talks began. The Islamic Republic made no secret of the fact that its motivation was largely financial and yet, rather than solicit concessions in order to win that relief, Kerry authorized the release of $12 billion just to keep Iran at the table. Coming to the table is not a concession; ceasing nuclear enrichment as per then operative UN Security Council Resolutions or stopping support for terrorism groups would be.

Meanwhile, against the backdrop of negotiations, Iran accelerated its enrichment. Kerry’s validators point out that the number of Iranian centrifuges increased dramatically during the Bush administration and conclude that this shows that Bush’s strategy of diplomatic and economic coercion did not work. They ignore that Europe nearly tripled its trade with Iran between 1998 and 2005, however, and that the price of oil quintupled. And, they also ignore that Iran’s enrichment of uranium to 20 percent coincided entirely with President Obama’s term. With no desire to use leverage and play hardball, the Iranian negotiating team won a deal more favorable than they might ever have expected, given the unanimity of past UN Security Council Resolutions and their own past violations.

Alas, it now seems that Kerry is making the same mistakes with regard to Syria. He appears steadfast in the belief that dialogue can suffice to win peace, and that Russia will be a true partner. Let’s put aside the fact that Putin has previously trampled upon those who put their faith in Russia’s partnership. Russian forces — which, despite the statements of Putin and some in the Obama administration, have not withdrawn from Syria — have worked to change facts on the ground ahead of diplomacy. Indeed, Russian carpet bombing has strengthened Assad and undercut the more moderate Syrian opposition. That Kerry believes that the United States can get a favorable deal when Assad is back on the ascent reflects a bizarre logic that diplomats work for the common good rather than national interest, and that intellectual will can make up for a lack of preparation, positioning, and leverage. How unfortunate it is that, in the last half-century, the State Department has not bothered to do something as basic as conduct a lessons-learned exercise about why U.S. diplomacy with rogue regimes so often falls short. 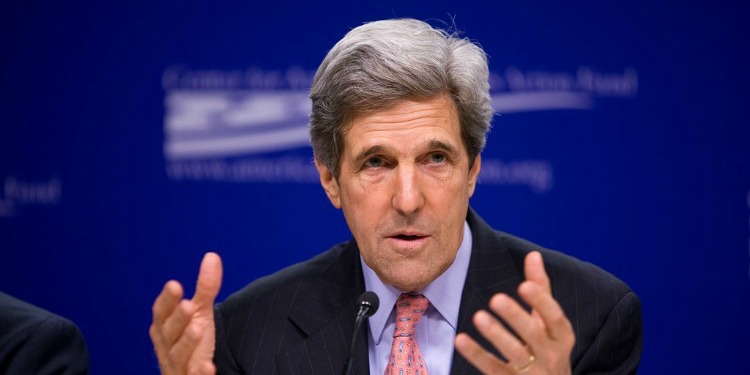