This Sunday marks the ten-year anniversary of the end of the 34-day Israel-Hezbollah War in Lebanon. The war began when Hezbollah crossed into Israeli territory from southern Lebanon, killed three soldiers, injured two others, and kidnapped two more. While Lebanon professed its innocence, it had made a conscience choice to allow Hezbollah to assert its primacy along its southern border following Israeli’s UN-certified withdrawal in May 2000. Israel’s war aims were to eradicate Hezbollah missile stockpiles and Hezbollah positions in southern Lebanon. While the Israeli military succeeded in knocking out many Hezbollah stockpiles, the Iranian-backed Shi’ite militia managed to launch hundreds of missiles and rockets, striking as far south as Haifa and killing several dozen Israelis.

A chorus of international officials called for Israel to cease its attacks at once. French President Jacques Chirac condemned Israel’s actions as “completely disproportionate,” and Russian President Vladimir Putin called Israel’s “use of full-scale force” unacceptable. Even U.S. officials chimed in. Secretary of State Condoleezza Rice warned, “It is extremely important that Israel exercize restraint in its acts of self-defense.” Hillary Clinton, then a New York senator, doubled down on the call for an immediate ceasefire and demanded the United States and Israel resolve the situation diplomatically. “We’ve had five and a half years of a failed experiment in tough talk absent diplomacy and engagement,” she said. “I think it’s time to go back to what works, and what has historically worked and what can work again.”

By diplomacy, European officials, Clinton, and eventually the Bush administration meant the problem should be punted back to the United Nations. There was some irony in this, especially since Hezbollah had armed and launched its attack under the watch of UNIFIL, the UN monitoring agency in southern Lebanon. Still, UN Secretary-General Kofi Annan promised a bigger, better (and more expensive) UN monitoring force to keep the peace if only hostilities would stop. “It is urgent that the international community acts to make a difference on the ground,” he said, “The force will be larger, the way I see it, much larger than the 2000-man force we have there.” British Prime Minister also endorsed an international force.  “The only way we are going to have a cessation of violence is if we have an international force deployed into that area,” he explained.

Ultimately, Israel caved to international pressure for a ceasefire short of fulfilling its goals to uproot completely Hezbollah. Speaking upon the conclusion of the war and the unanimous passage of UN Security Council Resolution 1701, President George W. Bush spoke about the achievement of the ceasefire and the work ahead:

Friday [August 11, 2006]’s U.N. Security Council resolution on Lebanon is an important step forward that will help bring an end to the violence. The resolution calls for a robust international force to deploy to the southern part of the country to help Lebanon’s legitimate armed forces restore the sovereignty of its democratic government over all Lebanese territory. As well, the resolution is intended to stop Hezbollah from acting as a state within the state. We’re now working with our international partners to turn the words of this resolution into action…

Alas, all the promises of diplomats and the United Nations fell short as soon as the smoke cleared. Hezbollah began the 2006 conflict with between 10,000-12,000 rockets, as well as short-and-medium-range missiles acquired as UN observers looked the other way. Today, with the more robust forced implemented after the ceasefire, Hezbollah has perhaps 150,000 missiles some of which can strike all of Israel. Far from being disarmed as the ceasefire demanded, Hezbollah now is an even more formidable force, having become battle-hardened fighting on behalf of Syrian President Bashar al-Assad in Syria.  The question regional analysts is now not whether Israel and Hezbollah will again fight, but when. The only guarantee is that when that battle occurs, it will be far bloodier than had diplomats allowed Israel to finish the job.

Are there lessons from the 2006 Israel-Hezbollah conflict? Yes. First, the United Nations does not bring peace but only delays war. Its promises are empty. UN observers and peacekeepers are often less interested in keeping peace than in feeding at the international trough and sending remittances back home. To place trust in the United Nations or the attention span of European diplomats and even the State Department is foolish. Diplomacy empowers terrorists, it does not defeat them. Nor does it do any favors for peace. Only accountability—sometimes delivered by force of arms—can convince locals to turn groups like Hezbollah into pariahs and convince countries like Lebanon and Iran that not only benefits but also costs will accompany their choices. 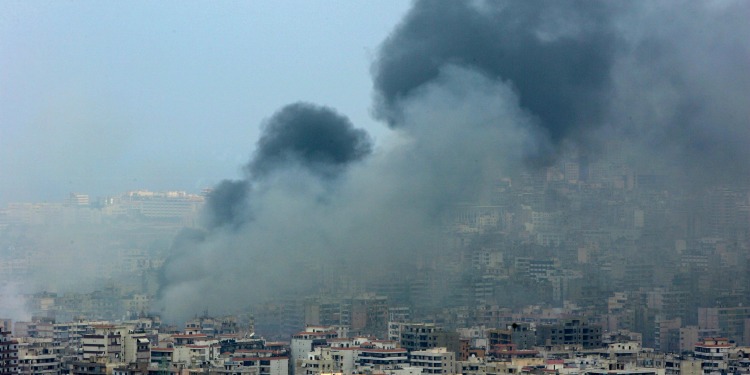