When it comes to the Middle East, Americans and Europeans are good at neither prediction nor threat assessment. The Middle East today looks very different from what anyone ever expected just two decades ago. In 1991, there was huge optimism in Washington when Secretary of State James Baker, capturing the momentum of the lightening quick victory in Operation Desert Storm, cobbled together the Madrid Conference, bringing together most of the Middle East’s most intractable foes (minus Iran) for the first time. That optimism culminated in 1993 with the Oslo Accords and the famous handshake between PLO Chairman Yasser Arafat and Israeli Premier Yitzhak Rabin on the White House lawn.

Leaving Saddam in power was a huge mistake, however. Not only did he retrench himself, but it also gave Iran time to train and cultivate Iraqi Shi’ites who previously had comparatively little to do with their neighbor to the east. Meanwhile, the hope that diplomats and professional peace-processors placed in Arafat quickly proved naïve. Iraq and the Palestinian question became slow-burning fuses. They are real problems but, until the eruption of the Islamic State in the former, they remained essentially local problems.

How ironic it was that the two issues that soaked up so much diplomatic attention ended up being so peripheral to the real forces that would destabilize the region. Sure, partisans can debate the 2003 Iraq War, but what has happened in the Middle East in recent years is much bigger than Baghdad. Likewise, while the Palestinian-Israel conflict is an equally virulent obsession among activists or activists masquerading as journalists. No matter how much Americans may like to navel-gaze, and no matter how shrilly biased European officials may be on the issue, neither the Arab Spring nor the rise of al-Qaeda and its violent offshoots have had much if anything to do with questions over the fate of Jerusalem. For Bin Laden, Israel was an occasional talking point thrown into his “Mad Libs”-style rants. Simply put, the West is neither responsible for everything that occurs in the region nor can American and European bureaucrats wielding screwdrivers thousands of miles long be able to tweak policies and implement some magic formula.

Consider how unexpected events in the region have been over the past few years:

If the Middle East were the Powerball Lottery, no one would have won the pot that would be worth billions by now. So what problem do policymakers ignore that might rear its ugly head on the horizon to the detriment of U.S. and European security? As a historian, I’m paid to predict the past, but in this case I’ll stick my neck out based simply on growing whispered concern in North Africa and Europe. The problem to watch is Mauritania.

A largely desert country wedged between Senegal and Morocco, Mauritania has the population of the Phoenix, Arizona, metropolitan area but spread over an area more than twice the size of California.

Diplomatically, Mauritania has been all over the map. It declared war on Israel during the 1967 Six-Day War, but only joined the Arab League six years later. In 1999, however, Mauritania recognized Israel, becoming only the third Arab country (after Egypt and Jordan) to do so. That openness and moderation would not last long. On August 5, 2009, the current president, Mohamed Ould Abdel Aziz, overthrew the democratically elected leader and returned Mauritania largely into the geopolitical rejectionist camp.

Mauritania is also an Islamic Republic and culturally embraces some noxious practices. While Islamic State slavery is the stuff of headlines, slavery has long been rife in Mauritania, with the Arab Berbers victimizing the country’s black population. (When I was in Senegal in 1989, I visited refugee camps filled with black Mauritanian refugees fleeing the country).

The problem is not Mauritanian human rights or lack thereof, but rather poor governance coupled with lack of government control over broad swaths of the country mixed with loose weaponry pouring in from unsecured Libyan depots looted against the backdrop of Muammar Qaddafi’s fall, as well as militants who have poured into Mauritania to escape French intervention in northern Mali. Al-Qaeda in the Islamic Maghreb also has unfettered access to most of the country. In short, Mauritania increasingly resembles Fezzan, the southern portion of Libya that is a virtual Club Med for terrorists, smugglers, and weapons dealers. The government in Nouakchott is both unable and unwilling to crack down and control its territory. In short, Mauritania is now pre-9/11 Afghanistan, only with a greater number of terrorist groups calling it home. The next devastating attack on Europe or the United States might just as easily be planned in this West African country as in Afghanistan, Pakistan, or Yemen. The only difference between them is that Mauritania is much closer to both Europe and the United States.

The United States no more pays attention to Mauritania than the European Union concerns itself with Honduras, but just because a country is peripheral to U.S. interest and Washington largely defers policy to Europe doesn’t mean that country cannot pose a threat. Indeed, ask any European security professional, and Mauritania is the grave and growing threat that they have on their radar. It is the next domino to fall, but the culture of counter-terrorism and diplomacy in the White House today is to ignore threats until terrorists shed the blood of innocents. 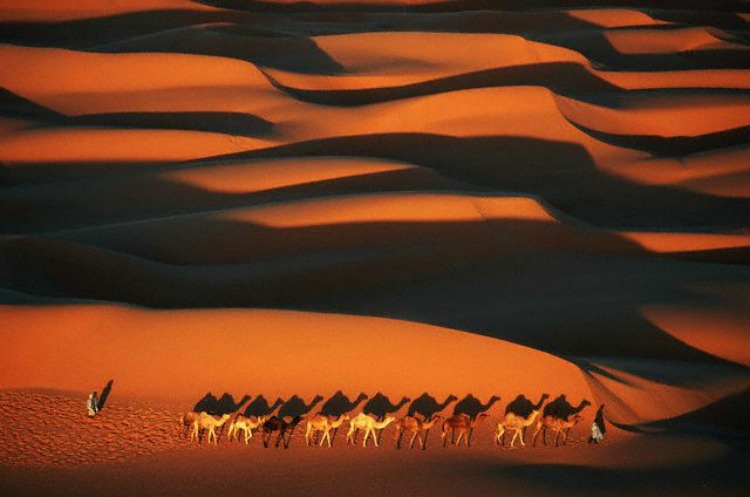