Call it the diplomatic delusion. Last June, I asked rhetorically who might be the first Western official or academic to suggest serious negotiation with the Islamic State (ISIS, ISIL, Daesh). After all, whatever the outrages a terrorist group commits, time seems to legitimize its tactics in the minds of career diplomats or Track II activists who view dialogue with near religious conviction.

Once upon a time, it was unthinkable to negotiate with Palestinian Liberation Organization chairman Yasir Arafat. After all, Arafat (who was actually born in Cairo and not in Jerusalem, as he often claimed) was an unrepentant terrorist responsible for numerous terrorist attacks and the kidnapping and execution of Cleo Noel, the US Ambassador to Sudan. In Years of Upheaval, Secretary of State Henry Kissinger noted, “Before 1973, the PLO rarely intruded into international negotiations. In the 1972 communiqué ending Nixon’s Moscow summit, there was no reference to Palestinians, much less to the PLO… The idea of a Palestinian state run by the PLO was not a subject for serious discourse.” And yet, just six years later, Carter confidant and UN Ambassador Andrew Young was talking to the PLO and, less than a decade after that, diplomats like Robert Oakley and Dennis Ross were advocating talking to the PLO about just that. The PLO might look moderate in juxtaposition to Hamas and the Islamic State. Even after the 1993 Oslo Accords, however, its actions did not show that it had internalized the change of attitude that diplomats claimed to see, and that was used to justify talks.

Then there’s Hamas. In 2003, Richard Haass, at the time director of policy planning at the State Department, dismissed any notion of talking to Hamas. “There are some groups out there you can negotiate with. You have to decide whether there are terms you can live with,” he explained. “But groups like Hamas … have political agendas that I would suggest are beyond negotiation. And for them… there’s got to be an intelligence, a law enforcement, and a military answer.” Just three years later, however, he suddenly began to push for engagement with Hamas. It is a philosophy which Secretary of State John Kerry—perhaps the most politically radical man to ever hold that post — apparently agreed. Less than a month after President Obama’s presidency began, Kerry — at the time, chairman of the Senate Foreign Relations Committee — traveled to the Gaza Strip that was at the time run by Hamas. “This administration is different from the previous administration. We believe Hamas’s message is reaching its destination,” Ahmed Yousef, Hamas’s chief political advisor in the Gaza Strip, commented.

So this brings us to the Islamic State. As the Middle East analyst Tom Gross points out, there is now an answer to the once rhetorical question: Jonathan Powell, who served as chief-of-staff to Prime Minister Tony Blair between 1995 and 2007. In The Atlantic, Powell writes:

The natural human reaction to mass murders by ISIS or their purported sympathizers in Paris, Beirut, and San Bernardino is grief, anger, and a demand to redouble efforts to “degrade and destroy” the organization. People have had similar reactions after every terrorist attack, whether it was committed by the PLO or the IRA… Once the red mist of rage has lifted, however, it’s important to think coolly and calmly about the long-term strategy for ending the horrific violence. … In reality, however, we nearly always end up talking to terrorist groups rather than defeating them militarily.

My 2014 book Dancing With the Devil examined the history of U.S. negotiations with rogue regimes (as defined by the Clinton administration) and terrorist groups. Powell is right: we do nearly always end up talking to terrorist groups. What he omits is that such talk often leads not to peace and understanding, but rather an acceleration of terrorism as terrorists playoff Western naïveté, treat the olive branch as a sign of weakness, or interpret it as affirmation that terrorism wins concessions. To suggest talking to the Islamic State further misunderstands that the genocidal movement is not motivated by grievance but rather by ideology. Has former Iraqi Prime Minister Nouri al-Maliki given greater concessions to Sunni militants or even the Sunni Arab community at large, it would not have made the Islamic State any less misogynistic or moderated its stance toward Yazidis, Christians, Shi‘ites, and Jews.

Diplomacy handled well can save lives. But handled by those who see in it a formula to resolve problems regardless of adversary, it does that opposite. Let’s recognize these calls for what they are: ideological gangrene to Western Civilization. 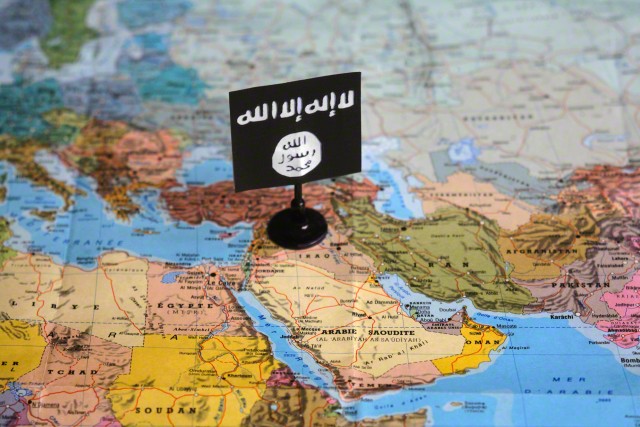