One of the reasons why Recep Tayyip Erdoğan managed to change Turkey fundamentally and probably permanently during his tenure as prime minister is that as he implemented his reforms undermining opponents, and ultimately freedom, he suggested that he enjoyed U.S. and European Union support. U.S. diplomats continued their paeans to Turkey and its democracy, even as Erdoğan laid the legal foundation to send his opponents to prison. President Barack Obama went so far as to single out Erdoğan as one of his most trusted foreign friends.

That close personal relationship ended around 2013 when Erdoğan’s anti-Semitic conspiracy-mongering and support for terrorism became too much for even President Barack Obama to ignore. Erdoğan may want to pretend he remains perceived as a serious leader and partner, but Washington is finally signaling that is no longer the case:

The American Turkish Council (ATC) has for decades been a leading business association which emphasized and symbolized the U.S.-Turkey defense relationship. Its former head, Amb. James H. Holmes, bent over backwards both to downplay Turkey’s turn and indulge the positions of Turkey’s ruling party. Yet even that was not good enough for Erdoğan, who perceived a slight when a news digest acknowledged an ongoing controversy. For that offense, Erdoğan demanded and received Holmes’ ouster.

Next week marks the first ATC conference since Holmes’ ouster, and the ATC is struggling to stay relevant as Turkey’s cache in Washington and Congress plummets to depths never before seen in bilateral ties. Turkey, hoping to prop up the new pro-Erdoğan ATC leadership, is sending Vecdi Gönül, its defense minister. President Barack Obama is matching that presence, not with U.S. Defense Secretary Ash Carter but rather Bruce H. Andrews, the deputy secretary of Commerce. That’s a diplomatic slap, but a well-deserved one. Indeed, no senior level U.S. official plans to attend with the exception of Senator John McCain (perhaps he and his aides might consider the signal his presence sends to Erdoğan and how the imprimatur he gives undermines those seeking to hold Turkey to account for its support of the most radical factions in Syria).

Either way, the Obama administration’s ATC snub appears the rule now, rather than the exception. The Atlantic Council has for several years made its Energy and Economic Summit its flagship event. The sponsorship it derives provides a good chunk of revenue for Atlantic Council operations. The conference is permanently hosted in Istanbul, and its organizers in Washington have long been deferential to AKP sensitivities, often to the point where few if any members of the Turkish opposition are present. The Atlantic Council has long judged its success less on research and analysis, and more on the speakers it can attract. In 2014, Vice President Joseph Biden spoke at the conference. In 2013, Secretary of Energy Ernest Moniz led the Obama administration delegation and, in 2012, his deputy Daniel Poneman represented the Obama administration. And this year? According to the conference website, the senior U.S. official present will be Amos Hochstein, the Special Envoy and Coordinator for International Energy Affairs leading the Bureau of Energy Resources at the US Department of State.

Turkey has been on a negative trajectory for a decade but for years, the close personal relationship between Erdoğan and Obama effectively papered over some of the bilateral strains. Many Turks remember the Clinton’s fondly because of their visit after a devastating 1999 earthquake, but Hillary Clinton’s imploding campaign makes increasingly unlikely that most Turks’ choice to succeed Obama will make the cut. Even if she did, and whatever her faults, she would most likely not prove as deferential to Erdoğan as her predecessor. In short, and regardless of party, the new U.S. president will likely confirm a sharp deterioration in the once vaunted U.S.-Turkish relationship. Perhaps the 2015 ATC and Atlantic Council conferences simply confirm the new normal, one based on consequences to Turkish behavior. If so, it has been long overdue. 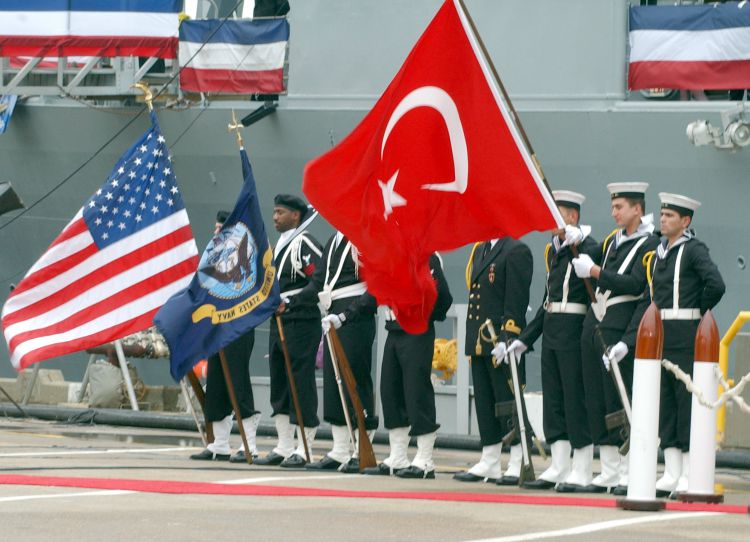