David Silverstein, executive director of the Association for the Study of the Middle East and Africa (ASMEA), has written to object to my post from last week, “Educators, Don’t Let Yourselves Be Used by Middle Eastern Autocrats.” Silverstein’s letter is below, followed by a brief rejoinder:

I am writing in response to Michael Rubin’s recent article about ASMEA that grossly mischaracterized the efforts of the Association, and to request either a correction of the record or the right to rebut some of the assertions made in the article.

His article makes three major points: 1) ASMEA was created by Bernard Lewis and the late Fouad Ajami as an antidote to the politicized bias in Middle East studies perpetuated by the Middle East Studies Association; 2) The Kurdistan Regional Government and it’s incumbent ruling party suffer from corruption, and; 3) ASMEA has abandoned its principals and is no better than MESA for having invited a group of Kurdish scholars and politicians affiliated with the ruling party in the Kurdistan Regional Government to participate in our forthcoming annual conference.

On the first and second assertions I agree. However, the assertion that ASMEA is “heading down the path hewn by MESA, rather than steering clear of its predecessor’s mistakes” because we invited the aforementioned individuals to participate in our event is irresponsible and mistaken.

You should know that this last assertion was made without the benefit of contacting ASMEA, its officials, or (as far as I can tell) any of its members. Further, Rubin has never been a member of ASMEA, attended any ASMEA event, or subscribed to our peer-reviewed Journal of the Middle East and Africa. Apparently, he sourced his article exclusively by consulting our website where he failed to find other examples of offensive conference participants that would lead us down MESA’s path.

In the article he states that “Kurdistan is very relevant to discourse today and that ASMEA is wise to address its rise” and then goes on to excoriate AMSEA for failing to include Kurdish voices he finds palatable. Had he bothered to check with us first he would have learned of our attempts (some ongoing) to secure the participation of Kurds representing the Kurdistan National Congress (an umbrella group for all Kurds), PYD (Syria), PKK, HDP (the Kurdish party in Turkey), and PJAK (Iran). Ensuring their participation is no easy task: some of these people are subject to visa restrictions while others are too engaged in local political and military affairs to break away.

In addition, he would have learned about our conference panels on Kurdistan consisting of scholars and graduate students from around the globe, as well as ASMEA’s tradition of inviting members of the diplomatic corps (including ambassadors from post-Qaddafi Libya, Bahrain, and Iraq, as well as the Deputy Foreign Minister of Morocco) to provide opening remarks at the conference. Their political views may or may not reflect the views of the majority of ASMEA’s members, but they provide a useful window into current events for our group of scholars that seldom enjoys access to such practitioners. He can say what he wants about the KRG Representative but she isn’t anti-America, anti-Israel, or anti-West, and she is an articulate promoter of the Kurdistan region of Iraq. She fits our needs perfectly.

Rubin should know that, unlike MESA, we do not impose political litmus tests on our members, refuse to participate in the academic boycott of Israel, and set high standards for our journal and event participants. In reviewing past conferences, he should have found that our crowd doesn’t include scholars ranting about American colonialism, expostulating on homo-nationalism, flacking critical theories of gender apartheid, or justifying Islamist terror. That’s because ASMEA’s scholars, many of whom are refugees from MESA, come to the annual conference expecting to debate the broad range of issues that impact our regions of study in a serious and respectful manner. Activism masquerading as trendy scholarship has no place at ASMEA.

In sum, Rubin has a history of good writing on Kurdistan and, in my opinion, understands the region well. But his article on ASMEA is unfair and ill-informed, and his implication that ASMEA suffers the same deficiencies he sees in the Kurdistan Democratic Party (which he likens to Mahmoud Abbas and the Palestinian Authority) are insulting and plain wrong. He may know Kurdistan, but he doesn’t know ASMEA at all.

I thank David Silverstein for his thoughtful response. We both agree that ASMEA can provide a useful counterbalance to MESA, which has allowed itself to be hijacked by activists which subordinate academic integrity to political agenda. And I recognize that my criticism struck a nerve. Attendance at ASMEA is neither here nor there. Certainly, a lack of participation in MESA does not undercut Silverstein’s nor the ASMEA’s board’s criticisms of that body.

But, let’s cut to the chase: MESA’s credibility began to erode when it ceased promoting scholarly debate and instead became a forum for groupthink. Silverstein is correct that ASMEA does a better job promoting scholarship relevant to the real world. And I applaud ASMEA’s willingness to consider the Kurdish question, as the announcement for its forthcoming conference makes clear. It is unfortunate, however, that it does not uphold principles of scholarly tension and debate to do so. Against the backdrop of constitutional crisis and political chaos, it is regrettable that ASMEA now doubles down on the idea that it is appropriate to host a marquee panel with representatives from a single political faction (and an outside scholar sympathetic to that faction). The idea that visa restrictions prevented a balanced panel ignores the fact that other Kurdish parties have representatives in Washington, DC, and that there are many scholars — Denise Natali at the National Defense University, the World Bank’s Aliza Marcus, or Michael Gunter at Tennessee Technological University, to name a few — who have broad experience in the region and are well-connected across Kurdish political trends.

As for the Special Remarks by Bayan Sami Abdul Rahman, the Kurdistan Regional Government (KRG)’s representative in Washington, DC, ASMEA is right to seek to facilitate discussion between the policy community and academics. I knew Bayan’s father well, and Bayan is widely understood to be Iraqi Kurdistan’s most talented diplomat. Herein lies the problem: One of Rahman’s tasks has been to restrict academic debate in Washington, by seeking to tie KRG money and access to high-profile leadership to assurances that KRG officials will not face critical questions. Silverstein might object to a comparison between Palestinian Authority leader Mahmoud Abbas and KRG President Masoud Barzani, but the salient point is both refused to step down at the conclusion of their legal terms. To host a speech — without respondents — effectively allows the KRG to imply ASMEA legitimacy and endorsement where none exists.

Silverstein suggests I implied, “ASMEA has abandoned its principals and is no better than MESA.” That is inaccurate. What I wrote was: “ASMEA appears to be heading down the path hewn by MESA, rather than steering clear of its predecessor’s mistakes.” ASMEA is no MESA, but it is not immune from that body’s mistakes. If ASMEA believes one-sided panels and obsequiousness to the concerns of any Middle Eastern party is appropriate, then the problem the group faces is deeper than I thought. Let us hope, however, the examples about which I wrote remains the exception rather than the rule. 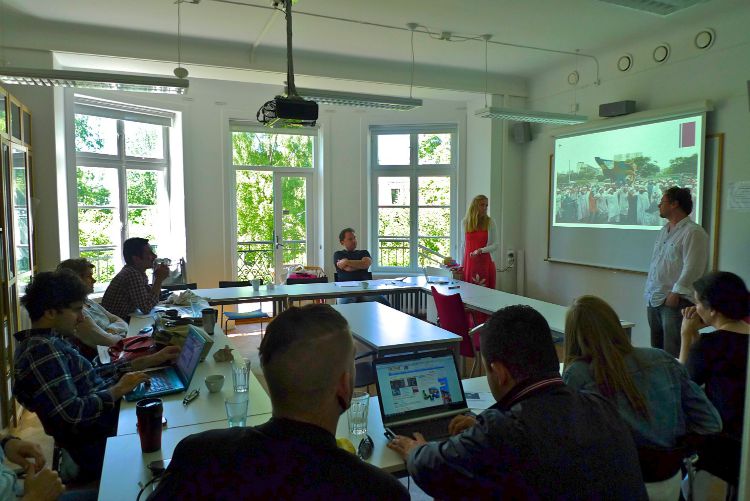