Historians, democracy activists, and diplomats really should one day study Turkey, and how over the course of just over a decade, its leadership managed to transform the country from an aspiring albeit imperfect democracy into a test case for transformation into autocracy.

There is enough blame to go around. In 2002 and 2003, a few neoconservatives saw in Recep Tayyip Erdoğan hope to bridge the gap between Islamism and democracy. They saw Erdoğan as reformed in his approach from his time as an acolyte of more hardcore Islamist Necmettin Erbakan; they believed he had learned his lesson about ignoring the constitution after, in 1997, Turkey’s constitutional court (under military pressure) dissolved the Erbakan government and dissolved the party.

Many Turkish businessmen turned a blind eye toward Erdoğan’s excesses so long as the economy kept improving. And, in the first several years of his rule, a combination of smart reforms and the demographic dividend did the trick. Erdoğan wanted to confiscate a bank or two, or threaten to knock down a hotel? Either don’t rock the boat, or make a donation to the Justice and Development Party (AKP), or give his son a lucrative wedding gift and hope the problem would go away.

Many liberals, meanwhile, were willing to turn a blind eye. In the United States, the issue was less fair consideration of Erdoğan’s record, and more the idea that if neoconservatives or Republicans criticized him then progressives should support him. Here’s Matthew Yglesias, for example, arguing that the Erdoğan deserved support, basing his argument less on knowledge of Turkey and more on the idea that if those whose politics he disliked opposed Erdoğan, then here was a man deserving of support. Within Turkey, more liberal elements applauded Erdoğan’s willingness to take on the military. The issue became less rule-of-law and more of targeting the ‘right’ people.

Then there were the followers of Fethullah Gülen. They, like many of Erdoğan’s followers, resented how previous military regimes and staunch Kemalists had treated them. They certainly cooperated with Erdoğan long after others recognized his true colors and fell by the wayside. Ultimately, however, Erdoğan was unwilling to share the stage among those Turks who prioritized Islam in their identity, and he turned viciously on Gülen and his followers; launching witch hunts, closing schools, and using the full leverage of the state to demand ouster of those in both the public and private sector whom he suspected of following or even being sympathetic to Gülen’s teaching.

The Kurds, too, were willing to give Erdoğan benefit of the doubt for too long, applauding his targeting of the Turkish military and reading sincerity into his outreach first to Kurds in general and then to the Kurdistan Workers Party (PKK) in particular. In hindsight, however, they recognize that Erdoğan was insincere. Each period of outreach occurred before elections, and then Erdoğan turned his back on his commitments in their immediate aftermath, once he had gotten what he wanted.

Not only U.S. and European diplomats, however, but also the White House also rejected reality. They saw in Erdoğan not a threat and a man intent on tightening control in Turkey, but rather a partner whose motives the opposition unfairly impugned. During the Bush administration, Assistant Secretary Daniel Fried suggested the AKP was equivalent to a Christian Democrat party in Europe; the State Department held firm to such beliefs even after Erdoğan declared his goal “to raise a religious generation.” Ross Wilson, U.S. Ambassador to Turkey, dismissed the Turkish opposition as a cacophony, and Wikileaks shows that the U.S. Embassy in Turkey dismissed privately reports of the influx of Green Money and other crackdowns, assuring Washington from the comfort of the embassy bubble that all was well. When President Obama welcomed Erdoğan to the White House in 2013, he published an op-ed in a newspaper celebrating U.S.-Turkish relations unaware or not caring that it had been seized by Erdoğan and transferred to a family member.

Some think tanks in Washington have been part of the problem. The Atlantic Council has made its annual Istanbul Summit a major source of fundraising and, in order to maintain good graces and attract top-level Turkish officials, and the sponsorship of firms close to the ruling party, it has been willing to downplay honest analysis in favor of a policy that favors almost exclusively the AKP. Other Turkey analysts at other think tanks also seem to have altered analysis to preserve access, with the net result that they no longer provide an honest assessment. (What is surprising is how readily they acknowledge this fact to their friends and colleagues).

The net result of a decade of apologia has been that Erdoğan has had remarkable success at constraining freedom and transforming Turkey. These issues have been covered amply before, but Erdoğan has cracked down on lifestyles not his own, waged war on the free press, created and co-opted universities, purged the military, and imprisoned a wide range of civil society activists whose agenda he disliked while peppering others with lawsuits. He has further transformed banking, eroded gender equality, and completely turned Turkey’s foreign policy on its head. In other words, he has gone from the elected leader of a democracy and fulfilled his ambition of becoming its autocrat. Alas, all signs suggest that might not be enough for the Erdoğan: Rather than just control power, he now seeks to control thought.

His latest changes to the Turkish education system should raise real alarms. From Gurkan, a well-known Turkish blogger and fierce defender of Turkish rights and freedom (edited slightly for grammar):

After last year’s signaling of a lifestyle indoctrination by President Erdoğan, this year’s new rules and updated regulations seems to target the students’ future experiences and use of free speech and free inquiry. President Erdoğan had said “We have a problem with certain things, still. Thus we will tackle those problematic feelings by presenting [children with] a lifestyle, starting from as early as kindergarten onward.”

Erdoğan had been talking about how the educational system was working in favor of “traitors.” This was an open call for educational experts to work on new precautions to stop treason. The new rules and regulations that all children at school between the ages of 7 and 18 are subjected to now are as follows:

“National Values” is a recognized criterion that requires all pupils to comply with national and spiritual values; as well as present behaviors that follow general morality and customs. Failure in compliance results in expulsion from school.

Separatist, destructive, immoral, pro-violence content in the form of audio, textual, visual, video material will bring ultimate expulsion from school, and the pupil will not be accepted back to schools anymore.

Students will only be allowed to miss 30 school days throughout the year; those who wish to become hafiz [memorize the Koran] will not be required to comply with the 30-day limit.

Students who work with information technology without the knowledge and control of the teacher will get disciplinary punishment….

Erdoğan transformed Turkey and repressed his competition because Turks and Westerners both, either for selfish reasons or out of naiveté, were willing to turn a blind eye. Today, not only Turks but also Kurds and Europeans pay the price through increased violence and second-order migration on the part of those like the Nusra Front and Islamic State whom Erdoğan supports, or in the bombing campaigns Erdoğan now conducts against the Kurds out of racism, spite, or both.

Can it get worse? Yes. Turkey is far from totalitarian, but Erdoğan as president has signaled that his tolerance toward opposition is increasingly limited. He is willing to precipitate war with the Kurds rather than allow them free access to the polls and abide by the result of their choice. In the short-term, he will work within the bounds of his would-be autocracy. In the long-term, however, he appears to be fulfilling a dream to limit the parameters of permissible thought to that of his own mind, then he will set the next generation down the path not simply to autocracy, but rather will prime them toward totalitarianism. 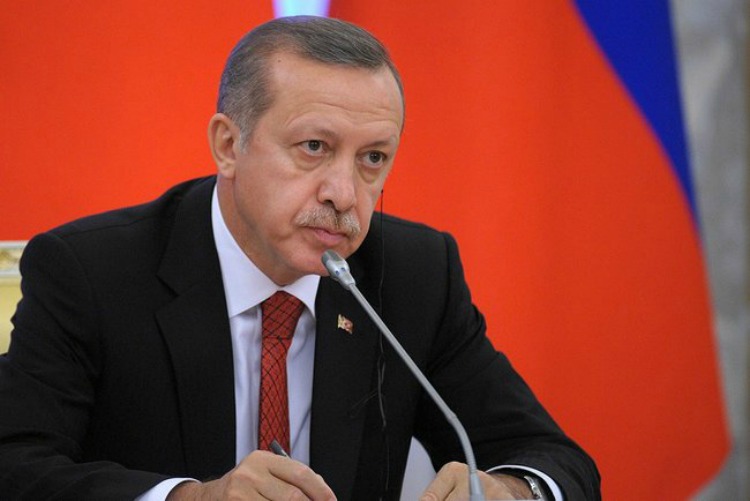