Over the past week, two big things have happened on the terrorism front. First, the U.S. Supreme Court ruled that victims of several Iranian-sponsored terrorist attacks could collect money from the Central Bank of Iran. According to CNN:

The Supreme Court ruled Wednesday in favor of victims of terrorism and their families in a 6-2 split, clearing the way for them to collect nearly $2 billion from the central bank of Iran. The court decided Congress had not exceeded its authority when it passed a law aimed specifically at securing such restitution. “(The law) provides a new standard clarifying that, if Iran owns certain assets, the victims of Iran-sponsored terrorist attacks will be permitted to execute against those assets,” Justice Ruth Bader Ginsburg, writing the majority. “Applying laws implementing Congress’ policy judgments, with fidelity to those judgments, is commonplace for the Judiciary.”

The Islamic Republic of Iran, a country whose regime has neither apologized nor shown remorse for the hundreds of Americans who it and its proxies targeted and kill, has reacted with predictable outrage. Iranian Foreign Minister Mohammad Javad Zarif, for example, denounced the Supreme Court ruling and promised that the United States “would be held accountable.”

At the same time, the Obama administration is proceeding in its efforts to declassify the 28 pages of the Congressional Joint 9/11 Report that reportedly delve deeper into Saudi involvement in the most devastating terrorist attack ever on U.S. soil. Make no mistake; that declassification is about 15 years overdue. A bill is now working through Congress that would allow 9/11 victims to sue Saudi Arabia for the role of its officials in that day’s horrendous terrorist attacks. To this, law professors Curtis Bradley and Jack Goldsmith have penned an op-ed arguing against such measures. They write:

But the bill’s potential for harm extends far beyond bilateral relations with one ally. It would also violate a core principle of international law, and it would jeopardize the effectiveness of American foreign aid and the legitimacy of the United States’ actions in the war on terrorism. A nation’s immunity from lawsuits in the courts of another nation is a fundamental tenet of international law. This tenet is based on the idea that equal sovereigns should not use their courts to sit in judgment of one another. Many nations have tacitly agreed to limit immunity in specified contexts, such as when they engage in certain commercial activities. But apart from those exceptions (or where a binding treaty or Security Council resolution otherwise dictates), international law continues to guarantee immunity, even for alleged egregious crimes. No nation benefits more from this arrangement than the United States. It conducts far more diplomatic, economic and military activities abroad than any other nation. Were the sovereign immunity rule to weaken, the United States would be subject to many more lawsuits in foreign courts than any other nation and would become an attractive and high-profile target for politicized litigation designed to contest its foreign policy.

Bradley and Goldsmith make valid points, but 9/11 was no mere theoretical dispute over foreign policy. This was not Saudi vehicles parking illegally or paying maids below minimum wage. Rather, it was a deliberate attack on U.S. territory and the U.S. economy.

It is true that other countries might respond in kind to the United States, though most respectable countries would have far more to lose than gain from such actions, and the United States can afford to ignore less than respectable countries, think the Zimbabwes, Venezuelas, and North Koreas of the world. At the same time, it is worth considering the opposite: What is the cost of not holding to account those who perpetrated or facilitated an attack in the heart of New York City?

This was a conundrum at the heart of “Sovereignty Solution,” a book co-authored by Anna Simons, Joe McGraw, and Duane Lauchengco. They proposed generally that governments should be responsible for their citizens and note that sovereignty is both an honor and a responsibility. When a citizen of a country perpetrates an attack, then that country has a choice: shield its citizen or hold them to account. If a Belgian citizen sought to strike at the United States, Brussels would likely cooperate with the United States to bring that person to justice, even waiving diplomatic immunity if need be. When Iranian or Saudi elements sponsor terrorism, Tehran and Riyadh should have the same choice: Join with the United States to bring the perpetrators to account or shield them. If the latter, then the government of the country should assume responsibility. Sovereignty Solution is, of course, far more complicated but it really has been one of the most insightful and provocative books on statecraft of the decade

In the Supreme Court victory for victims of terrorism and their families over the Islamic Republic of Iran, the court deferred to Congress. Perhaps Congress and, more broadly, the White House should then work more to protect and advocate for American victims of terror rather than for those who shield the terrorists. If a country does not want to risk the consequences of its citizens attacking the United States, then it should damned sure put mechanisms in place to make sure that the money is expends on radicalism isn’t used for that purpose and that it doesn’t distribute diplomatic passports without recognition of the consequence of their recipients engaging in an act of war.

The United States should not treat Saudi Arabia unfairly, but if Saudi Arabia truly did wish to be an ally, it would recognize that it is their responsibility to bring to justice those of its employees or civil servants who contributed materially or in services to that fateful day. 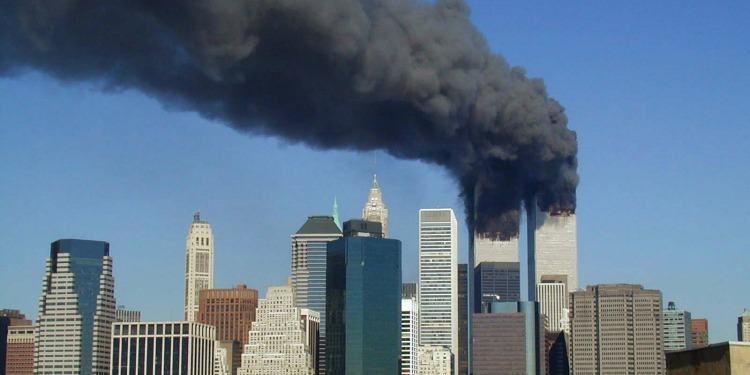