The United States and Saudi Arabia established diplomatic relations in 1933, but it would be another decade before the alliance between the absolute monarchy and the world’s most powerful democracy would take root. In 1943, U.S. President Franklin Delano Roosevelt declared Saudi security a vital U.S. interest; Saudi Arabia thereby became the only non-combatant (at the time) to become eligible for lend-lease support. Then, on February 14, 1945, Roosevelt met King Saud, discussing a wide range of issues ranging from energy and security to the Cold War to Jewish immigration into Palestine. The summit would seal a special relationship that would last until the Obama administration.

Saudi Arabia has never been a pleasant place. I have visited the Kingdom three times, first to the Eastern Province, then to Riyadh, and finally to Jeddah. Jeddah was perhaps the most relaxed — as the port of entry for the Hajj, it is perhaps Saudi Arabia’s most cosmopolitan city, but even that’s relative. Westerners tended to isolate themselves in compounds, insulating themselves from the strict conservatism that Saudis imposed on the country. When I first visited Saudi Arabia in 1994, almost every foreigner had a story about a run-in with the mutawwa, Saudi Arabia’s notorious and often arbitrary religious police.

Saudis long ago gave up caring what most Americans thought, even though the anti-Saudi backlash sparked by the 1973 oil embargo struck a nerve. Still, the Saudis have long based their strategy on cultivating strong, personal ties with U.S. presidents and senior senators and officials. Consider the intimacy if not informality, for example, of these photographs of longtime ambassador Prince Bandar with Presidents George W. Bush, George H.W. Bush, and Ronald Reagan. Bill Clinton has been friends with Prince Turki, who rose to head the Saudi intelligence services, since college. For all of President Jimmy Carter’s talk of human rights, he too fell under the sway of the largesse the Saudi leaders bestowed on their friends.

Indeed, buying influence and power with those in power, and making strategic donations when necessary became the core of Saudi strategy. Seldom did anyone — New York Mayor Rudy Giuliani excepted — turn down $10 million donations.

The Saudis also tried to buy influence, if not through media, then in universities and think tanks. Yale University, for example, just accepted a $10 million donation to fund an Islamic law center. Saudi Arabia and its component interests have long been an important donor to the Middle East Institute and perhaps even the ‘pro-Israel’ lobby J-Street (this would be especially ironic given J-Street’s full-throated support for the Iranian nuclear deal). In a 2002 Washington Post article, Middle East Institute president Edward Walker acknowledged that Saudi Arabia provided $200,000 out of the organization’s $1,500,000 budget. Saudi Arabia also bestowed its largesse upon the Clinton Foundation, Middle East Policy Council, and nearly every former U.S. ambassador to Saudi Arabia with the exception of Hume Horan. This does not even begin to touch official lobbyists for the Saudi Kingdom.

Many recipients of Saudi largesse carried water for the Kingdom, often slandering and skewering those whose policy prescriptions ran counter to Saudi whims and biases. During the George W. Bush administration, Saudi-funded officials targeted not only senior officials but also relatively junior officials, pushing corrosive and often anti-Semitic conspiracy theories in order to undermine careers and promote Saudi Arabia’s sectarian vision vis-à-vis Iraq and its general opposition to the U.S.-Israel partnership. Saudi officials might have plausible deniability that their hands were clean; it was their American friends who threw fireballs and wallowed in the muck.

Perhaps the Saudis confused money with friendship, however. As Barack Obama turned against Saudi Arabia, Riyadh found its old clients either powerless or unwilling to help when the money dried up. Money and friendship are seldom synonymous. If the Saudis are at all introspective, they might consider that they traded the possibility of broader and more solid relationships to their own irrational anti-Semitism and a desire to win short-term policy victories by any means necessary.

The Council on Foreign Relations’ Max Boot and Senator John McCain are both correct that Saudi Arabia might be problematic but that the Kingdom makes a far better ally thanIran. The Islamic Republic’s support for Islamic extremism has now surpassed Saudi Arabia, which has sincerely reformed its incitement and practices since it began suffering blowback a decade ago and, regardless, has always been available for the 3 a.m. call. The fact that so many in Washington have forgotten that and are willing to gleefully throw Saudi Arabia under the bus is a sign that the Saudi strategy of ignoring debate and buying off presidents and ambassadors was never as wise a strategy as cultivating true friendship. Nor was the Saudi penchant for attacking by proxy rather than reaching out to policy opponents a way to build a long-term relationship. Perhaps it’s time for Saudi diplomats to stop expressing disbelief about how Washington’s attitude has changed and start considering that what went wrong goes beyond President Obama and Secretary of State John Kerry. 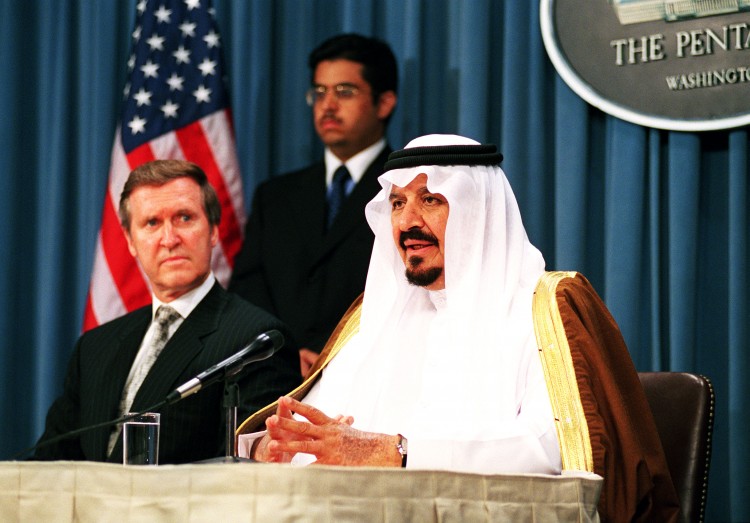