Progressives, environmentalists, politicians, and even many corporations have dedicated themselves to increasing the amount of alternative energy Americans produce and use. To many Americans, this means foregoing coal and oil in favor of wind, hydroelectric, or solar power. Fights over the Keystone XL pipeline or Dakota Access Pipeline have less to do with fears of spillage or respect for Native American sacred ground and more to do with antipathy toward expanding gas and oil use and encouraging any further development or exploitation of Canadian oil reserves, especially from Alberta’s tar sands.

None of these trendy renewable energy sources is a panacea. Wind farms shred migratory birds, and solar farms fry them. Dams can wreak havoc on ecosystems. None produce energy as cheaply as fossil fuels, even after decades of government incentives and subsidies. Too often, however, alternative energy advocates ignore nuclear energy.

Nuclear power plants are shutting down across the United States; the Three Mile Island plant famous for a partial meltdown in 1979 will close completely in 2019. Nuclear plants produce zero emissions, and utilities (and, by extension tax payers), have paid off the capital investment decades ago. Even if many of the arguments against oil are spurious, oil alone won’t provide energy security, especially as, history shows, its price rotates between peaks and valleys. As Americans shift toward alternative energy, can the United States meet its energy needs without nuclear power?

A new book being released next month by the Hoover Institution suggests not. Written by Jeremy Carl and David Fedor, two energy experts who respectively have experience making nuclear power plants safer and building them, Keeping the Lights On at America’s Nuclear Power Plants argues that, while nuclear power alone is not a panacea to resolve energy problems, the United States won’t be able to solve its energy needs without nuclear power playing a major role.

They make a persuasive case: While nuclear power provides about 20 percent of U.S. electricity today, it accounts for two-thirds of carbon and pollution-free power produced. They do not ignore the downside of nuclear power, but nor do they exaggerate it. They note that nuclear power releases less radioactivity into the surrounding environment than burning coal. Nuclear power has also produced less death and injury to humans than any other form of energy production.

Security matters. The U.S. investment in nuclear plants has given the United States unique leverage. “We know that our country’s dominance in civilian nuclear power has been a key part of America’s ability to set norms and rules not just for power plants in less stable places around the world but also for the con­trol of nuclear weapon proliferation,” they write. The nuclear plant building boom in East Asia and the Middle East means that reactor technology will continue to develop and become safer.

The authors are realists. They lament the polemics and “zero-sum mindset” so many activists adopt. Instead, they recognize that “Fans of gas or nuclear, electric cars or oil exports, fracking or rooftop solar—in the end, all are linked by common markets and governments. Each shot fired in anger ricochets through the system, sometimes with unexpected consequences.”

The whole monograph is worth reading. The authors are both academics and experts, but write clearly and make the technical and regulatory issues easily digestible. They are environmentalists but do not allow politics or polemics blind them to science. They are policy prescriptive, and make the case that—whether Democrat or Republican and whether at the federal or state levels—nuclear power is not going away. If the United States turns its back on nuclear energy generation, the consequences will be felt environmentally, economically, and in terms of global energy influence. Keeping the Lights On should be on the reading list of any serious executive or legislative branch energy-issue policymaker, and the journalists who cover them. 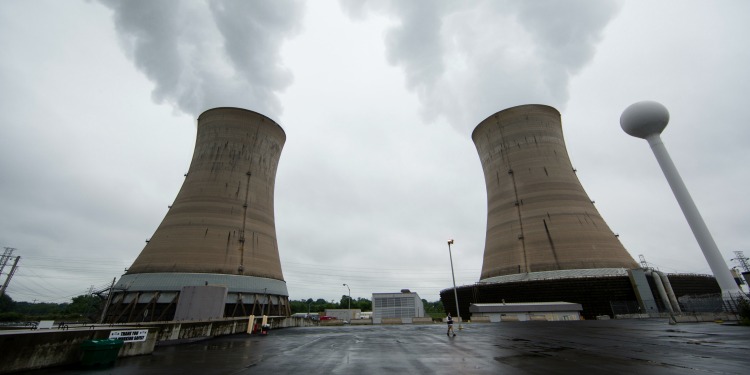