On Election Day, Secretary of State John Kerry ventured where no other secretary of state had gone: Antarctica and the South Pole. From Voice of America:

Kerry is to venture to Antarctica and most likely will step on the South Pole, officials at the State Department announced Friday. Kerry is to become the first secretary of state and the most senior U.S. official ever to visit the frozen continent. Kerry’s predecessor, Hillary Clinton, now the Democratic Party contender for the presidency, intended to go to Antarctica, but the logistics never fell into place.

It might seem strange for a secretary of state to go to a region where there are neither governments nor diplomats to engage, but Kerry apparently wants to check a box and set a record, all on the taxpayer dime. He uses the excuse that he needs to investigate global warming, but he is no scientist and any conversation he has with researchers in Antarctica he could just as easily have via Skype for a few million dollars less. What Kerry, in effect, is engaging in is diplomatic tourism.

Kerry, of course, is not the first secretary of state to abuse the system. Emails show predecessor Hillary Clinton was obsessed with setting records for the numbers of countries visited and miles flown, never mind that each trip could cost millions of dollars. Nor is that the only problem: As any foreign service officer can attest, when secretaries travel, let alone Congressional delegations and other officials, it can grind the normal functioning of an embassy to a halt. The late Senator Arlen Spector, for example, was famous not only for the number of trips he took but also for demanding that diplomats arrange squash games for him during his stays. US Ambassador to the United Nations Samantha Power likewise traveled the globe, often at great expense, with little substantive result or purpose.

Ray Mabus, the former governor of Mississippi who served as secretary of the navy throughout the Obama presidency, took travel to new heights. By 2014, he racked up 930,000 miles on 40 different trips, more than many secretaries of state. According to the Navy Times:

Mabus had visited 107 countries as of July, including stops at major Navy homeports such as Singapore, Bahrain, Italy, and Japan, as well as Africa, where piracy and terrorism have been persistent problems. He’s also traveled to Greenland, Iceland and Norway — including a snowmobile safari on the tiny island of Svalbard… Mabus’ most frequent destination — 12 stops — was Afghanistan, where thousands of Marines have served. But Spain is also a favorite with nine visits… But he has also traveled to a number of tiny islands like Kiribati, Sao Tome, Palau, Micronesia, and Tonga, as well as landlocked countries where there is little Navy or Marine presence. Lined up along his Pentagon windows are six large glass jars filled with sand he’s collected from World War II battlefields he’s visited.

The press contributes to the problem. Twelve years ago, Glenn Kessler, now the Washington Post’s fact-checker, castigated former Secretary of State Colin Powell for taking too few trips, although he explained Powell’s logic for doing so:

Powell is on track to become the least traveled secretary of state in more than three decades, since Henry A. Kissinger embodied the concept of the globe-trotting foreign policy guru, according to records maintained by the State Department’s historian. Powell’s three immediate predecessors, the records show, traveled an average of more than 45 percent more than he has. In Powell’s view, he is bringing the job of secretary of state back to its core purpose of managing foreign policy from Washington. He travels when necessary, as briefly as possible, and reaches out to foreign leaders by telephone and to foreign audiences with repeated television interviews. “His first duty is to advise the president on his foreign policy and to manage the department to execute the foreign policy,” State Department spokesman Richard A. Boucher said. “That’s the job. It’s mostly done in Washington.”

Powell is right. There seems to be an inverse proportion to leadership and effectiveness and time spent on travel. Mabus will likely be remembered not for his travel and statesmanship, but rather for presiding over the decline of the Navy. Clinton’s tenure at the State Department was flailing and distracted. Iran deal aside, Kerry’s has not been much better. Under both, management and effectiveness of the State Department plummeted, as did morale. Simply put, the job of a leader is to ensure that their bureaucracy works. If their travel is required on a regular for much more than closing a deal, that suggests the rest of the bureaucracy is not up to the job.

Trump has said he will shake up Washington culture. Perhaps part of that should be to remind his staff that travel is not an entitlement and that they can save the tourism and bucket lists for their retirement; not when they are on the taxpayer dime. 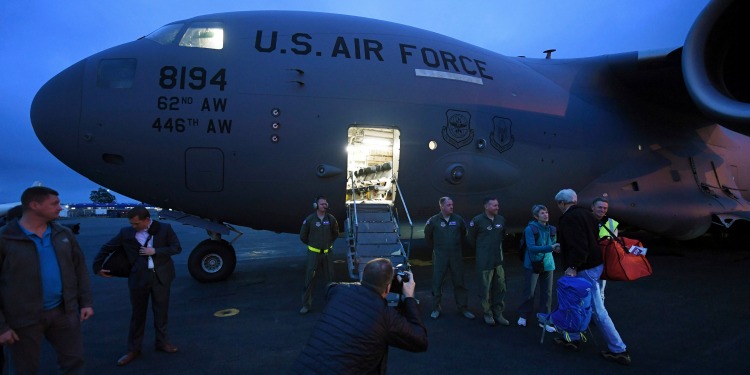