Apparently antagonized by Prime Minister Stephen Harper’s sometimes-brash leadership style and itching for change after almost a decade of conservative rule, Canadians have delivered Harper a surprising and decisive defeat at the polls. Liberal leader Justin Trudeau will almost certainly reverse a host of domestic Canadian policies, as Trudeau will much more likely pander to various ethnic and identity constituencies in a manner that may win votes, but which will ultimately dampen business development and economic potential as it increases regulation and bloats Canada’s budget.

The real void left by Harper’s exit, however, will be on the world stage. In the not too distant past, only four or perhaps five countries could be counted upon consistently to stand up for moral clarity and the expansion of freedom on the world stage — the United States, Australia, Canada, and Israel. Perhaps the pinnacle of the freedom agenda was during President George W. Bush’s first term. It was never popular in the State Department, however, nor was Bush’s first-term National Security Advisor Condoleezza Rice particularly committed to it. Remember, for example, Bush’s June 24, 2002, speech demanding a complete and utter cessation of Palestinian terrorism and a Palestinian leadership uncorrupted by terror? Secretary of State Colin Powell rolled that back in the so-called ‘road map’ and then it once again was business (and failure) as usual. I was at a conference in Italy as George W. Bush took his second oath of office. At a cocktail party the following day, then-serving American diplomats openly bashed before their foreign colleagues Bush’s emphasis on democracy in his subsequent inaugural address. That was par for the course during Bush’s second term. American credibility eroded as Bush’s rhetorical commitment to democratization remained constant, but the policy of the United States dismissed dissidents right and left.

That was nothing, however, to what dissidents and freedom-seekers have experienced under President Obama, and his successive Secretaries of State, Hillary Clinton and John Kerry. Who can forget Clinton pressuring blind Chinese dissident Chen Guangcheng to leave the U.S. embassy in Beijing where he had taken shelter? Or how, as Syrian President Bashar al-Assad began butchering his people with new zeal, Clinton kept referring to Assad as a “reformer?” Kerry symbolized the new American approach not only by giving regimes such as Iran’s and Cuba’s the green light to accelerate their repression, torture, and even murder of dissidents. U.S. foreign policy no longer seeks to promote religious freedom, values democratic partners, or punishes outrages committed against journalists and civil society activists.

Into the void left by the United States, however, Australia and Canada increasingly lent their voice. Australian prime ministers like John Howard, Tony Abbott, and perhaps even Kevin Rudd never confused majority opinion with justice of cause. They recognized that, for all the rhetoric of human rights and progressive values, some European leaders often let mercantile interests trump principle. Hence, the special personal and perhaps financial relationship between Jacques Chirac and Saddam Hussein; the cynicism behind Germany’s “Critical Dialogue” with Iran; and Dutch complicity in the provision of chemical weapons precursors to Saddam’s Iraq as he attempted to murder Kurds by the thousands. Other European leaders — Ireland’s Mary Robinson, for example — simply let their progressive rhetoric cover for good, old-fashioned bigotry, as her marquee “World Conference against Racism, Racial Discrimination, Xenophobia and Related Intolerance” made clear. Both Australian and Canadian leaders could be counted on to speak up and condemn such moral inversions, even if some of their own diplomats and constituents sought simply to go with the flow. Recently, however, Australia has reversed course. Julie Bishop, its minister for Foreign Affairs and deputy leader of the Liberal Party, has abandoned all pretense of moral clarity, and now prefers to hobnob with dictators in Iran and elsewhere. Bishop may crave the affirmation of some Western leaders, but she has damaged Australia’s brand name. One New Zealand is enough.

Harper could always be counted on to condemn rather than seek to appease terror in the Middle East, stand up for dissidents, and speak forthrightly on liberty. Trudeau, in contrast, comes from the political wing of Canada that brought Orwellian human rights commissions that seem less concerned with preserving freedom than repressing it for the sake of specific political causes. While Trudeau is not as antagonistic to Israel and its right to defend itself against terror as some Western leaders now are, he will skew Canada increasingly toward the worst of the European Union or perhaps to where Obama and Kerry have grounded policy.

That leaves Israel as the sole voice of moral clarity on issues such as terrorism and democracy and as a target for a global mob willing to look the other way for the sake of oil in Europe’s case or ego in the case of Obama and Kerry’s. Sure, sometimes the Czech Republic’s president will speak up, and sometimes Poland will hold the flag of liberty, but both of those countries prefer to operate more in their own neighborhood than on issues spanning the globe. Canada has lost a long-serving leader in Harper’s defeat, but the world has lost much more. 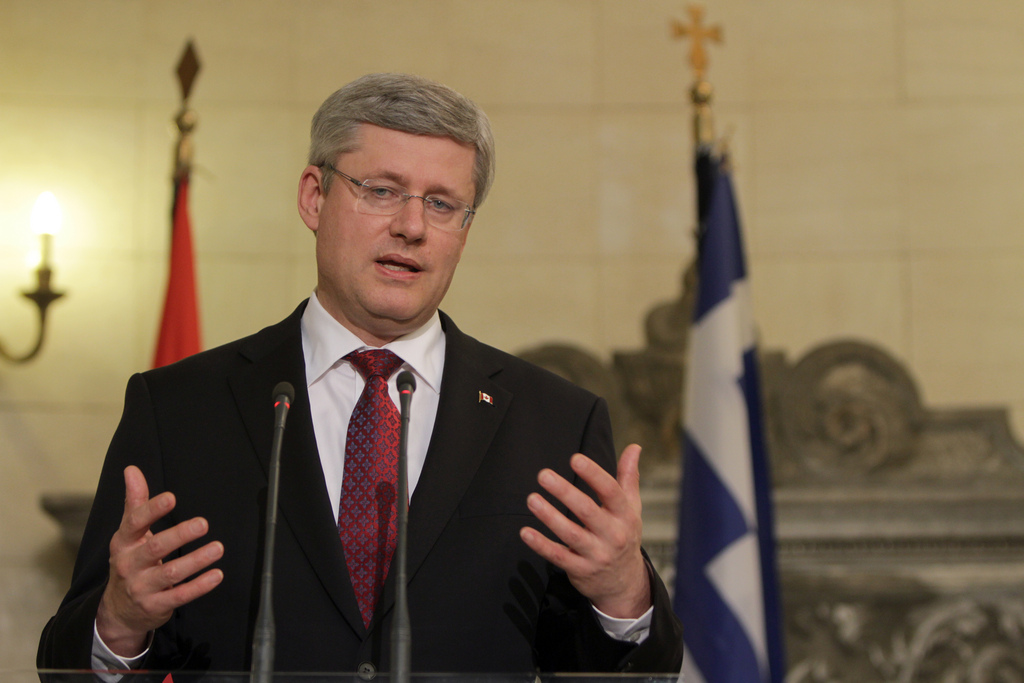