The International Olympics might be about putting sports above politics, but that sort of brotherhood is something the leadership of the Islamic Republic of Iran and its Olympics Committee forget whenever it comes to competing against an Israeli.

To withdraw from competition because of the nationality of an opponent is a violation of the Olympic by-laws, hence the scramble by Iranian competitors to come up with any number of medical excuses, no matter how implausible. Until now, the International Olympic Committee was content to let episodes like these slide with a nod and a wink.

In the aftermath of the refusal of two Iranian soccer players on a Greek team to travel to Israel for a match, the Iranian Football Federation issued a statement: “Undoubtedly, proud Iranian athletes have always shown that they have no interest in competing against the occupying Zionist regime, even at the Olympic Games and World Cup.”

Such a declaration seems to suggest a confession as to the real reason why Iranian athletes have withdrawn from the Olympics. If Iranian sporting officials are so bluntly acknowledging a violation of Olympic rules, perhaps it’s time for the International Olympic Committee to take long-overdue action. 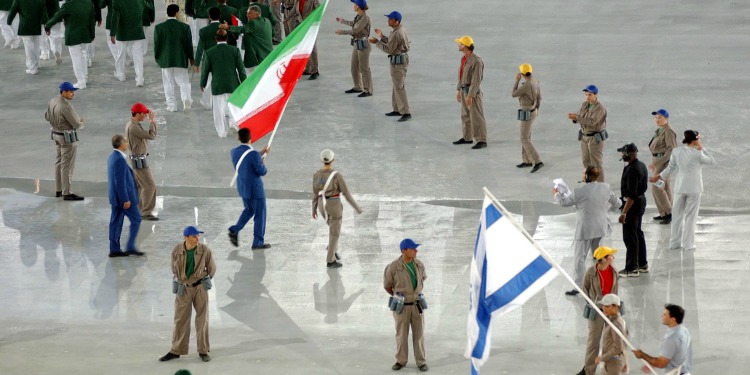