In recent years, MESA has become infatuated with the Boycott, Divest, and Sanctions (BDS) movement. While it has yet to formally endorse BDS, it is currently in the process of amending its bylaws to enable it to do so. If MESA endorses BDS, at a minimum it will provide academic coverage for universities across North America to exclude their Israeli counterparts from conferences, academic and political debate, and discussion. Bans may also enable university departments to discriminate against Israelis—something that is, of course, all too common at universities across the Middle East—and could also lead university departments to bar those studying the Jewish state from dissertation, travel, and research grants. In short, an academic organization adopting BDS is anathema to academic discourse and freedom.

It’s against this backdrop that I have received two letters from MESA in the time since President Donald Trump signed his executive order temporarily pausing entry of citizens of seven countries for which the United States did not believe it had adequate security cooperation or ability to vet effectively.

The first, from January 29, declared:

MESA strongly condemns the Executive Order limiting the entry of Middle Eastern refugees and immigrants to the U.S. and urges the President and Congress to lift the ban. The ban impedes the mission of the Middle East Studies Association, which is to bring together scholars, educators, and those interested in the study of the region from all over the world.

It further announced the creation of a “Task Force on Civil and Human Rights.”

That was followed up on February 6, in a statement noting that, within MESA, “there have been calls to move this year’s MESA meeting from Washington DC to outside the country to accommodate those who might not be able to enter the U.S. or choose not to do so out of protest.” Beth Baron, the current MESA president and a professor at the City University of New York (CUNY), and Judith Tucker, the president-elect and professor at Georgetown University, assured members that:

MESA is the November meeting. But it is much more. It is the Committee on Academic Freedom, which continues to issue chilling letters. It is the new Task Force on Civil and Human Rights, which is tracking federal legislation impacting our membership. And it is a community of scholars dedicated to critical exchange of knowledge on a region, its people, and their rights, in the U.S. and abroad.

Whether one supports the ban or is against it or takes the perspective that it was a reasonable idea poorly implemented, there are easily observed hypocrisies and ironies to MESA’s umbrage.

First, MESA hardly lifts a finger to condemn the almost total ban among many states—including those subject to Trump’s proposed ban—regarding Israelis. Such bans affect Israelis or dual Israel citizens studying in America universities. This is important given the proliferation of U.S. college campuses in Arab states. Several Arab states demand a statement of religion on visa applications as well, a request intended to enable the exclusion of Jews.

Second, Gulf News reported in 2011 that Kuwait had banned citizens of five majority Muslim countries. The Kuwaiti government denies that this ban is in effect now but, even if it was temporary, did MESA react? No.

Most ironic, however, is that MESA appears ready to embrace if not endorse BDS—effectively banning Israeli scholars and students and denying access to Israel with university grants—and yet opposes Trump’s ban. That shows that intellectual consistency—something in which academics should take pride—is absent among MESA’s leadership and probably the vast majority of its membership which now unapologetically places politics above scholarship. 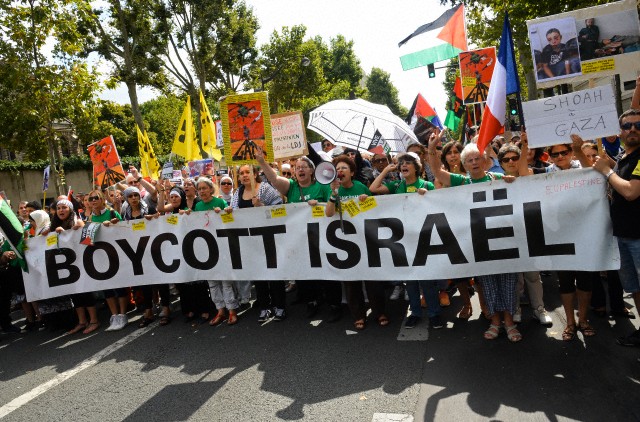