The heated campaign rhetoric about immigration has fallen by the wayside as press and pundits focus on allegations of Russian hacking and President-elect Trump’s Cabinet picks (and their coming confirmation hearings). It is, however, only a matter of time until debate re-emerges about Trump’s proposals on border security and how to address illegal immigration. There has been too little public debate about legal immigration, however, beyond the affirmation by many that amnesty for illegal aliens is unfair to those immigrants who abided by law or remain overseas waiting for their turn.

Sure, there has been some debate about who the United States should welcome: refugees fleeing Syria? Family reunification? Birthright citizenship? Those with special technical ability or willing to invest vast sums in the American economy?

One of the strangest categories of legal American immigration is the “diversity visa,” sometimes known as the green card lottery. The concept of the lottery is simple: Citizens of countries from which fewer than 50,000 people have immigrated to the United States over the previous five years are eligible to apply to a lottery, from which 55,000 immigrants to the United States are chosen. Russians, Poles, Guatemalans, and Taiwanese can apply, for example, but Haitians, Colombians, and Mexicans cannot. Here, it gets more complicated: The State Department and Department of Homeland Security divide the world into six regions for the purpose of the lottery and seek to privilege lottery applicants from those regions which have sent fewer immigrants than other regions. Hence, for 2017, Africa has been allotted 20,400 slots, while Europe receives 14,000. Five lucky Bahamians will win spots reserved just for them.

The green card lottery is a relatively new phenomenon, a legacy of three Democratic congressmen—Howard Berman, Brian Donnelly, and Bruce Morrison—during the Reagan administration. The Immigration Act of 1990, sponsored by Chuck Schumer, formalized the program in more or less its current form. The bar for green card lottery winners is low—no criminal history, a high school education, and be in generally good health. There is no ideological bar, however. Pakistanis, Uzbeks, or Yemenis who win the lottery might be sympathizers to radical causes, but so long as they don’t have a criminal history they are good to go.

Given the fact that winners often bring their families, there are now well over a million Americans—probably twice that—who can attribute their citizenship to the lottery. But is that a wise way to welcome citizens? Does diversity really mean bringing people from East Timor to East LA or from South Sudan to South Dakota? Is there anything wrong with cynically seeking to benefit not only the immigrant but in a more immediate sense the United States by choosing the best educated, best able to immediately integrate into society and contribute to the economy? This isn’t mean to suggest that humanitarian concerns shouldn’t come into play, but the lottery doesn’t alleviate suffering; it is just random.

Many liberals and even many conservatives may feel unease as President-elect Trump’s populist rhetoric about immigration but that does not mean the system isn’t broken or outdated and can’t be reformed. When that debate comes—and it is looming—the notion that the United States should still have a visa lottery should certainly be on the agenda. 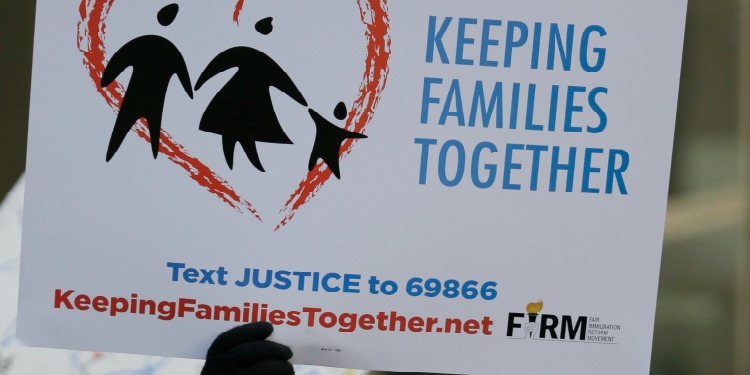