“He was a bad guy — really bad guy. But you know what? He did well? He killed terrorists. He did that so good. They didn’t read them the rights. They didn’t talk. They were terrorists. Over. Today, Iraq is Harvard for terrorism.”

Saddam Hussein was not good at killing terrorists; he was good at aiding and abetting them. His regime paid salaries to the relatives of suicide bombers who killed Israelis and Jews. He hosted and trained paramilitary fighters, including al-Qaeda-linked fighters from North Africa. “Saddam’s regime first and foremost was a skilled user of terrorism to intimidate Iraqis and eliminate any opponents, real and imaginary,” read the conclusion of the 9-11 Commission’s final report, which noted that Iraq-trained terrorists also targeted and killed Americans.

This really was just the tip of the iceberg, however. Some partisans might dismiss anything that came out of the Bush administration, so here is the 1999 State Department’s “Patterns of Global Terrorism” entry on Iraq:

Iraq continued to plan and sponsor international terrorism in 1999. Although Baghdad focused primarily on the antiregime opposition both at home and abroad, it continued to provide safehaven and support to various terrorist groups.Press reports stated that, according to a defecting Iraqi intelligence agent, the Iraqi intelligence service had planned to bomb the offices of Radio Free Europe in Prague. Radio Free Europe offices include Radio Liberty, which began broadcasting news and information to Iraq in October 1998. The plot was foiled when it became public in early 1999… Iraq continued to provide safehaven to a variety of Palestinian rejectionist groups, including the Abu Nidal organization, the Arab Liberation Front (ALF), and the former head of the now-defunct 15 May Organization, Abu Ibrahim, who masterminded several bombings of U.S. aircraft.

But that was secular terrorism, right? Trump—and many proponents of his “Saddam promoted stability” school falls for two additional fallacies:

Second, too many people consider Saddam Hussein a secularist. He was far less a secularist though than he was a cynic. He drank, he womanized, and there is no evidence he prayed with any regularity. But, when it was in his interest, he reached out and promoted not only Islam but also its most radical interpretations. In the aftermath of his expulsion from Kuwait, Saddam ‘found religion,’ commissioned a Koran written in his blood, and put “Allahu Akbar” (God is Great) on the Iraqi flag. Anyone who has been to Baghdad can see other elements of Saddam’s over-the-top religiosity.

In his last years, his “Fedayeen al-Saddam” acted not only as political enforcers but also as religious police. Consider this from the State Department human rights report from 2000:

In October security forces reportedly beheaded a number of women suspected of prostitution and some men suspected of facilitating or covering up such activities.  Security agents reportedly decapitated numerous women and men in front of their family members.  According to Amnesty International (AI), the victim’s heads were displayed in front of their homes for several days.  Thirty of the victims’ names reportedly were published, including three doctors and one medical assistant.

The prosecution charge was nonsense—made even more clear by the presence of doctors and other professionals. Saddam’s vigilantes were effectively appeasing radical Islamists by attacking more secular-oriented women.

If Donald Trump wants a model about how to fight terrorism, he shouldn’t look toward Saddam. Rather, he might consider the U.S. Navy Seals, Yonatan Netanyahu or those who hunted down the terrorists who murdered many Israeli Olympians in Munich in 1972. 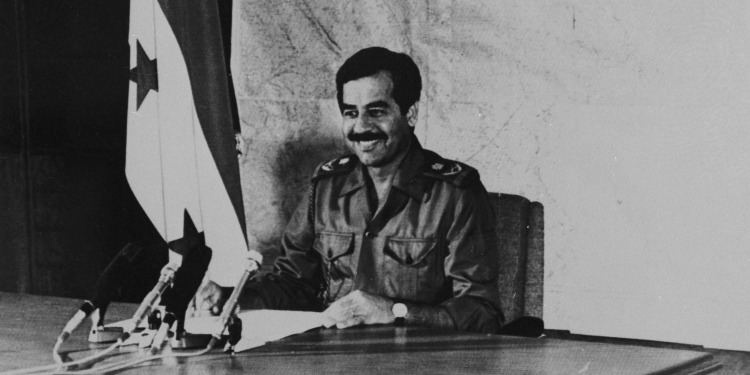