Recep Tayyip Erdoğan’s “Justice and Development Party,” best known by its Turkish acronym AKP, was a breath of fresh air when it came to power after the November 2002 elections. In the five years before the AKP assumed power, Turkey’s currency devalued from around 200,000 to just over 1.7 million lira against the dollar. The Turkish public blamed the incumbents for a banking crises in November 2000, and then a currency crisis when, on a single day in February 2001, the Turkish lira lost one-third of its value. Incumbent parties bickered and corruption scandals swirled around them. The AKP cultivated an image of cleanliness and piety, even as Erdoğan, its leader and, from February 2003, prime minister, had more than a dozen corruption cases hanging over him from his tenure as mayor of Istanbul. Regardless, the AKP was pragmatic. It focused on the economy first and foremost. In the first two years of AKP rule, the currency stabilized and actually strengthened against the dollar. Some of this stability was the result of new technocrats taking a fresh look at the economy and proposing solutions which previous political paralysis prevented, but Turkish budgetary authorities and many established journalists privately suggested some of the AKP’s accomplishments rested upon an influx of so-called “Green Money,” provided by interests in Saudi Arabia and Qatar and used as an off-books slush fund by Erdoğan and his team.

It may be déjà vu all over again in Ankara. In hindsight, it appears some of the economic credit the AKP claimed had less to do with their specific policy and was more the result of the demographic dividend. In other ways, Erdoğan sacrificed long-term instability for short-term gains that bolstered his and the AKP’s popularity. After ruling Turkey for more than a decade, however, Erdoğan can no longer deflect blame upon his predecessors. The buck stops with him. Turkey’s economy is fragile. While debt to GDP ratio suggests Turkey is on firm ground, it masks tremendous private debt — up more than 3,000 percent on average over the first seven years of AKP rule. In practice, this means that Turks are over-extended and cannot pay back loans. Many Turks have taken out bank loans in order to pay interest on previous loans, but the specter of rising interest rates suggests a slow motion train wreck in the making. Indeed, many more conspiratorial-minded Turks suggest that Erdoğan fanned the flames of the Gezi protests in 2013 after then-President Abdullah Gül had calmed the situation in order to be able to blame Turkey’s economic downturn upon his opposition.

The only thing that seems to be propping up the Turkish economy at present seems to be Turkey’s construction industry. Demand is booming. Saudis and Qataris are buying up properties along the Bosporus, and others are seeking summer homes around Trabzon on the Black Sea coast, an area renowned for its scenery and greenery as well as its relatively cool summers. Construction firms, many with links to the ruling party and some to members of Erdoğan’s own family, have erected apartment blocks and office buildings. While occupancy rates among new construction remain depressed, the right political pressure can ensure that certain towers are filled nearly to capacity. Businessmen depending on government contacts or the ruling party do not want to risk saying no when the suggestion comes to move a company’s headquarters to a real estate development linked to the AKP. It may be even worse: While Qatari and Saudi purchases may have propped up real estate values and supported the construction industry to a certain extent, rumors are spreading that the AKP is spending its money, and perhaps funds allegedly siphoned into private use by the ruling family in order to keep the bubble alive until after the November 1, 2015, elections. The logic is that Erdoğan wants to keep the business community and middle class happy enough to win enough votes to solidify new powers for the presidency. Perhaps he believes that an AKP majority would bolster investor confidence enough to make his tactics moot. And, if the snap elections affirm the same result as last June’s polls in which the AKP lost their majority, then Erdoğan can blame his opponents.

Either way, it seems the preservation of the illusion of Turkish financial stability is getting ever shakier, if not increasingly illusionary. Come November or shortly after, Turkey may face an economic crisis that will make the 2000 and 2001 banking and currency crises seem minor. And when the chickens come home to roost, there will be no one to blame but Erdoğan and the cronyism, corruption, and opacity that have become the hallmarks of his economic practice. 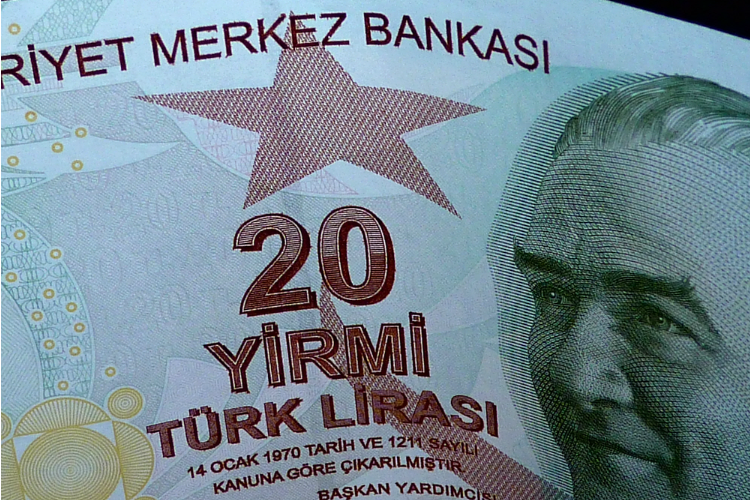