For too many Americans, Memorial Day is a day off from school or work, or the beginning of the summer barbecue season. Of course, it should be much, much more than that. It should be a day to remember, honor, and offer gratitude to those who sacrificed their lives so that the United States, Europe, Australia, and large swaths of Asia might be free.

Against this backdrop, new information from the “National Alliance of Families for the Return of America’s Missing Servicemen” is disturbing:

They’re called the “X Files,” records on hundreds of Americans buried as “unidentified” in Hawaii after the Korean War. But what’s inside the files amazed POW/MIA researcher John Zimmerlee, himself the son of a Korean War MIA, when they fell into his hands after being accidentally released by the Pentagon.

“In 116 cases, the X Files show the government had narrowed down the identification of a set of unknown remains to just one man, but never made the identification official or notified the family,” Zimmerlee said. In many other cases, possible IDs came down to two or three missing men, but the remains were buried without further effort to identify them.

Take the case of Corp. Louis Mutta, whose jeep exploded in early 1951. His buddies immediately secured Mutta’s remains in a house, according to the X Files, then retrieved him the next day from that same location. But Mutta somehow ended up buried as an “unknown” in Grave 356. As far as Zimmerlee knows, his family was never provided with this information. The official American Battle Monuments Commission web site specifically states: “His remains were not recovered.”

Historian John Zimmerlee has been doing great work on this issue and also in his advocacy for clarity about POWs confirmed alive in Chinese custody but never recovered.

Why would the Pentagon bury identified or identifiable remains as unknown? Zimmerlee suspects:

…The Defense POW/MIA Accounting Agency is worried that, among other things, the military sent the wrong remains home to some families in the past. In addition, the records appear to show the bureaucracy was in such a rush to close down its operations from the Korean War that it simply stopped processing many remains that could have been identified. These have now rested as “unknowns” in the Punchbowl and other government facilities for 60 years.

Most previous Secretaries of Defense have been good men who were truly committed to their jobs and to the services. Still, the Pentagon can be an unwieldy bureaucracy and many secretaries find that they cannot accomplish all they need to do. They make priorities and, too often, those who died in service of our nation and their families become secondary concerns, if not in rhetoric than in the reality or Pentagon machination.

That should end. In recent years, the Defense POW/MIA Accounting Agency has shown questionable judgment, sometimes prioritizing bureaucratic or diplomatic considerations above its core mission. Secretary of Defense James Mattis prides himself on standing by the men and women under his command. He feels deeply about the sacrifices they make. His actions have never been those of a man who plays politics or expects public affirmation. Let us hope that he will then get to the bottom of this issue immediately. The families of those killed in action during the Korean War deserve no less. 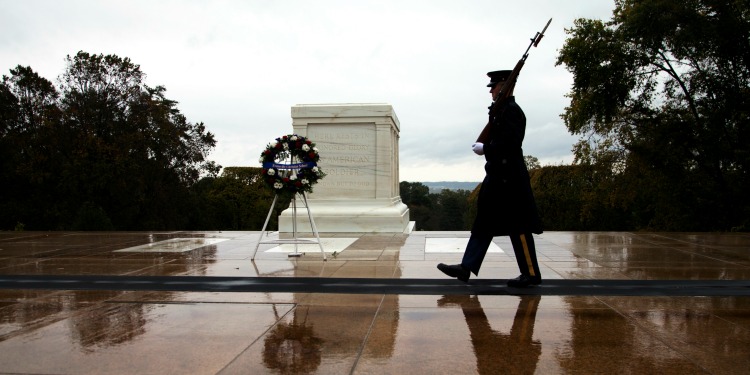