On July 3, Max Boot wrote here asking whether Russian aggression could trigger the next great war; he is right, of course. Russia is increasingly aggressive. Vladimir Putin is feeding off President Obama’s weakness. And Boot is right to frame the question as “What’s the best way to avoid the risk of war with Russia?” He suggests three options. First, kick the Baltics out of NATO, essentially condemning them and perhaps other states in Eastern Europe to Russian dominance. Second is a policy of ambiguity, but given the widespread beliefs that Obama’s red lines are meaningless, adversaries don’t see much ambiguous in what the White House might see as strategic ambiguity. The third option, should Russian forces move into the Baltics is war with Russia. Deterrence, after all, is a military and not simply a rhetorical strategy.

The problem the West will face is that the moment Russia launches its campaign against the Baltics will never be clear-cut. To invade the Crimea, the Kremlin initially used spetsnaz soldiers wearing no insignia to provide enough plausible doubt to those unwilling to believe that Russia would invade another country in the 21st century. By the time those in denial recognized what had happened, it was too late.

The Russian annexation of the Crimea violated the Budapest Memorandum, the 1994 agreement in which Moscow, Washington, and London agreed that Ukraine would forfeit its inherited nuclear program in exchange for full recognition of its borders by all parties. The United States gave Ukraine security guarantees which the Obama administration ignored and, so, today, the Crimea is effectively Russian territory.

The problem with allowing the violation of red lines is that it seldom ameliorates conflict; rather, it catalyzes it. Obama’s willingness to cast aside American security commitments has convinced Putin that he loses nothing by challenging other international agreements.

The Russian Prosecutor General’s Office is considering the validity of the 1991 Soviet recognition of the Baltic countries. It was the same office that previously had determined that the 1954 Soviet transfer of Crimea to the Ukraine was illegal.

Russian officials on 1 July minimized the significance of news reports that the Prosecutor General’s Office is investigating the legality of the Soviet Union’s 1991 recognition of the independence of Estonia, Latvia, and Lithuania. The reporting followed an earlier determination by the Prosecutor General’s Office that the Soviet Union’s 1954 transfer of Crimea to Ukraine was illegal. Dmitriy Peskkov, the presidential press secretary, has like a true press flak, denied direct knowledge of the investigation. This is not credible, however, given that it was Putin’s United Russia party that initiated the legal query.

Baltic leaders are right to be furious with the Russian provocation. But if they believe that the United States has their back, they are naïve. Over the past six years, security commitments and alliances have ceased to have any meaning in Washington. Sophisticated diplomats now rationalize provocation rather than confront it. The danger is not war while Obama is in office. Putin may be weak, but Obama is weaker. Rather, the true danger is how adversaries will test the next president should he or she ever seek to restore American credibility. 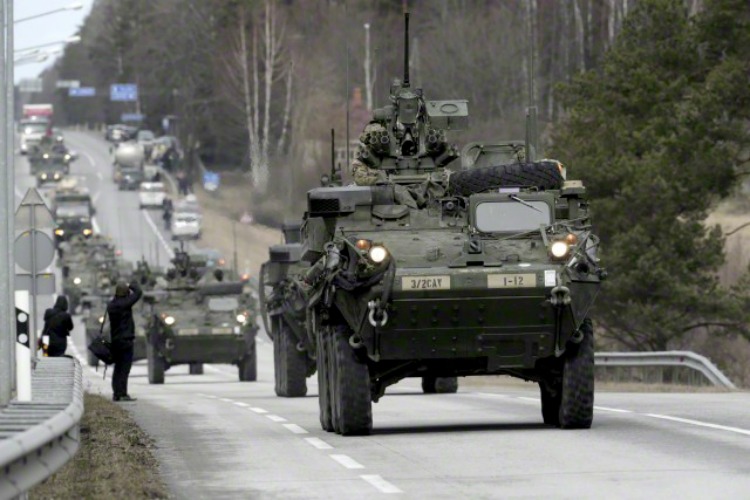