The Ankara bombing of a peace rally organized by Kurds, labor unions, and civil society groups was the worst single act of terrorism in Turkish history. Among both Turks and those outside Turkey, it has shaken confidence in Turkey and its stability. No terrorists have issued a claim of responsibility.

Within Turkey, the government suggested either the Kurdistan Workers Party (PKK) or the Islamic State (ISIS, ISIL, Daesh) might be behind the bombing. The PKK and its offshoots have certainly engaged in terrorism in the past, but in recent years the PKK has transformed itself into much more of a traditional insurgency: It targets Turkish forces that target it, but it does not bomb Kurds marching to call upon the Turkish government to stop bombing the PKK.

Turkish government officials and many analysts at Washington-based institutions which cultivate close relations with Turkey’s ruling party point the finger at the Islamic State. On one level, this makes some sense: The only group which has effectively fought the Islamic State inside Syria (and around Sinjar in northern Iraq) are the Syrian Kurdish peshmerga, the YPG, which are closely affiliated with the PKK and might even be infused with Turkish PKK members. The Islamic State could theoretically wish to target the Kurds in their rear, where they feel most comfortable.

In the aftermath of the attack, I talked to friends and contacts that ranged the gambit from unapologetic Kemalists to apolitical Turkish businessmen to unabashed PKK supporters, and there was a remarkable consensus that Erdoğan and his handpicked allies in the Turkish intelligence service should be at the top of the list of suspects. Even though conspiracies might strike Westerners and journalists unaccustomed to Turkey as somewhat unhinged or unrealistic, there are a number of reasons why there might be fire behind the smoke in this instance:

Conspiracies should never be embraced blindly, nor should conclusions be drawn absent evidence. But when it comes to Turkey, all possibilities must be considered. The only credible investigation is going to be an independent investigation, Erdoğan’s complaints about insulting sovereignty be damned. If he has nothing to hide, he should welcome assistance to investigate the worst terrorist atrocity on Turkish soil; and in the center of its capital no less. The evidence should be public, and if it points back to Erdoğan’s inner circle, then no one – whether in a metal shanty or in the presidential palace — should be immune from the consequences of their action. 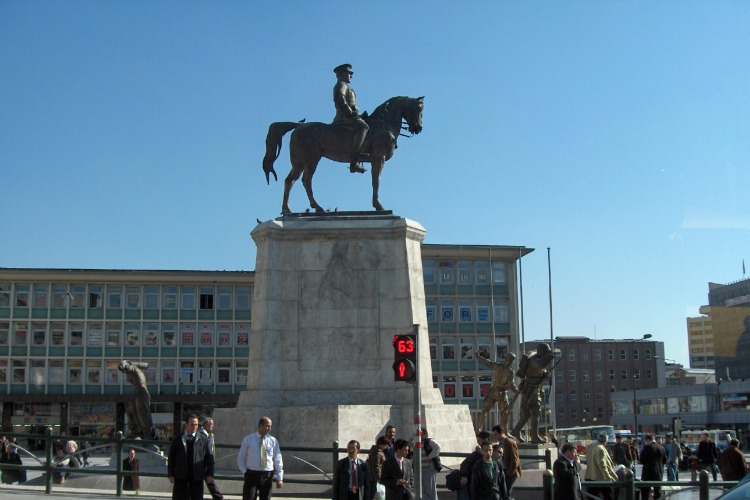