There’s a pattern in American analysis of and diplomacy toward Iran in which analysts project their own wishes and desires upon so-called reformers.

Take former President Mohammad Khatami, for example. In 1997, Iranians chose him over Ali Akbar Nateq-Nouri, the parliamentary speaker and establishment favorite. Khatami’s rhetoric won the imagination when he spoke of a “dialogue of civilizations.” Was he a reformer? Analysts projected upon him a benevolence borne of his gentle demeanor and softer rhetoric. His rhetoric, however, did not necessarily coincide with his actions.

As a former minister of culture and Islamic guidance, he had censored more than 600 books. He had also reportedly approved death sentences carried out in 1988 when Iranian authorities massacred thousands of political prisoners in Iran’s prisons (a record the Ploughshares-funded “echo chamber” might say was really a credit to his desire to relieve prison overcrowding). Yet his rhetoric shaped Western perception, the only substantive outcome of his civilizational dialogue and promises of social reform were to sidetrack any Clinton administration plans to retaliate for Iranian involvement in the 1996 Khobar Towers attack. Hope trumped reality.

The same wishful thinking also applies to Hassan Rouhani, who many analysts and journalists depicted as a moderate or reformer both before and after the May 2017 presidential race. Iranians, however, have long known Rouhani as the regime’s “Mr. Fix-it.” Throughout his career, he has held a number of key posts, each entrusted to him because of his relationship first to revolutionary leader Ayatollah Khomeini and then to current Supreme Leader Ali Khamenei. Between 1988 and 2005, for example, he served as secretary of the Supreme National Security Council (SNSC), a position from which he coordinated Iran’s security apparatus at a time when Iran undertook a covert nuclear weapons program and a campaign of assassinations and terror which reached from Berlin to Buenos Aires.  During his 2013 presidential campaign, he even bragged about his fealty to the ideology of revolutionary leader Ayatollah Khomeini, saying that he was the first one to call Khomeini ‘Imam,’ in the messianic sense.

In 2013, Steven Ditto—a talented linguist and perhaps the best Persian language analyst out there—published “Reading Rouhani.” While the report, by virtue of its publication date, does not include Rouhani’s first term as president, the broader overview of Rouhani’s record is clear:

Perhaps supporters of Rouhani can say he is a different man today. When I debated The Iran Project’s Thomas Pickering at the Philadelphia World Affairs Council shortly before the Joint Comprehensive Plan of Action was signed, that is exactly what he argued. Those who wish to see in Rouhani a pragmatic leader can even say his acquiescence to the Iran deal demonstrates what a great deal it was. This, however, is wishful thinking.

The desire to lift sanctions isn’t explanation enough; after all, Rouhani was charged with repairing a poor economy before but was always careful not to betray the Islamic Republic’s fundamental principles. Rather, when the broad record of Rouhani’s record is examined, there is much to worry about. Alas, in the partisan cheerleading for the Iran deal, knowledge of that record became secondary. 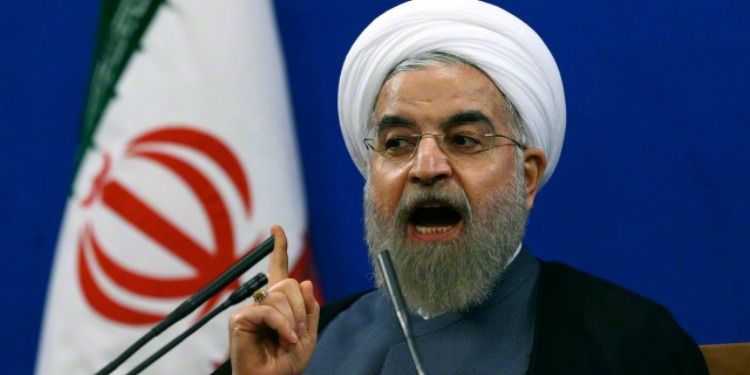