The Islamic State may have lost much of its territory but, even if the loose international coalition fighting the would-be caliphate succeeds in ending its control of cities and towns, it is unlikely that ISIS will disappear anytime soon. There will be no formal surrender. Nor will the eventual defeat of the Islamic State necessarily delegitimize its apocalyptic theology.

The theological problem is this: The late Turki al-Bin’ali, the grand mufti of the Islamic State, cited a hadith attributed to Muhammad declaring that there would be 12 true and legitimate caliphs before the end of the world. He counted Baghdadi as the eighth, giving ambitious or megalomaniacal upstarts theological cover to be number nine, ten, or eleven. This creates a win-win situation for those who wish to emulate the Islamic State. Success proves theological legitimacy but failure doesn’t count because its authors can be dismissed, in hindsight, as imposters.

So what happens next? Both Syria and Iraq will likely face at least a low-grade insurgency or protracted terror campaign. Mosul may be liberated, but more Moslawis collaborated with the Islamic State than many of the city’s political leaders like to acknowledge. Beyond that, what might the Islamic State, its remnants, and its veterans do next?

Here, the work of the International Center for the Study of Violent Extremism (ICSVE) is invaluable. Just two years old, ICSVE has distinguished itself for cutting-edge research based less on speculation and Washington group think than on provocative analysis founded on extensive interviews with Islamic State defectors and imprisoned returnees. It’s no surprise that the latest report by the United Nations Counter-Terrorism Committee Executive Directorate (CTED) dedicates a page to the summary of ICSVE work.

In 2016, its director Anne Speckhard and senior research fellow Ahmet Yayla published ISIS Defectors: Inside Stories of the Terrorist Caliphate, a work which gives a better description of the inner-workings of the Islamic State than any other journalistic or diplomatic account. Yayla, an adjunct professor of criminology, law, and society at George Mason University and a former Turkish counter terrorism officer, recently published a new article detailing the Islamic State’s efforts to spark lone wolf attacks based on a reading of ISIS’s newest work of propaganda, “Lone Wolf’s Handbook.”

In a July 20 article, he highlighted the dual necessity of shutting down Islamic State activists’ cyber access and blocking the return of Islamic State veterans to Europe, North Africa, and elsewhere. That might be pretty logical, but it is amazing how uncoordinated both strategies are across the international community. The cyber issue is especially important, Yayla notes, because the Islamic State is establishing a “virtual caliphate” to propel its existence even after its last enclave falls.

The cyber strategy should not be just about counter-messaging, but also disruption.  ICSVE addresses counter-messaging by using its prison and defector interviews to weave together videos and other media products in which the veterans of the Islamic State directly challenge the indoctrination they received. As for disruption, this is too often only discussed in the abstract, but ICSVE has gone further. On July 15, Speckhard and ICSVE fellow Lorando Bodo together published a useful report detailing how law enforcement and intelligence can identify “nefarious Telegram users” without the help of the application’s administrators. Telegram, for whatever reason, appears to have become the Islamic State’s social media application of choice.

As the last Islamic State banner falls in Syria and Iraq, it will be tempting for Western politicians to declare victory. Former Obama administration officials will also claim that their strategy, so roundly criticized by Donald Trump during his campaign but later in large adopted by the new president, is vindicated. But, any celebration will be premature. The Islamic State and the movement it represents will change form and may change its name, but it will not disappear. There may be no crystal ball to gauge the future but, when it comes to the Islamic State, Speckhard, Yayla and the rest of the ICSVE seem increasingly to come closest. 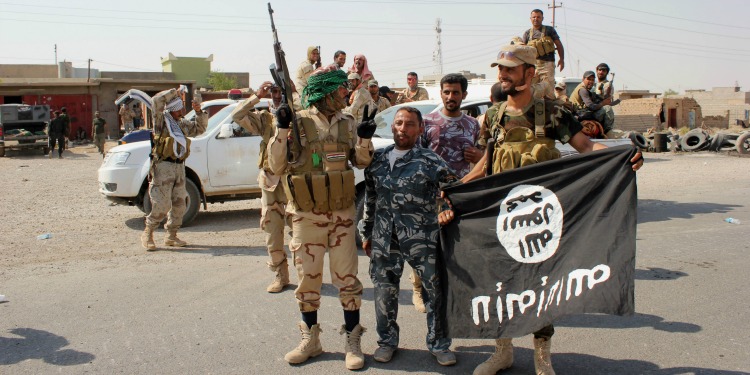