When I was last in Mosul in 2014, shortly before the Islamic State took the city, Syrian refugee children were at every street corner, competing with each other to sell candies and Kleenex as their parents glowered from corners nearby. They were dirty and hungry, and some were disabled. Many had seen horrible things in Syria, but those scars were not visible.

In the years since the Islamic State seized Mosul, the children of Iraq’s second-largest city have joined the ranks of the traumatized. Those who fled suffered indignities of the suddenly disposed and ethnic Arabs suffered callous treatment at the hands of Iraqi Kurdish security forces. Members of minorities captured by the Islamic State often witnessed parents being shot and, if Yezidi, many also suffered brutal rapes and abuse.

The world has mobilized resources to treat refugees and victims of the Islamic State’s sexual violence, although activists will argue that such aid falls short. What is too often ignored, however, is the complete lack of planning to address the collective trauma that Sunni Arab children experienced under the Islamic State’s rule. When a seven-year-old boy is forced to watch gays being tossed from buildings and beheadings in the street, it can permanently scar his psyche. Remove girls from school and effectively shut them away in their houses, and they suffer permanently. Those who attended Islamic State schools were subject to indoctrination that, depending on their age, will have permanent repercussions.

In 2002, the U.S. Centers for Disease Control and Prevention estimated that 42 percent of Afghanistan’s entire population suffered from post-traumatic stress after years of war and violence. There is nothing unique about Afghanistan, however. Nor did the gratuity of its violence necessarily surpass that experienced by those living under Islamic State control. If U.S. soldiers with the support networks can suffer post-traumatic stress syndrome, the impact of such stress and seeing horrific violence can impact children even more. Psychologists have often written about the invisible trauma children suffer in war.

For all its planning and billions of dollars in outlays, for all the discussion about what might come next in Mosul, the Obama administration and the coalition it has stitched together has done little to address the trauma experienced by children. This isn’t simply a humanitarian issue or something in which the United States has no national security interest; rather, traumatized or mentally troubled youth desensitized to violence are more likely to perpetrate violence as adults. Throw in radical indoctrination, and Mosul’s children become a tinderbox.

Mental health issues may not be high on the Trump administration’s agenda, but permanently defeating the Islamic State will take more than bombing Raqqa to smithereens. It requires a plan not only to pick up the physical pieces of the damage left behind by the fight but also a plan to address a psychological damage to a generation of youth which the Islamic State has wrought. 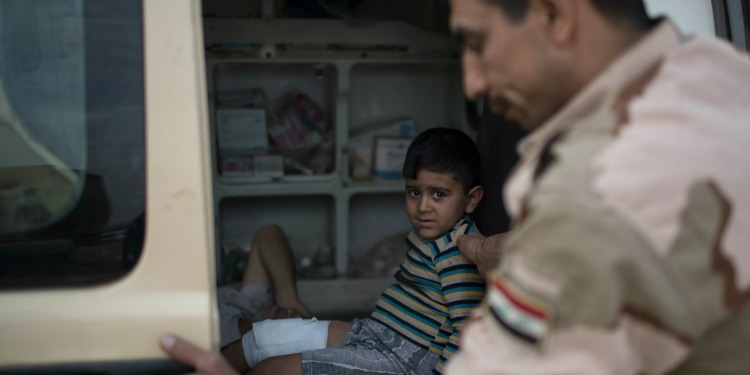