All eyes are now on China’s aggression in the South China Sea, but China’s naval and potentially military expansion is far broader.

China’s “string of pearls” strategy is well known: China seeks to protect its sea lanes and energy supply with a series of naval bases stretched through the Indian Ocean. There is, for example, China’s development of the Pakistani port of Gwadar, its work to upgrade the port of Chittagong in Bangladesh, its outreach to Sri Lanka, rumors of Chinese work on the Marao Atoll in the Maldives, and Port Sudan on the Red Sea. Perhaps now, thanks in part to the normalization that has accompanied the Joint Comprehensive Plan of Action (JCPOA), the so-called Iran nuclear deal, China is on the verge of adding one more pearl. The Islamic Republic News Agency

The Islamic Republic News Agency reports that selection of Chinese firms to invest in Iran’s main Indian Ocean port of Chabahar. Ditto Iran’s Ports and Maritime Organization. Chabahar has long been a backwater. Its heyday was actually in the nineteenth century as a British Indian telegraph station. There is no discernible industry near it, nor does it compare in size to ports like Bandar Abbas and Bushehr. Whereas Chinese and Pakistani officials argue that Gwadar is part of a larger commercial plan to encourage trade given the parallel upgrades to the Karakorum Highway from northern Pakistan into China, it’s hard to make the same argument with regard to Chabahar and Iran.

Too many proponents of the JCPOA dismiss concerns about other aspects of Iranian behavior—its support for terrorism, its development of ballistic missiles, its genocidal obsession with Israel — by arguing that the nuclear deal was limited to constraining Iran’s nuclear program and nothing more. Putting aside arguments that the JCPOA didn’t even accomplish that aim, to take such a myopic view toward the issue highlights the lack of any holistic strategic vision in senior U.S. policy circles. U.S. adversaries — be they Iran, China, Russia, North Korea or others — are each seeking to bolster their own strategic position, working with one another when necessary. That the White House, State Department, and Pentagon ignore such Chinese expansion in waters long considered crucial to U.S. and European energy interests as well as to democracies like India suggest a looming problem on the horizon, albeit one which Washington will ignore until it is too late.

Perhaps it is time to ask: What are China’s aims in the Indian Ocean? Are they really limited to securing an energy corridor? And, conversely, where might Sino-Iranian military ties be going, and to what ultimate end? 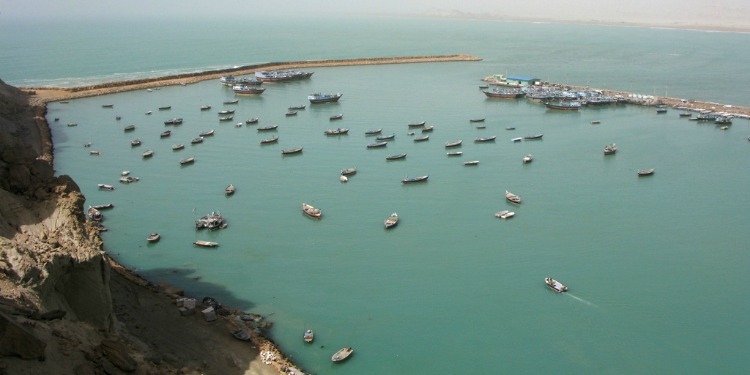