When President Barack Obama laid out his strategy to combat the Islamic State (ISIL, ISIS, Daesh), he cited both Yemen and Somalia as examples where the United States had succeeded. “This strategy of taking out terrorists who threaten us, while supporting partners on the front lines, is one that we have successfully pursued in Yemen and Somalia for years,” he declared.

Even at the time of his statement, Yemen was a poor choice for a model. As my American Enterprise Institute colleague Katie Zimmerman wrote presciently two months before Obama’s speech:

President Obama says the United States is looking to its Yemen policy as a model for what to do in Iraq and Syria. But what the president labels the “Yemen model” has not been as successful as the White House claims; indeed, it is in danger of collapse. Attempting to replicate it in much more challenging conditions in Iraq and Syria will almost certainly fail.

She continues to outline the logic behind the president’s strategy:

The Obama administration defines its objectives in Yemen narrowly as preventing an AQAP [Al Qaeda in the Arabian Peninsula] attack on U.S. interests abroad and at home. These objectives have shaped a counterterrorism strategy that relies on a partnership with President Abed Rabbo Mansour Hadi to fight AQAP in Yemen without using U.S. combat troops. The model is one of limited U.S. training and advisory support to help a local partner keep a terror threat in check.

Even defined narrowly, however, Zimmerman shows that the Yemen strategy had fallen short of its objectives, and that was before Hadi’s government largely collapsed in the face of separate Houthi- and AQAP onslaughts.

But what about Somalia? Most Americans know Somalia for two things: “Blackhawk Down” and piracy. In 1992, President George H.W. Bush launched “Operation Restore Hope” in order to provide Somalis the relief from famine. The intervention was well intentioned, even if conducted largely in response to pressure from television images of young Somalis suffering. Somalia’s problems were deeper. The problem between droughts and famines is that the former are the result of nature and the latter due to poor governance. Hence, when drought struck the Horn of Africa earlier this decade, Ethiopia weathered it because the government had foresight in stockpiling food, had security, and had invested in infrastructure. More Somalis reportedly perished during that recent famine than have Syrians in the Syrian civil war, however, not because of drought but rather because of a lack of any functioning government.

In recent years, however, Somalia has begun to turn around. The African Union Mission in Somalia (AMISOM) has largely forced Ash-Shabaab, the on-again, off-again, on-again al-Qaeda affiliate in Somalia out of the cities and away from some of Somalia’s most lucrative ports. In 2012, Somalia inaugurated a new president, a new government, and adopted a new constitution. True, the government most exists because of the backing of the AMISOM military contingent, but it is slowly gaining traction. Terrorism may still plague Mogadishu, but the city is reportedly coming back to life. Just this past May, Secretary of State John Kerry became the first Secretary of State in decades to visit Mogadishu (though, unfortunately, he ignored Somaliland, which has long been stable but which the United States overlooks).

Between 2005 and 2012, Somali pirates (largely operating from Puntland) hijacked 179 ships. Piracy, however, has largely ceased to exist in recent years. There were only seven piracy attacks in early 2013 and none in 2014. This year, there has been one ransom paid, but no new incidents of pirates seizing international shipping. The reason for this has been twofold: The expansion of Somali government control and the developing economy has provided other opportunities for fisherman who might otherwise turn to piracy. More importantly, Combined Taskforce 151 – the multinational naval deployment off the Horn of Africa and its escorting of international shipping – has meant that the costs to piracy far outweigh the possible benefits for Somalis.

The question for President Obama — and whoever might follow him — is whether the progress is permanent or whether it is reversible. If the United States and its partners stop underwriting AMISOM, then Ash-Shabaab could and will easily reenter Mogadishu and urban centers. Indeed, every time AMISOM stops patrolling, Ash-Shabaab makes a resurgence. The same holds true for piracy: If the United States reduces its commitment to anti-piracy efforts, will piracy spike?

Obama might cite Somalia as a model, and Kerry might celebrate its progress but, if they do, they should understand the reason for its relative success over decades past: Diplomacy may have a valuable rule, but there simply is no substitute for the projection of military force. The military knows how to fight, but it is also essential to keep the peace. Weaken the military or undercut its ability to project power, and chaos will fill the vacuum. Perhaps Somalia is a model; unfortunately, ideology seems to blind both Obama and Kerry to the true lessons it provides. 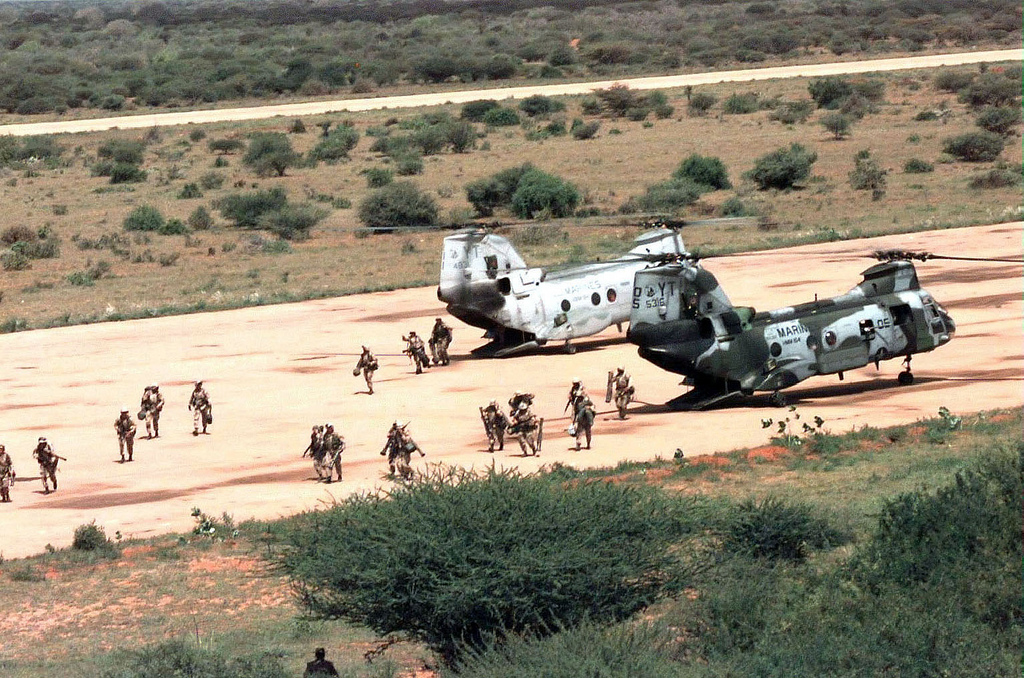