Michelle Goldberg, writing in the New York Times, is upset that Omar Barghouti, a Palestinian leader of the BDS movement who lives in Israel, has been barred entry to the U.S. He had a speaking and media tour planned that included stops with Peter Beinart, Bernie Sanders adviser James Zogby, and an appearance on Goldberg’s podcast to discuss what Goldberg inaccurately describes as “BDS, the controversial campaign to make Israel pay an economic and cultural price for its treatment of the Palestinians.”

Goldberg took this opportunity to troll conservatives about their supposed hypocrisy when it comes to free speech. Conservatives, she says, “are constantly bemoaning a censorious campus climate that stigmatizes their ideas,” yet here is a Republican administration, cheered by pro-Israel conservatives, preventing a controversial speaker from coming to the U.S. “What are pro-Israel forces afraid of?” she asks.

Before writing a column grandstanding about free speech, Goldberg should have dug a little deeper into Barghouti and asked whether he was really barred from entering the U.S. because “pro-Israel forces” are scared of his powerful, compelling message.

In 2007, Barghouti founded, and runs to this day, a Ramallah-based umbrella group called the BDS National Committee that serves as the leading group organizing and promoting BDS outside the United States. The reason Barghouti was barred from entering the U.S. is not because he advocates BDS or Israel’s destruction. There is no speech issue here at all.

The reason he was barred is because the group Barghouti runs includes five U.S.-designated terrorist organizations in its membership: Hamas, Palestinian Islamic Jihad, the PFLP, and the Popular Front – General Command.

Not only does Barghouti run a group whose membership includes U.S.-designated terrorists, he himself promotes terrorism. You wouldn’t know this reading Goldberg, who claims in her piece that “The BDS movement doesn’t engage in or promote violence.”

Here is a video of Barghouti in 2011 stating, “The media only focuses on one form of resistance, which we’re proud of, we’re not ashamed to have armed resistance [terrorism] as well as peaceful resistance.” This wasn’t a one-off. Barghouti has stated his support for terrorism dozens of times, plainly, openly, publicly, proudly, without euphemism. Click the link and read his quotes endorsing terrorism.

The only good part of the BDS movement is how it is exposing so many progressives as wishful, gullible, or dishonest in their need to paint the anti-Israel cause as respectable. 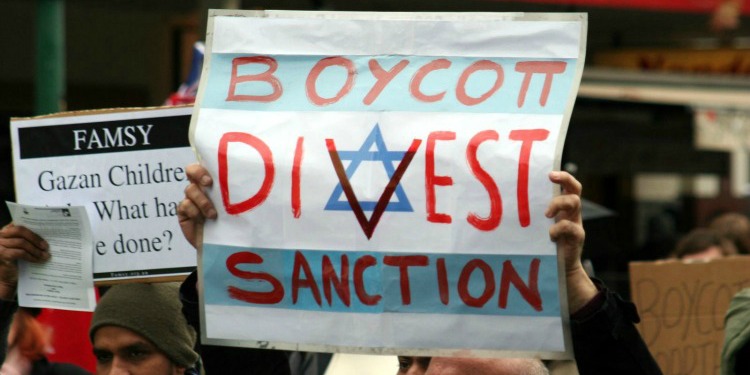