The press has done Joe Biden’s campaign no favors.

For much of the campaign, Biden has managed to avoid a thorough interrogation from hostile journalists. And when Biden has allowed himself to be questioned, what he’s subjected to is less a grilling and more a light braising.

“I wonder if you worry that this kind of language that comes from the president of the United States can deter some Americans who are tuning into him to not wear masks,” one reporter asked Biden at a recent (and rare) press conference. Highlighting Trump’s rhetoric, another reporter probed along the same lines: “What does it tell you about President Trump’s soul and the life he leads?” Summoning all the passions of the press corps, a third journalist pondered, “Why isn’t Joe Biden angrier about all of this?”

If only the Democratic nominee could have remained cosseted in friendly media’s comforting embrace until November, but there are voters beyond the base to reach. And as the Biden campaign has begun to emerge from its cocoon and engage with more adversarial reporters, the results suggest this campaign and its candidate are more flatfooted than their image-makers would have you believe.

The first sign of distress came from the Fox News Channel. On Thursday, Biden campaign national press secretary TJ Ducklo sat down with anchor Brett Baier to discuss policy and respond to the Trump campaign’s criticisms. But the dyspeptic performance Ducklo turned in suggests the Biden campaign has bathed in soft coverage for so long that its political muscles have atrophied.

If Ducklo conveyed anything to Fox’s audience throughout his seven-minute appearance, it was his intention to avoid answering questions—none of which were particularly difficult.

Asked whether Biden agreed with Donald Trump’s decision to shut down most air traffic from China in March—something Biden’s advisers opposed—the former vice president’s press secretary spent over three minutes insisting that Biden neither approved nor disapproved of the measure.

When the Fox News Channel anchor played a clip of Dr. Anthony Fauci saying he did not see any “discrepancies” between what Trump told Bob Woodward and what the experts around the president were saying, Ducklo charged the network with “working overtime to try to find excuses for this president.”

Finally, tasked with refuting the Trump campaign’s charge that Biden had used teleprompters while conducting remote interviews with local television hosts, Ducklo erupted with indignation. “I am not going to allow the Trump campaign to funnel their questions through Fox News,” he insisted. But this evasiveness served to confirm what was previously a rumor. A neutral observer could only have watched this theatrical display of protest and concluded that the unspoken answer to Baier’s question was, “yes.”

The second sign of trouble in the Biden camp came from the candidate himself. In a sit-down interview with CNN host Jake Tapper on Thursday, Biden was asked about the Obama administration’s failure to live up to its promise to renegotiate NAFTA and whether President Trump deserves credit for succeeding where Obama had failed. Biden’s response left much to be desired.

He claimed that the new USMCA trade deal represented a giveaway to pharmaceutical companies. But when Tapper said the new arrangement was “better” than NAFTA, Biden agreed. When Tapper reiterated his premise, Biden insisted that the Obama White House couldn’t seek a new North American free trade deal because the GOP-dominated Congress wouldn’t approve of the deal they failed to secure. When Tapper tried for the third time, Biden took viewers on a trip in the Way Back Machine to 1992 and launched into an indictment of George H. W. Bush.

If you follow talking points on trade-related issues, you are likely aware of what the boilerplate Democratic response is when confronted with Trump’s success on NAFTA’s renegotiation: We did renegotiate NAFTA as part of the Trans-Pacific Partnership. There is, in fact, some truth to Biden’s claim that the Republican-led Congress would not approve that free-trade agreement, but neither would Democrats. Even Hillary Clinton opposed the measure—at least, she did when public opinion turned against it. Biden has since joined the more labor-oriented members of his party in declining to support the deal the Obama administration negotiated. If the once solidly Democratic working-class voters who Biden hopes to woo in November were watching this, they could only have been confused by the former vice president’s garbled message.

Yes, it was only one day in a long race, but Thursday was a bad one for the Biden campaign. And as the Biden campaign exposes its candidate to more antagonistic venues ahead of the debates, these performances suggest it will not be the last. 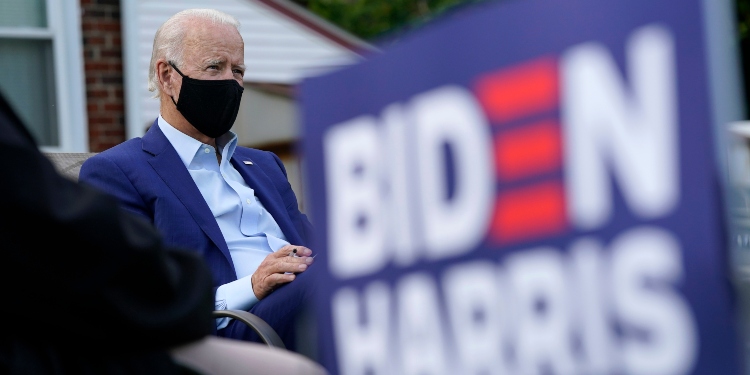