Believe it or not, the Trump administration has been lucky. Sure, the president is an embattled figure, but the scandals and controversies with which he is contending are political in nature and almost entirely of his own making. That condition will not last. Every presidency is tested to the brink by some exogenous, black-swan event. This presidency will be no exception. By this point, most past presidencies have begun to find their sea legs. At the very least, they are largely staffed up if disaster strikes. The Trump administration is not.

To its credit, this administration has abandoned the Obama administration’s belief that, as described by “The Obama Doctrine” author Jeffrey Goldberg, the threat posed by terrorism is minuscule compared to the fear and attention it generates. Donald Trump rejected this point of view as did America’s voters. The Trump White House is not just hardening America’s defenses at home but going after the sources of terror abroad as energetically as any of his predecessors.

But what happens if the unthinkable does happen? Moreover, what if the next disaster isn’t a terrorist attack at all? The lethargy that has typified this administration’s approach to staffing the various executive agencies under its control is conspicuous and increasingly disconcerting. Disaster-relief agencies and departments designed to take a proactive approach to potential crises now lack political appointees. This means they are managed by acting directors and low-profile members of the permanent bureaucracy. If a disaster is coming, the Trump administration is not ready for it.

Hurricane season began on June 1 and it will not subside until late November. The National Atmospheric and Oceanic Administration’s Climate Prediction Center anticipates a season with more named storms than average, but that agency will have to struggle through it with no appointed director. Trump has not even named a nominee. Similarly, Brock Long, the former director of the Alabama Emergency Management Agency and Trump’s nominee to lead the Federal Emergency Management Agency, remains unconfirmed. Even with competent leadership, disasters like Hurricanes Katrina and Sandy demonstrate how difficult disaster preparedness and management can be.

America is similarly unprepared for the event of a geopolitical crisis, like the one brewing in the Middle East. The unanticipated decision of the Saudi government and its allies to downgrade or cut off relations entirely with Qatar is unnerving. Iran is signaling its intention to fill the void left by Qatar’s retreating Sunni allies, and Riyadh is unlikely to allow an Iranian ally on the Arabian Peninsula. That prospect resulted in a bloody and ongoing war between the Kingdom of Saudi Arabia and Iranian proxy forces in Yemen.

Initially, Donald Trump signaled his pleasure with the Saudi decision to isolate Qatar, despite the fact that approximately 11,000 U.S. troops are stationed in the country. On Friday, however, Secretary of State Rex Tillerson urged the Saudis, Egyptians, and Emiratis to ease the blockade on Qatar. These mixed signals would be less jarring to America’s allies abroad if the State Department were staffed up with undersecretaries of state, who provide America’s diplomatic envoys and consulate staff with direction and message discipline. Without them, U.S. diplomatic representatives are forced to improvise, and mixed messages increase the risk of miscalculation.

The prospect of a catastrophic health crisis looms ever larger, particularly in light of headline-grabbing outbreaks like Ebola in 2014-2015 or the Zika outbreak last year. The Centers for Disease Control’s Emergency Operations Center was integral not just for treating infected patients abroad but containing the virus upon its arrival in the United States. Even more commonplace outbreaks can pose a substantial public health risk. Currently, the state of Minnesota is struggling to contain an outbreak of measles cases, the number of which already exceeds the number of confirmed cases of the disease that occurred nationwide throughout 2016. Currently, the CDC is led by Acting Director Anne Schuchat, a career civil servant and rear admiral in the Navy. In a position that requires extensive public diplomacy, communications training, strategic planning, and foresight, keeping an acting director in place indefinitely can become problematic fast.

As of last week, the Trump administration had nominated just 117 of the 559 federal appointments subject to Senate confirmation. This administration seems acutely aware of the damage that the proliferating political scandals can do to the president’s position and the public’s faith in the administration. Trump seems to have devoted little thought, though, to the political pitfalls associated with a botched response to an urgent, life-threatening crisis. What’s most terrifying is that, when that crisis comes, it will probably be something no one anticipated. That’s why establishing contingencies and staffing up fully and as fast as possible is an absolute imperative.

Presidents are always tested. There will be a catastrophic event, and the White House will be called upon to mitigate its effects. Right now, the Trump administration doesn’t appear to be up to the job. 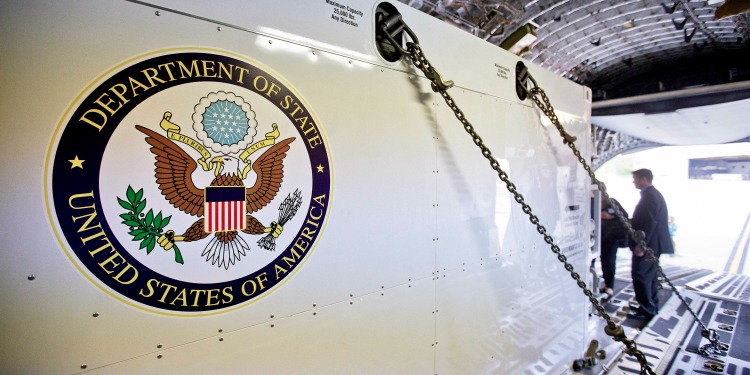