The American left and its allies in media have for years been beholden to a variety of deluded narratives, most of which cast the United States as history’s bad guy. The U.S., their preferred fictions maintain, is brutal and imperialistic. It is repressive and bigoted. Its system of government is outmoded and inefficient compared with more robust alternatives. These views fast became fashionably mainstream, but fashion is a luxury. The reemergence of the world as it always was has shown us that it’s a luxury we can no longer afford.

Russia’s brutal invasion of Ukraine has exposed the fallacies that permeate the intellectual landscape on the left. Moscow failed in its initial attempt to conduct a speedy and antiseptic war of regime change that would preserve as much civilian infrastructure as possible. In the process, Russia proved that the resources and sensitivity to public opinion required to conduct that kind of complex operation are all but exclusive to the West.

Russia’s pivot from a lightning war to total war—a vicious campaign of destruction and occupation typified by the looting of cities, the wholesale slaughter of civilians, and the disappearing of dissenters—tells us something about the immutability of human nature and the rareness of the West’s self-imposed restraint.

The appearance of racial discrimination against Africans in Ukraine conveys the universality of bigotry, but Russia’s total disregard for its own alleged ethnic categories that supposedly render Russians and Ukrainians one people reveals the worthlessness of a political framework that distills statecraft down to the study of pigmentation.

Even the most favorable readings of a revisionist history like the compendium of essays in the New York Times’ “1619 Project” contend that its vision is to guide the U.S. into a future in which it has shed most of its identifying characteristics. That’s why the conservative movement’s ideological proclivities, like its fondness for the Constitution as it is written, only reinforce the nation’s odious foundations. This is the sort of fatuous nonsense that compels the mainstream arbiters of cultural discourse to spend Independence Day ruminating on the lies and hypocrisies codified in the Declaration of Independence, to preen indignantly over the inadvertent costs of Western conflicts abroad, and to rob foreign actors of agency and ascribe the world’s many unfortunate events to American omnipotence.

When confronted, proponents of these arguments will retreat from their motte (America is a malign force in the world) to a more defensible bailey (well, there’s always room for improvement). Indeed, America’s capacity for renewal and reinvention has been revealed as the wonder it always was by Russia’s inflexibility and regression to a familiar and repressive mean. America’s propensity for goodness stands in stark contrast to the absolute evil to which we are witness. These are rigid moral categories. They make the scholastically inclined squeamish. But what, if not evil, are you supposed to call a terror war designed to starve, freeze, and pummel a free people into submission? If your only frame of reference is the conflicts in Afghanistan and Iraq, it must be shocking to see how every aspect of civilian society in Ukraine has been mobilized in the service of a genuinely popular insurgency.

The war in Ukraine may help the left shed another scale from its eyes. With the sudden discovery that our enlightened age hasn’t banished Bellum Romanum to the history books, the popular culture has been shocked into abandoning its unrealistic expectation that Covid could be managed out of existence. It was not long ago that conventional wisdom maintained that the only obstacle to such a happy outcome is our own political dysfunction. Indeed, we had been put to shame by the streamlined authoritarian efficiency of countries like the People’s Republic of China.

In October 2020, New York Times columnist Thomas Friedman feted China’s leadership for having contained the pandemic while, in the West, the disease proved paralyzing. He marveled over China’s “authoritarian surveillance system,” which had succeeded in managing the plague in ways “democratic consensus” could not. This opinion soon found its way into academic studies on the superior Chinese “model for epidemic preparedness.” Even objective reporting rehashed Beijing’s preferred narratives. The Chinese Communist Party waged “a ‘People’s war’ against the pandemic—and won,” another Times dispatch read.

In keeping with an intellectual tendency that subordinates the human suffering under authoritarianism to the glittering Potemkin monuments to national greatness authoritarians erect, many observers began to assume that freedom and the public interest were incompatible. “America has failed at collective action,” Vox.com’s German Lopez mourned. The West’s legal and political conventions that preserve personal liberty, the argument goes, stood athwart the widespread adoption of the most effective mitigation strategies. According to Foreign Policy’s James Traub, those nations with “collective discipline, deference to authority, and faith in the state” fared well in the pandemic. Societies without these traits did not.

So much for all that. Today, the virus has come roaring back in China, and more than 50 million Chinese now find themselves back in real, 2020-style lockdown. Public transit is halted, and private businesses are forced to close. Major suppliers to the West are once again shutting down production lines, raising the prospect of renewed supply-chain problems and fewer consumer goods reaching the marketplace (which likely entails higher consumer costs and rising inflation rates). And it’s not just case rates that are a concern. The city of Hong Kong, where 85 percent of the public has received the Chinese Covid vaccine, has seen its worst rates of hospitalization and death from Covid infection of the entire pandemic.

It turns out that the West’s capacity for innovation coupled with its culture of free inquiry and public scrutiny did, in fact, produce better results. As the West sloughs off pandemic-era mitigation measures (despite having higher case rates on paper), China is trapped in a vicious cycle of its own making.

The intellectual temptation toward self-hatred among not just among progressives but those on the right who share the left’s antipathy toward American ways of doing business isn’t going away anytime soon. It is nothing short of providential, though, that the forces of history regularly remind us how wrong they are. 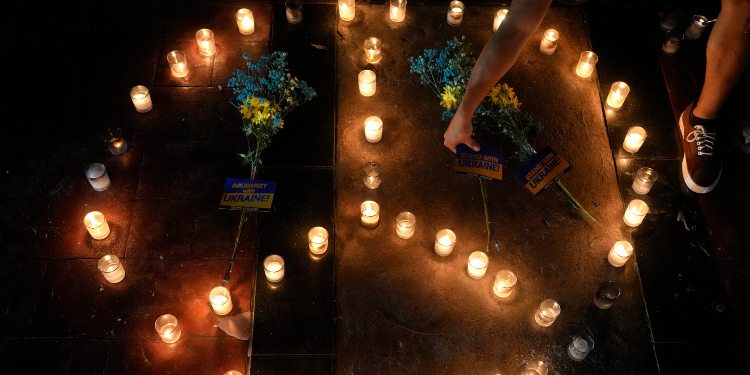