Donald Trump perfunctorily insists that all the polls are wrong, but he certainly doesn’t act like that’s the case. “I saved your suburbs–women–suburban women, you’re supposed to love Trump,” the president told a crowd of Michigan supporters. “Suburban women, will you please like me? I saved your damn neighborhood, OK?” he added at a Pennsylvania rally.

But female voters aren’t the only source of presidential anxiety. In a video address to his “favorite people in the world—the seniors,” the president promised to provide access to pharmaceuticals “all free.” The administration followed this pledge with a scramble to provide seniors with federally funded $200 cash cards redeemable for prescription drugs before Election Day.

It’s no coincidence that this ham-fisted pandering is aimed at demographics that public polling suggests have been slipping away from the president. But Trump’s efforts to again ingratiate himself with the coalition that propelled him into the White House in 2016 aren’t just a little cloying—they can be quite reckless. That is certainly true of the president’s rushed effort to withdraw a substantial portion of America’s presence in Afghanistan.

On October 7, the president revealed that he planned to pull all U.S. troops out of Afghanistan by Christmas—accelerating the timetable for withdrawal announced by Trump’s national security adviser, who had claimed that the U.S. presence in country would dwindle to between 2,800 and 2,500 troops by early 2021.

But the president’s directive has sparked a public dustup between the White House and the Pentagon. As Politico reported last week, Joint Chiefs Chairman Gen. Mark Milley subtly castigated National Security Adviser Robert O’Brien for engaging in “speculation” over the size of the U.S. presence in Afghanistan, adding that the “responsible, deliberate drawdown” the Defense Department is tasked with executing must be based on security conditions on the ground. And at the moment, those conditions are not great.

Defense officials subsequently told Politico that Afghanistan is increasingly the scene of insurrectionary violence and U.S. negotiators tasked with striking a peace deal do not have a good-faith partner in the Taliban. That appraisal is substantiated by the rising number of terrorist attacks executed by the Taliban.

On Wednesday alone, Taliban forces killed 34 soldiers loyal to Kabul, including a provincial police chief, in overnight attacks in a province bordering Tajikistan. There were two Taliban-linked suicide car bombings in nearby Kandahar province on Wednesday amid sporadic engagements between terrorist elements and Afghan troops. And Lashkargah, the capital of Helmand Province, has been host to frequent clashes between Taliban insurgents and government forces, and more than 200 casualties are now attributable to the fighting.

Americans are and have been eager to wash their hands of the seemingly fruitless conflict in Afghanistan, but a rushed withdrawal that is obviously timed for maximum domestic political benefit isn’t strategically sound. And if the president’s efforts discomfit the Pentagon, America’s allies seem outright contemptuous of them.

“We will make a decision together, coordinate our efforts based on the principle ‘in together, adjust together, and when the time is right, when the conditions are met, then we will leave together,’ but not before,” NATO Secretary-General Jens Stoltenberg told reporters on Wednesday.

Indeed, officials are telling reporters on background what Republicans used to understand instinctively: Artificial and political timetables for withdrawal from a protracted and asymmetrical conflict embolden the insurgents and make the conditions for a mutually amenable peace more elusive.

Republicans accused Barack Obama of pursuing just such a heedless strategy in Iraq, and they were vindicated when U.S. troops were redeployed to that Middle Eastern country after the Islamic State militia spilled over the Syrian border and rapidly routed the unready Iraqi Security Forces. That should be a sobering legacy even for those who want out of Afghanistan regardless of the country’s security conditions.

The only thing worse than keeping troops in Afghanistan one minute longer would be having to go back at a time and place that is not of our choosing and in response to a grotesque human-rights violation or the revitalization of the transnational terrorist groups who call that country home.

For partisans in an election year, the prime directive is to do no harm to the top of the ticket. But that objective should not compel Republicans to abandon the principles they know to be true or to sacrifice the pursuit of American national interests in the process. 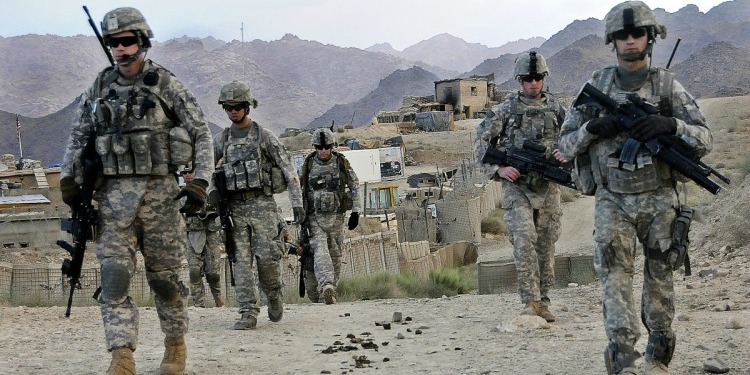