After years of neglecting its constitutional prerogatives on matters related to national security and defense, Congress is showing some vital signs again. That would be a development worth celebrating if it wasn’t an act of pure political theater with the lowest imaginable stakes.

The Senate passed a resolution Thursday imposing limits on President Trump’s capacity to wage a preventative war against Iran. Though it failed to secure a veto-proof majority, the bill won the support of all 47 Democrats and eight Republicans. It would compel the president to halt military action against Iran within 30 days of the inauguration of hostilities unless Congress explicitly approves such a mission.

The move comes on the heels of Donald Trump’s demonstrating no inclination to engage in a preventative war with Iran or making any preparations for such a massive and complex operation. If anything, the president has repeatedly shown that he has no interest in such a conflict and has done everything within his power to avoid one, including underreacting to Iranian attacks on U.S. interests and those of its allies.

The effort to tie the president’s hands picked up steam after Trump ordered the strike that neutralized Iranian National Guards Corps Commander Qasim Soleimani. But that action justifies Congress’s effort only in the minds of Trump’s most committed critics. The strike on Soleimani was legally legitimized not only by his status as the commander of a U.S.-designated terrorist group operating on soil where American forces were assisting in counter-terrorism operations at the invitation of the host government but by a doctrine of self-defense. Prior to the strike, American service personnel were wounded and a U.S. contractor was killed as a result of the routine missile attacks on American positions in Iraq and the U.S. embassy in Baghdad was nearly sacked by a mob—attacks that were carried out by the Shiite militias over which Soleimani maintained operational control.

Before that, the president conspicuously declined to respond to Iranian attacks on international shipping in the Strait of Hormuz, the brazen assault on the world’s largest petroleum processing plant, and even the downing of an American surveillance drone over international waters. The latter offense certainly merited a proportionate retaliatory response and, if the president had ordered one, it would comport with the language in Article 51 of the United Nations Charter and the War Powers Resolution.

There’s no indication that Trump has any intention of mounting a larger attack against Iran, nor does Iran appear interested in testing its limits anymore. The Soleimani strike seems to have restored deterrence. And while Iran’s retaliatory ballistic-missile attacks on U.S. positions in Iraq was an escalation, it was telegraphed ahead of time and calibrated in ways that suggested Tehran wanted to take the temperature down. The president’s apparent effort to downplay the damage U.S. forces absorbed from the strike indicates that this message was received. Leave it to Congress to intervene in a dead issue over a month later in the most symbolic way possible, serving no higher purpose than asserting its relevance.

It is, however, valuable to see Congress at least contemplating its constitutional obligations again. If the institution is truly reinvested in asserting its authority over war powers, it might spare a few moments to weigh in on the unauthorized U.S. military campaigns currently underway.

The first U.S. troops were deployed to Syria despite the protests of the sovereign regime nominally in control of that country in 2015. In the interim, U.S. forces have engaged and been engaged by Syrian air and ground forces, and American soldiers responded with force. In April 2017, Trump executed missile strikes on Syrian military targets in response not to an attack on U.S. forces or interests but Syrian civilians. A U.S. patrol in Syria came under attack from forces loyal to Bashar al-Assad as recently as this week.

The Trump administration never sought an AUMF against Syria, and some Republican lawmakers insisted at the time that he wouldn’t need one anyway. Of course, the reason that Congress has never wanted to authorize strikes against Syria under either Barack Obama or Donald Trump is because the politics of the mission conflict with its operational necessity. The public does not want a war against the Syrian regime, even though the mission preventing the rise of transnational terrorist groups and preserving the strained peace between the great powers occupying Syrian soil is of paramount importance. Likewise, Congress doesn’t want its fingerprints on a resolution sanctioning an attack on the Assad regime for using sophisticated nerve agents against rebel groups and civilians, but nor does it want to allow the norm-prohibiting use of those types of weapons to erode. The path of least resistance is to do nothing at all.

The politics of the issue are far simpler when it comes to Iran. Americans do not want a war with Iran, and neither does Trump. So, Congress can step into the breach without fear of consequence and boldly assert its authority to ratify the status quo. It’s an act of astounding cynicism, but this is par for the course. For a legislative body that has lost all interest in preserving its constitutional role as first among equal branches of government, just showing any signs of life is a praiseworthy achievement. 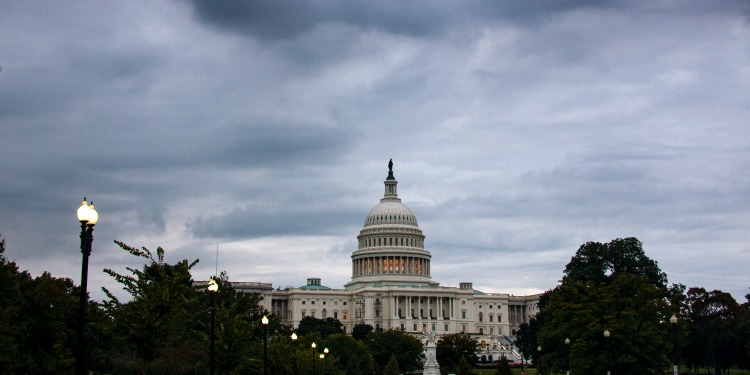