“Cancel rent!” This slogan, endorsed and adopted by high-fashion malcontents across the country, has jumped off protest placards and into public policy. It forms the basis of legislation introduced by Rep. Ilhan Omar and sponsored by Reps. Rashida Tlaib and Ayanna Pressley, which would abate all rent payments until at least April 2022. It’s increasingly popular among municipal officials in major American metropolitan areas, some of which have experimented with the abrogation of property rights. And it was functionally the policy of the federal government when the Centers for Disease Control and Prevention used the power granted to it during the pandemic to overturn American legal conventions. This resulted in lawlessness on a national scale and the establishment of precedents we may one day regret.

In September 2020, the Department of Health and Human Services and the CDC introduced what they insisted was only a temporary order halting evictions through the end of that year. The order expanded a congressional initiative protecting tenets from eviction but only those who received federal assistance or who resided in federally financed properties. The CDC’s logic was simple: Not only had the pandemic distorted the economy and put otherwise able providers at artificial financial risk, private residencies also “adhere to best practices” during a pandemic, “such as social distancing and other infection control measures.”

But as the pandemic wore on, Congress extended this temporary measure through January 31 of this year. Then, Joe Biden unilaterally extended it again via an executive order through the end of March, robbing this contingency measure of its support in law. In March, he extended it once again through June. All the while, legal challenges to this extraordinary alteration of the American social contract mounted, and the moratorium’s advocates increasingly found themselves on the wrong end of court judgments. But when the matter made its way before the Supreme Court, the judiciary elected not to strike the moratorium down on the spot. Instead, they allowed the moratorium to sunset on its own, deferring to the Biden administration’s contention that it would not be extended again.

But Joe Biden didn’t keep his word. On August 3, the CDC announced yet another extension of the federal eviction moratorium through the end of September. It represented a display of brazen contempt for the courtesy the Supreme Court had shown the executive branch, and Biden seemed to know it. Taking questions from reporters on August 4, the president was asked if this executive agency’s unilateral extension of a long-expired congressional contingency was “going to pass Supreme Court muster.” Biden replied in no uncertain terms: “The bulk of the constitutional scholarship says that it’s not likely to pass Constitutional muster,” he said. Knowing that he was skirting the bounds of constitutional propriety, he nevertheless noted that it may be “worth the effort” to test the Court—the incidental effect of which would be, at least, the temporary reimplementation of a lawless policy.

Well, just as Biden predicted, the Supreme Court didn’t take kindly to this administration’s display of abject contempt toward its judgments. Last Thursday, the high court struck down the eviction moratorium. But while the rule of law is restored on this front, threats to it persist.

In his dissent against the judgment that affirmed the wisdom of Biden’s legal advisers, Justice Stephen Breyer articulated a leftist vision of a government that is bound only by the exigencies it encounters.

In the effort to defend the CDC’s overextension of its authority, Breyer noted that Congress had, in fact, granted public health agencies broad power to infringe on American liberties through the application of police powers—such as quarantine—while also granting the agency the power to take “other measures” which “may be necessary.” Since an eviction moratorium is a lesser infringement on liberty than, say, locking you in your home, it must be within the agency’s legal remit. “If Congress had meant to exclude these types of measures from its broad grant of authority,” the liberal justice continued, “it likely would have said so.”

In effect, the justice and his two liberal colleagues claim that, unless Congress has expressly enumerated that which executive agencies are not allowed to do in a crisis, almost anything else could be considered within their purview. As National Review’s Charles C.W. Cooke observed, that is “nothing less than an inversion of our written constitutional system” and a recipe for precisely the kind of executive tyranny James Madison feared. Breyer’s logic would subordinate the text of the law and the country’s constitutional order to the urgency of the moment—and the moment is always urgent for someone. His is a prescription for adhocracy.

This brief experiment in lawlessness is over. But the shameful rationalizations in which the party in power and its allies engaged to justify this act of outlawry ensures it won’t be the last. 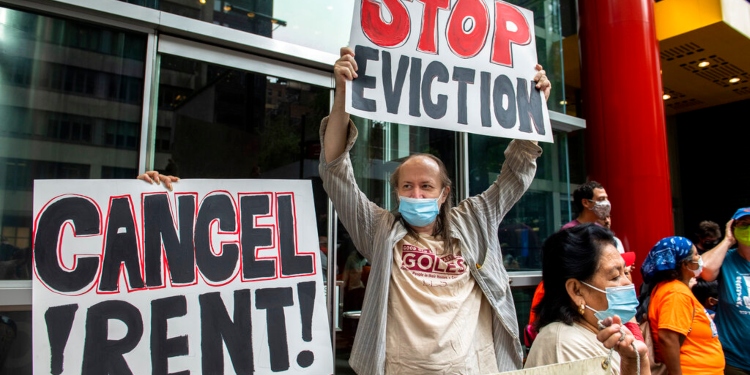