Judging from the volume of gloomy revelations and dire predictions in the press, it seems there isn’t much market for encouraging news these days. We have journalistic integrity alone to thank for the series of reports that, taken together, paint a promising portrait of how the country is now navigating the pandemic.

The rate at which the country is conducting and processing COVID-19 tests—one of a few chief metrics that gauge a region’s readiness to begin reopening public facilities—is at or approaching comprehensiveness. What’s more, the rate at which those tests return positive is on the decline and was, as of last week, below 10 percent. Even some relatively hard-hit parts of the country are now in a position to have more available tests than test-takers.

More heartening, the states that have begun to experiment with a phased reopening of public and commercial spaces have benefited doing so. Florida and Georgia, which relied on their publics to abide by guidelines that recommend frequent hand-washing, mask-wearing, and social distancing, have been rewarded for their faith. More than two weeks have passed since these states began cautiously easing their lockdowns, and their respective caseloads continue to decline. “Florida’s new cases have actually declined by 14 [percent] compared to the previous week, and Georgia’s fell by 12 [percent],” Axios reported.

Those declines are in line with harder-hit states like New York, New Jersey, and Michigan, which maintain relatively aggressive lockdown measures—a result that lends credence to the growing number of studies questioning the efficacy of Draconian “stay-at-home” orders. The lack of firm conclusions researchers can draw from these conflicting data patterns should be a source of embarrassment for those who leveraged these re-openings to prosecute a partisan grudge against their respective governors and, broadly, the Republican Party.

In the Atlantic, Amanda Mull’s dispatch anticipating Georgia’s apocalyptic future was entitled simply, “Georgia’s Experiment in Human Sacrifice: The state is about to find out how many people need to lose their lives to shore up the economy.” According to her reporting, though Georgians chafed under lockdown, there was no serious insurrectionary sentiment among the people when Kemp announced his intention to relax restrictions on service industries. “Georgians are now the largely unwilling canaries in an invisible coal mine,” she wrote, “sent to find out just how many individuals need to lose their job or their life for a state to work through a plague.”

“Public health experts fear coronavirus will burn through Georgia like nothing has since William Tecumseh Sherman,” read a florid analogy from the Washington Post’s Dana Milbank. His tongue-in-cheek piece, “Georgia leads the race to become America’s No. 1 Death Destination,” toyed with the notion that Peach State residents were dying to work out at their local gyms including “CrossImmunity” and “Superspreader” boot camp. Cosmetologists could perform a “deep lung-tissue massage.” Restaurant-goers could enjoy “wet-market-to-table restaurants to experience a growing sampling of zoonotic dishes.” This columnist clearly enjoyed the time he spent crafting witty prose around the prospect of plague.

Those who did not strike either an authoritative or flippant tone struck a more somber note. “Mark this day,” Ron Fournier wrote on April 20. “Because two and three weeks from now, the Georgia death toll is blood on his hands. And as Georgians move around the country, they’ll spread more death and economic destruction.”

Florida’s DeSantis was, according to state Rep. Debbie Mucarsel-Powell, “reckless, premature, and irresponsible” to allow municipalities to reopen their coasts in mid-April. When stores began reopening, the Miami Herald editorial board accused the governor of serving up his state’s citizens as a sacrifice in return for some imagined “political favor” from the president. As recently as this week, the Washington Post’s Ben Terris and Josh Dawsey described DeSantis as the prototypical “Florida Man”—a “devil-may-care and slightly oafish, beloved but not admired” cliché of a human being. They at least allowed for the prospect that this “Florida Man” might know what he’s doing. But even as his state’s Democratic opposition continues to rail against their governor, Democrat-led areas of the state like Broward and Miami-Dade counties are also preparing to relax their restrictions on commerce starting next week.

This retrospective is important, in part, because American elected officials are improvising their way through this crisis, and the trajectory of this disease is vexingly unpredictable. It routinely cofounds those who believe themselves capable of assessing its ability to kill and incapacitate. There’s much we do not know, and the myriad human and environmental factors that contribute to modeling the path of this outbreak are simply overwhelming. Prudence alone, to say nothing of decency, should prevent us from issuing unfounded predictions—particularly when those predictions just happen to advance a preferred political objective.

No one is out of the woods yet, and Florida and Georgia are no exception. But these governors were treated exceptionally poorly in the press based on flawed assumptions. In the short term, at least, they were right and their detractors were wrong. Their critics should be big enough to admit it. 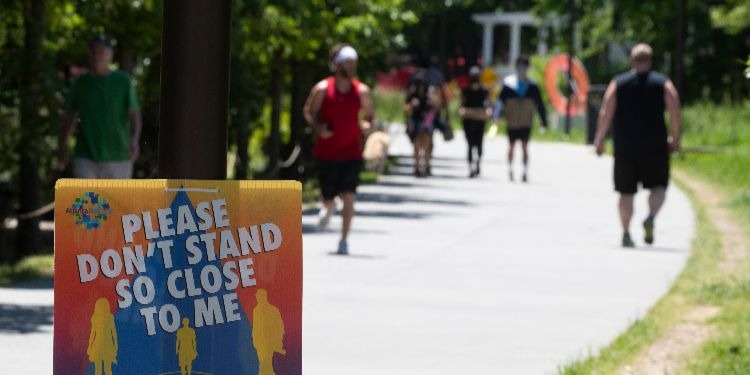