It was a shock to the status quo on Tuesday when, standing beside Israeli Prime Minister Benjamin Netanyahu, President Donald Trump abandoned decades of U.S. policy by suggesting he would no longer insist on a two-state solution as a prerequisite for peace. Trump went on to demonstrate his contempt for precedent by noting that Palestinian school children are “taught hate from a very young age.” Trump’s disregard for diplomatic niceties may yet end up causing him headaches, but he could also find the restive Middle East more receptive to a breakthrough. Ironically, it was Barack Obama who made Trump’s job of pursuing an out-of-the-box solution to the region’s conflicts all the easier, albeit inadvertently.

While Trump’s comments at Tuesday’s press conference are being parsed in the press, the administration is forging ahead with what may be a more important initiative than the disinterment of the peace process. The Wall Street Journal’s Maria Abi-Habib reported on Tuesday that administration officials are in talks with at least five Arab nations to form a mutual defense alliance. It would include an intelligence-sharing regime with the Israeli government.

“The alliance would include countries such as Saudi Arabia and the United Arab Emirates that are avowed enemies of Israel as well as Egypt and Jordan, which have long-standing peace treaties with Israel,” Abi-Habib reported. The alliance’s core objective would be to formalize and expand upon the Saudi-led coalition currently executing strikes on the Houthi militia in Yemen. In broader terms, the founding of a majority Sunni alliance with the operational assistance of Israel that has one core mission: Contain a resurgent Iran.

This kind of informal military alliance between Arab nations and the state of Israel would have been inconceivable prior to the Obama administration. The Obama presidency’s pursuit of a nuclear accord with Iran and its reliance upon Tehran-backed militias in Iraq catalyzed a sea change in Middle Eastern politics. Bilateral diplomatic and commercial relations between Israel and states like Saudi Arabia, which refuses to acknowledge the Jewish state’s existence, have unfrozen with remarkable alacrity. This kind of once unthinkable cooperation is directly attributable to the acute threat posed to the Sunni Arab states by Iran. More important, new Israeli-Arab collaboration has exploded a myth that still pervades the global diplomatic community: The idea that peace in the Middle East cannot be achieved without first resolving the Israeli-Palestinian conflict.

In practical terms, the obstacle to a two-state solution is not the Israelis but the Palestinians. The Palestinian territories are already divided into two functionally divergent, noncontiguous proto-states with two distinct—often mutually antagonistic—governments. The notion that there could be a pathway to peace similar to the ones the Palestinian Authority has repeatedly rejected in the last decade and earlier is a fiction. Saying this out loud is regarded in certain circles as vulgar, but that doesn’t render it untrue.

Donald Trump may be unlettered in the Byzantine ways of the professional diplomat, but his penchant for stripping the varnish off of hard truths does have its utility. Pursuing an outside-the-box pathway to peace that deprioritizes the Israeli-Palestinian conflict would be unconventional, but it might also be productive. Still, if Trump finds the Middle East is more amenable to irregular solutions to formerly intractable conflicts, he should first thank his predecessor. 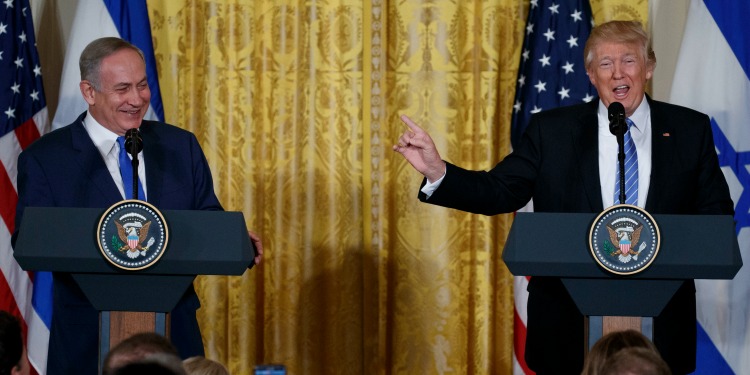