By the first week of March, it was clear that Andrew Cuomo was in trouble.

On March 5, the Democrat-led New York state Senate advanced legislation aimed at temporarily repealing the emergency powers the legislature granted the governor at the onset of the pandemic. Lawmakers insisted that they were merely seeking to reimpose checks on their imperious governor, but the circumstances that brought them to this point were more extraordinary than mere executive overreach.

In January, New York’s attorney general alleged that the Cuomo administration deliberately misled both lawmakers and the public about the true scope of the death toll in nursing homes, and they did so only in order to avoid the bad press that the truth would generate. One day before the vote, the New York Times and the Wall Street Journal revealed that Cuomo’s aides deliberately intervened in the data dissemination process, and convinced public health officials that their jobs would be in jeopardy if they did not participate in the coverup.

Those are serious allegations, and they are alone sufficient to compel the legislature to seriously consider ejecting Cuomo from office. But those claims did not put the governor in the hot seat. What broke the dam were the mounting claims involving Cuomo’s inappropriate behavior toward women. Those, too, are serious charges, but they have proven survivable in the past. It is therefore conspicuous that those are the charges that Democrats have chosen to litigate in public.

On December 13, 2020, a former economic adviser to the Cuomo administration, Lindsey Boylan, alleged on Twitter that Cuomo “sexually harassed me for years.” Two months later, Boylan posted an account of her experience on Medium, alleging that Cuomo kissed her on the lips, touched her on the “lower back, arms and legs,” and suggested at one point that they play “strip poker.”

On February 27, three days after Boylan’s Medium post, another former aid—Charlotte Bennett—accused the governor of making suggestive comments to her and touching her in what she thought was a sexually aggressive manner.

On March 1, Anna Ruch revealed that she has since had second thoughts about her first interaction with the governor at a 2019 wedding reception, where Cuomo put his hand on her bare lower back. She said that his “aggressive” handsiness and embarrassing solicitations to kiss her made her feel “uncomfortable and embarrassed.”

The number of allegations at this point had become impossible for state Democrats to ignore. Three state-level lawmakers called on the governor to step down, but most reserved judgment. New York Senate Majority Leader Andrea Stewart-Cousins told reporters that if even one more accuser came forward, she, too, would join the chorus. Gauging the relative seriousness of the allegations against Cuomo as a question of volume rather than their individual merits betrays the political calculations that Democrats were making.

But Stewart-Cousins’s promise proved prophetic. On March 6, another accuser emerged. Ana Liss, a former policy and operations aide to the governor, said Cuomo had repeatedly made her uncomfortable by asking about her relationship status, calling her by pet names, touching her on her lower back, and kissing her hand once when she stood up from behind her desk. True to her word, Stewart-Cousins joined calls for the governor’s resignation after this, the fourth allegation of its kind.

But Stewart-Cousins’ calculation would prove callous in short order. On March 10, the Albany Times-Union reported that yet another female aide had come forward with the most disturbing allegations yet. The unnamed accuser claimed that she had been summoned to Cuomo’s executive mansion late last year where she was “aggressively groped” in a “sexually charged manner.” Suddenly, what was a story about lechery and harassment had become a story about alleged assault.

Over the following week, much of the New York State congressional delegation, including its two senators, joined with those calling on the governor to resign. What followed for Cuomo was a long, dark… weekend. Somehow, the governor resisted calls for his resignation over those bleak 48 hours, and that was all it took before the state’s Democratic Party threw in the towel.

“Now that virtually every Democratic elected official has made their views known, and the Governor has made clear that he has no intention of resigning until the results of the independent investigations into the allegations against him have been completed, it is incumbent upon everyone to focus on getting the work of government done,” read a statement from New York State Democratic Party Chairman Jay Jacobs. It looks like it’s time once again to Move On.

What the sexual-assault allegations provided Democrats that the accusations of malfeasance related to the state’s handling of the pandemic did not was a way to hold Cuomo accountable without indicting their party in the process. The state’s Democratic lawmakers benefited indirectly from the very narrative the Cuomo administration was desperately trying to preserve—that is, the myth of Cuomo’s unmatched competence. That assumed proficiency contrasted favorably with the general impression that, when he wasn’t dismissing its existence, Donald Trump had callously mismanaged the pandemic. To admit to the governor’s misconduct would be to retroactively invalidate that myth and implicate the party of government in the process.

And it looks as though Cuomo is not through embarrassing his co-partisans. Over the weekend, the Washington Post revealed that longtime Cuomo adviser and New York’s “vaccine czar,” Larry Schwartz, was on the receiving end of an ethics complaint alleging that county-level executives feared the governor’s office would limit their access to COVID vaccines if their public support for the administration was something less the fulsome. The allegations wouldn’t be believable if the Cuomo administration wasn’t already credibly accused of leveraging the pandemic to play hardball politics.

By preferring to litigate the allegations of personal misconduct over and above the claims of maladministration, Democrats can have the best of both worlds. In this way, the party can create the appearance of righteousness and zealous oversight while being assured that the least politically damaging outcome of this scandalous news cycle is also the most likely outcome. Cuomo’s indiscretions are his alone. The mismanagement of his state’s pandemic response cannot be so easily contained.

Democrats have left Cuomo’s fate up to the governor’s conscience. And the governor has successfully subordinated his conscience to his best political interests, following the models set by Democratic executives before him, from Bill Clinton to Ralph Northam. In the process, Democrats have done a disservice both to the women who came out against the governor and to the nation that Cuomo and his allies allegedly deceived. 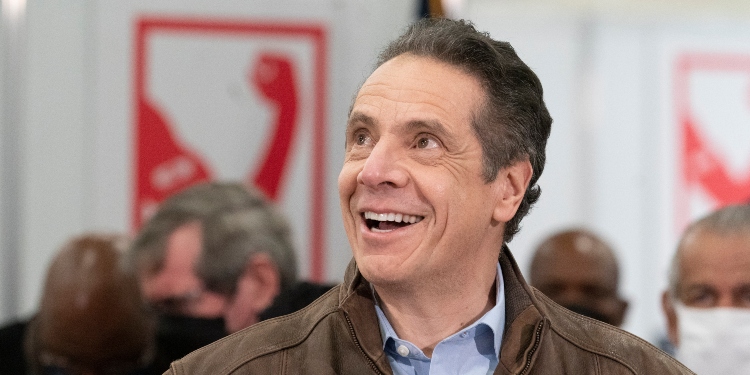