Indeed. This week, the fraternity house that is United States Secret Service graduated from ribald antics and hijinks to the outright political intimidation of those who would dare spoil the good time. The specific target of the Secret Service’s botched decapitation strike was House Oversight and Government Reform Committee Chairman Jason Chaffetz. According to the Department of Homeland Security inspector general, the USSS assistant director tried to get some embarrassing information about the congressman into the public sphere in the effort to coerce Chaffetz to back off his investigation of the agency responsible for the personal safety of America’s most prominent political figures.

This was not just an implied threat against Chaffetz. It wasn’t a coy wink and a nod from the agency manager in question that triggered the operation aimed at defaming and intimidating an influential member of the House of Representatives. “Some information that he might find embarrassing needs to get out,” wrote USSS Assistant Director Edward Lowery. “Just to be fair.”

Such a nasty communications trail for such an half-hearted character assassination attempt. That “embarrassing” information that was to tar forever Chaffetz’s reputation did, in fact, make its way into the press. The revelation designed to tarnish the House Oversight chairman? He tried to enlist in the Secret Service in 2003 but was rejected.

On the heels of the scandal involving the accusation that IRS officials used their power to target political enemies in order to reduce their ability to damage officials allied with the party in control of the White House, another targeting scandal should by rights ignite a firestorm in the press. And it would if the targets were not Republicans.

At this point, the press can excuse itself for being scandal-fatigued. From the Department of Justice, to the Environmental Protection Agency, to the Department of Energy, to the Department of Veterans Affairs, to the Office of Personnel Management, to the Defense Intelligence Agency, to the Pentagon – not to mention the IRS and the USSS; virtually every arm of the executive branch under this president has been implicated in some form of malfeasance. Of all the scandal-plagued institutions in the Obama era, however, the Secret Service might be the most worrisome in part because it is the most embarrassingly inept.

As The Federalist’s Sean Davis pointed out on Wednesday, the USSS has been comporting itself in an embarrassing fashion for years. He noted that the USSS was unaware in 2011 that a gunman had fired at the White House and fumbled the investigation into that incident. He recalls the controversy that erupted when it was learned that Secret Service agents on a presidential detail in Colombia occupied their time patronizing local prostitutes. Davis noted that the institution’s agents were found drunk and non-responsive in an Amsterdam hotel hallway while performing advance work for the president just two years later.

“Last April, a Secret Service supervisor was placed on leave following charges of sexual harassment from a female employee,” Davis reminded his readers. “That scandal came on the heels of news last March that two other agents, suspected of being drunk, literally drove through an active bomb investigation, nearly hitting the suspicious device that was thought to be a bomb.”

The criminal misconduct and bureaucratic defensiveness of the United States Secret Service has for years been the dirty little secret of which everyone in Washington was aware. Under this president, the institution has exposed itself as one in dire need of a total overhaul. In October of last year, after a disturbed individual jumped the White House fence and bee-lined his way into the White House — making his way into the East Room before finally being subdued — USSS Director Julia Pierson resigned. But much like the high-profile resignation of former Veterans Affairs Secretary Eric Shinseki, it represented only the reshuffling of deck chairs.

The Secret Service needs rebuilding from the ground up, but it is not the only institution that has shed public trust. The scale of the corruption that plagues the presidency’s many arms, and the general lack of interest in this crisis displayed by the watchdog press, is a dangerous condition. According to Gallup, which has been polling on the question since 1993, the public’s trust in government has neared all-time lows. Only one-third of the public expresses any trust in the presidency, and fewer trust the news media, the Congress, or the courts. In fact, the police and the military are the only public institutions that retain the trust of a majority of poll respondents. That’s an especially precarious place for a constitutional republic to occupy.

And yet, Washington yawns. The targeting of the administration’s political opponents by institutions of vested power like the Secret Service, the IRS, and the Justice Department are dismissed as imprudent excesses. The party of government would do well to use its remaining months in power in the White House to restore some of the public’s lost faith in Washington’s ability to govern responsibly, if only to establish that no future White House should abide such intimidation tactics. Surely, the press will reawaken to the dangers of an administration inclined to silence its political opponents through law enforcement agencies when the White House is again in Republican hands. By then, however, it may  be too late to reverse the country’s near imperceptibly meandering glide into tyranny. 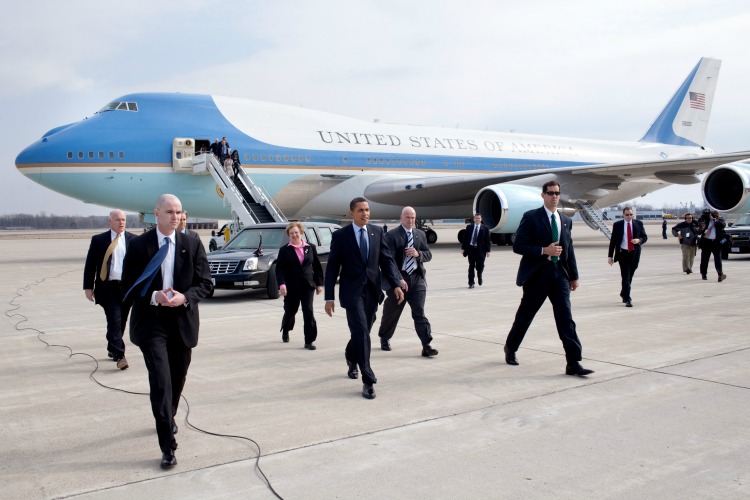