Psychological professionals have long warned of the dire consequences of the national decline in mental wellbeing associated with the global pandemic. But the nation’s mental-health crisis must not be within the remit of our public health officials. Their contradictory, paradoxical, and sometimes downright mind-boggling statements regarding the efficacy of vaccines designed to stop the spread of COVID-19 are only contributing to a pervasive state of anxiousness.

Take, for example, Centers for Disease Control and Prevention Director Rochelle Walensky. In an appearance on MSNBC’s “Rachel Maddow Show” this Tuesday, the physician and academic observed that the new vaccines do, in fact, behave like vaccines. “Our data from the CDC today suggests that vaccinated people do not carry the virus, don’t get sick,” she observed, “and that it’s not just in the clinical trials, but it’s also in real-world data.”

From the clinical trials last summer to the current global effort to inoculate as many people as possible, we have now gathered the better part of a year’s worth of data that support this happy and well-informed conclusion. But conclusory statements are a source of consternation among the public health community, and Walensky’s agency soon watered down her certitude with nuance and caveats.

“Dr. Walensky spoke broadly during this interview,” a CDC spokesperson told the New York Times on Thursday amid a furious backlash from within her profession. “It’s possible that some people who are fully vaccinated could get Covid-19. The evidence isn’t clear whether they can spread the virus to others. We are continuing to evaluate the evidence.”

Pedants and stoics will correctly note that these two statements are not contradictory at all. “Our data” can indicate something quite strongly while still not indicating it to a degree that approaches 100 percent certainty. Such a level of certainty will almost surely not be forthcoming, as anomalous events cannot be ruled out. But policymakers do not—or, at least, should not—base the preservation of paralyzing restrictions on social and economic life on outside chances.

This assertion might have comported with empirical observations at home and abroad about how this virus behaves, but it did not jibe with the Biden administration’s political imperatives. Press Secretary Jen Psaki publicly dismissed the director’s comments and, the following day, Walensky appeared on MSNBC where she clarified her remarks.

There is, Walensky said, little evidence of COVID transmission in schools when there is “distancing” and “de-densification,” “ventilation,” “contact tracing,” and other mitigation efforts. After a gulp, however, she added that “the advisory committee on immunization practices has prioritized teachers as essential personnel because they are essential to our society’s function.”

It isn’t just the public health bureaucracy that seems untethered to concerns involving health alone. Within what we can only describe as the pop public health community, the messaging around the fully immunized public’s relative safety has been similarly neurotic.

When asked if a fully vaccinated person should continue to abide by the mitigation measures that have been in place for over a year, CNN’s Dr. Sanjay Gupta explained that the evidentiary threshold for easing those largely self-imposed restrictions has not yet been met. Yes, the vaccines should “make it unlikely that you’re infected and even less likely that you could transmit it to others.” However, the “virus learns then how to, sort of, adapt and mutate now to a vaccinated person,” he added. “So, in some ways, by exposing vaccinated people to the virus, you could start to inspire more and more mutations.”

This is not entirely unfounded. The marginal but not impossible chance that a fully immunized person could contract the disease and incubate a mutant strain that manages to evolve pathways of evading the protections imparted by the three FDA-approved vaccines is something to worry about, if you’re the worrying sort. But the most pressing imperative today is to reduce the prospect that vaccinated people will encounter the disease by ensuring that as many people as possible get vaccinated. Telling those people that they are at as much risk post-immunization as they were pre-immunization is a good way to convince vaccine holdouts to continue holding out. That is, if those people are still devoting a second’s thought to what public health officials are saying.

Dr. Leana Wen, a CNN contributor and one of the pandemic’s more public faces, seemed to see the pitfalls of such overcautious messaging. The job now, she rightly noted, is to make the case that vaccination “is the ticket back to pre-pandemic life.” In her estimation, that objective is threatened by states that reopen too quickly. Yet, she added, the risk to public health represented by hasty states isn’t that the reckless public will rush headlong into a mask-less hedonism (we’re still waiting on Texas’s post-mask mandate infection surge), but that the unvaccinated will no longer have any inducements to behave as the public health bureaucracy wants them to.

“We have a very narrow window to tie vaccination policy to reopening status,” Wen said. “Because, otherwise, if everything is reopened, how are we going to incentivize people to actually get the vaccine?” Despite her explicit and logically compelling critique of the CDC’s excess of prudence, Wen could not help but endorse the idea that the public health official’s job isn’t just to think about what is salubrious and advocate for it but to force you to engage in those behaviors, even if it risks the incentives around vaccination.

All this is surely well-intentioned, but it has the cumulative effect of sapping public health officials’ credibility at a time when such a prospect could have profoundly undesirable effects on the trajectory of this pandemic. We don’t know how many have already tuned out of the discourse of the medical community at this late stage of the pandemic. But if you are still paying close attention to what the public health establishment tells you, it’s enough to drive you mad. 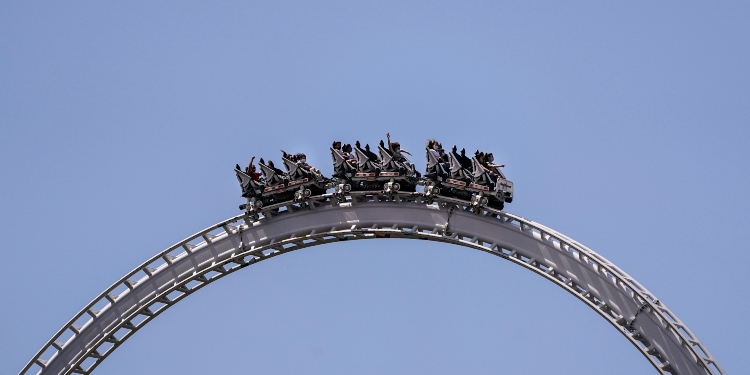