Democrats who projected onto Barack Obama idealized powers of logic and persuasion anticipated that the president’s aura alone would reverse the many perceived ills of the George W. Bush administration. This was always a cultish view of the presidency that was destined for disaster, but it was a time of hope. Many Republicans and Democrats alike welcomed the hard-nosed pragmatism practiced by Barack Obama’s foreign-affairs team as a pleasant departure from Bush’s ideological line. After eight years, however, the world is an objectively scarier place. As it has grown more dangerous, the world has become less free. The arc of history does not bend naturally toward liberty and the responsible governments that free peoples demand. Classical liberalism arises only in well-tended gardens. A new era of Republican governance should be one that prioritizes the reversal of the conditions that have made the world’s democracies retreat.

Barack Obama’s administration is not responsible for the revival of illiberal theories of social organization as viable alternatives to the Western democratic ideal. His White House has, however, prioritized its own narrow geopolitical objectives over the aspirations of freedom-seeking people across the world. In retrospect, this was more a post hoc logical justification for hubris than it was a coherent theory of geopolitics. The results of this policy are deeply lamentable.

The president blithely declined to even voice a perfunctory level of support for Iran’s Green revolutionaries in the summer of 2009. He even went so far, according to the Wall Street Journal’s Jay Solomon, as ordering his CIA to stand down and dissolve links between Langley and Iran’s dissidents, preferring instead to negotiate a thaw in relations with the existing government in the Islamic Republic.

Barack Obama greatly empowered the regime’s stakeholders with his inaction in 2009, but the White House apparently learned no lessons. Six years later, as Venezuela descended into violent riots and anti-government protests in the wake of Hugo Chavez’s death, Barack Obama again prioritized timidity over bold and decisive leadership. Only over one year after anti-government protests were violently quelled did the White House meekly name some associates of Venezuelan President Nicolas Maduro national security threats subject to sanction. As the country copes with starvation rations and crippling goods shortages, Democrats should be haunted by their inaction.

That kind of introspection and penitence seems in short supply, though. As the Obama administration’s unilateral thaw in relations with Communist Cuba demonstrated, this White House’s aloof and compassionless foreign policy was radical by even Democratic standards. Elevating respect for human rights as a precondition for warmer bilateral relations with the United States has been, at least in principle, a pillar of U.S. foreign policy since the Carter administration. An administration that was not committed to rehabilitating Havana would have made a public appeal to the world in support of a Cuban spring in the wake of the long-anticipated death of Fidel Castro. Instead, the Cuban dictator’s demise was met with a mealy-mouthed written statement from the White House conspicuously lacking condemnations of the Cuban regime’s crimes. The result: Those crimes continue even today.

From Turkey to Egypt, from Russia to China, the Obama White House has chosen a wait-and-see approach to civil unrest amid a crackdown on dissent. The Obama administration reasons that, in these moments of great social flux, it is incumbent on them to keep a low profile lest they provide these embattled repressive regimes a scapegoat. The merits to this argument are difficult to separate from mythology. No administration pursues a recklessly antagonistic foreign policy without complications abroad. So, too, is it impossible for any White House to conduct U.S. foreign affairs divorced from the nation’s founding principles. The export of liberal republican ideals is central not only to America’s self-conception but to its security.

These are not gauzy blinkered ideals of a conceptual theorist; at least, not according to Barack Obama. He told  the Atlantic’s Jeffrey Goldberg that he considers himself an “idealist insofar as I believe that we should be promoting values,” but “there are going to be times where our security interests conflict with our concerns about human rights.” That’s not a doctrine; it’s an excuse. American and global security was not well served by eight years of this president’s detached anti-ideological view on foreign affairs. The next Republican president can go some way toward restoring America’s sense of mission by speaking for that which he knows to be right. 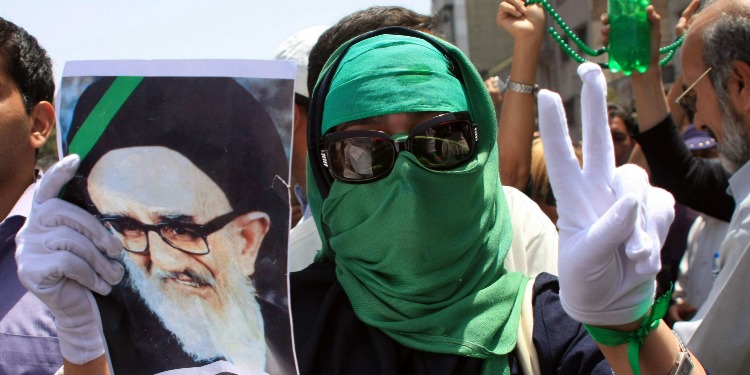