The OPEC+ cartel announced on Thursday that it would finally bend to global demand and increase oil production by about 50 percent in the coming months.

For months, the organization, which is led by the Kingdom of Saudi Arabia, balked at calls to relieve the pressure on global petroleum prices, including those that came directly from the Biden White House. This breakthrough tracks conspicuously with the news that Joe Biden is “leaning towards making a visit to Saudi Arabia,” a trip he’s been leaning toward since at least early March when the idea was first floated in the press. As the Associated Press observed, Biden’s trip to several Middle Eastern nations—but, most consequentially and foremost among them, Saudi Arabia—“comes as overriding U.S. strategic interests in oil and security have pushed the administration to rethink the arms-length stance that Biden pledged to take with the Saudis as a candidate for the White House.”

If a nod in the direction of America’s flawed partners in Riyadh is all it took for the world’s preeminent oil cartel to turn on the spigot, you have to wonder why it took so long and why Americans have had to endure record energy prices for months as a result? The answer is provided by the Washington Post’s David Ignatius, who summons the indignation of much of the press corps over Biden’s proposed sojourn.

“Critics of the kingdom have been dreading that moment,” he wrote. “They believe — and to be clear, I also believe — that [Saudi Crown Prince Mohammed bin Salman] has blood on his hands, because of what the CIA described as his authorization of the Saudi operation that murdered Post contributing columnist Jamal Khashoggi in Istanbul in October 2018.”

With a palpable sense of resignation, Ignatius laments the subordination of the principal Biden promised to uphold: Standing up to egregious acts of repression and violence, not just against disfavored journalists but against the people of Yemen, where the Saudis are fighting an Iran-backed proxy force. Maybe Biden can secure for himself a short-term political boost by lowering domestic gas prices, but at what cost?

The publicly available intelligence implicating bin Salman in the murder of Jamal Khashoggi is entirely believable. It was an egregious act for which the Crown Prince should pay a price. But, as Ignatius acknowledges, the conduct of statecraft in an imperfect world occasionally involves dealing with distasteful figures. It is also egregious, however, to allow Americans to struggle with financial hardships for as long as they have. And Biden delayed acting, in part, because, as the AP noted, backtracking on his promise to humiliate Saudi Arabia’s nominal leader “risks a public humbling” for the president. And the indignation of the commentary class over this concession to reality, even at the expense of a principle, only exposes a callous disregard for all the other concessions Biden has been forced to make.

For example, the Biden administration pared back sanctions targeting Venezuela’s criminal regime. In May, the U.S. partially exempted Chevron from proscriptions against working with Venezuela’s state-run oil company, PDVSA. The administration also lifted the restrictions targeting the firm’s chief executive, Carlos Malpica-Flores, a relative of Venezuelan strongman Nicolas Maduro. The move is preliminary and limited, designed mostly to lure the Maduro regime to the negotiating table and resume energy exports. But it came after three months of fruitless talks with the government in Caracas over what reporting had indicated were much broader energy-related goals. This round of sanctions relief is an unrequited reward for a regime that the U.S. regards as illegitimate, which persecutes and murders its own people, and threatens American national interests in its own hemisphere.

The Biden White House has been just as eager to coax Iran back into the community of nations. The administration’s pursuit of a new nuclear deal with Iran is likely to include provisions that would allow the Islamic Republic to sell more of the roughly 2.4 million barrels of oil the country pumps per day. Though a new deal remains elusive, the Biden White House opened negotiations with a sweetener in 2021: lifting Trump-era sanctions targeting two firms involved in energy production and development. Indeed, oil traders and financial analysts had prematurely priced into their forecasts the expectation that at least 400,00 barrels of Iranian crude would reach the global marketplace in 2022.

Iran is hardly a paragon of human rights. It, too, oppresses and murders its people, and it, too, menaces America’s allies and threatens U.S. interests. It also regularly holds Westerners, including Americans, hostage. And yet, the United States engages with Iran on multiple tracks: a diplomatic one to secure mutually desirable objectives and a more confrontational one involving the movement of military assets and economic sanctions. These tracks are not mutually exclusive because they need not be.

The same is true for Saudi Arabia. The Kingdom’s leadership can be castigated and even punished for its human-rights abuses while acknowledging the vital role the country plays in its region and in the global economy. As polls following Russia’s unprovoked invasion of Ukraine have shown, Americans are willing to endure some economic hardship in the defense of liberty abroad—at least, when there is an achievable objective and the course of action designed to achieve it is clearly defined. The Saudi-U.S. relationship was thrust into an indefinite limbo. The goals of this campaign went unarticulated even as its costs mounted. As statecraft, it was as incomprehensible as it was unsustainable. 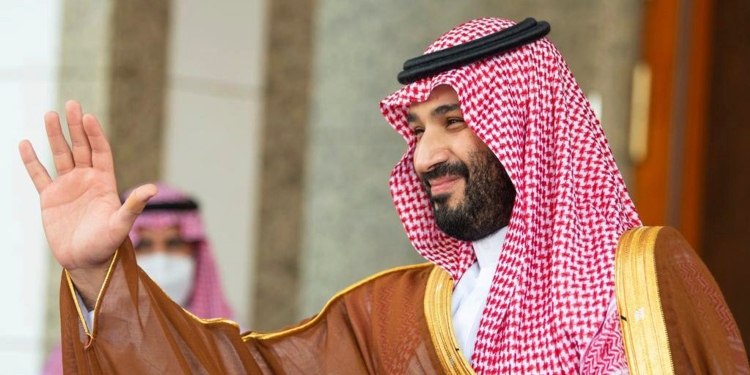