The affair surrounding Bowe Bergdahl’s desertion from his unit in Afghanistan was a disgrace that continues to dishonor all who come near it.

First, the disgrace of Bergdahl. He disappeared from his base in Afghanistan in 2009 and, according to his comrades, likely set out in search of Taliban insurgents, who promptly captured him. “I am ashamed to be an American,” Bergdahl wrote in an email to his parents in 2012. Military officials had reason to believe Bergdahl may have been trying to defect. A series of search and rescue efforts were organized and, according to former infantryman Nathan Bradley Bethea, six soldiers died as a result. “Over the next couple of months, all the attacks [against U.S. forces] were far more directed,” confessed former Army Sgt. Evan Buetow. This raises the suspicion that Bergdahl had provided the enemy with valuable intelligence.

Upon Bergdahl’s release from five years in captivity, President Barack Obama held a triumphal ceremony with the Bergdahl family in the Rose Garden, never once letting on the extent to which the liberated soldier had put American lives in jeopardy. “He served the United States with honor and distinction,” National Security Advisor Susan Rice said. “This is such a joyous day.” Even weeks later, Rice defended her comments by contending that “this is a young man whose circumstances we are still going to learn about.” This, too, was a disgrace.

The Taliban used Bergdahl as a bargaining chip and successfully negotiated his surrender to American authorities in exchange for no fewer than five ranking Taliban prisoners, one of whom had “directly associated” with Osama bin Laden. The swap was conducted in secret with no notice provided to members of Congress, prompting Obama administration allies like Dianne Feinstein to scold the administration for abridging the rights of the legislative branch.

Under fire, the Obama administration engaged in a dissembling job for the ages. State Department spokeswoman Marie Harf insisted that the Bergdahl swap had to be conducted in secret, much like the bin Laden raid, because of its sensitivity. This was false; Congress was fully briefed on the bin Laden raid.

“Under this administration, we’ve put in very stringent processes to determine that we can sufficiently mitigate the risk that the terrorists, the possibility that these gentlemen will go back to the battlefield,” Harf insisted. According to the House Armed Services Committee, though, by 2015, “Some of the Taliban Five have engaged in threatening activities since being transferred to Qatar.”

Increasingly, it looked as though the Obama administration had glossed over the nature of Bergdahl’s offenses and the threat posed by the “Taliban Five” in order to pursue the grander objective of closing the Guantanamo Bay prison facility through attrition regardless of the consequences for American national security. That was a disgrace.

It seems Bergdahl isn’t done disgracing anyone with whom he comes into contact. On Friday, after pleading guilty to charges of desertion and misbehavior before the enemy, Bergdahl received his fate. He faced a maximum of life imprisonment, but the presiding judge declared that he would serve no jail time. Bergdahl’s only punishment would be a dishonorable discharge from the armed services.

Divorcing this decision from the politics of the matter is impossible. Bergdahl’s attorneys insisted that their client’s case should be dismissed outright because Donald Trump had attacked the defendant on the campaign trail as a “dirty, rotten traitor” who should face execution. They argued that Trump interfered in the process, but the motion was dismissed. The presiding judge, Army Col. Jeffery R. Nance, said he felt no pressure from the White House to deliver a harsher sentence. Quite the opposite, in fact. On October 30, Nance appeared to imply that his sentencing would send a message to the president. “I will consider the president’s comments as mitigation evidence as I arrive at an appropriate sentence,” he said.

Apparently, that evidence was so mitigating that it entirely outweighed aggravating factors like the injuries and deaths that occurred as a result of Bergdahl’s capture, the fact that he had jeopardized America’s position in Afghanistan, or the great public expense devoted to his liberation. Nance said that the social stigma and lack of access to veterans’ services resulting from his dishonorable discharge is punishment enough.

Would Nance have determined that such a modest punishment for a history-shaping event like Bergdahl’s capture and release was sufficient in the absence of Trump’s comments? Almost certainly not. By Nance’s own admission, he felt no pressure from the president but did think that Trump’s remarks should be considered in sentencing. We’re left to conclude, then, that the Colonel did, in fact, want to send the president a message. If that’s so, it’s a disgrace. It’s unlikely to be the last display of disgraceful conduct from those who have the misfortune of finding themselves in proximity to Bowe Bergdahl. 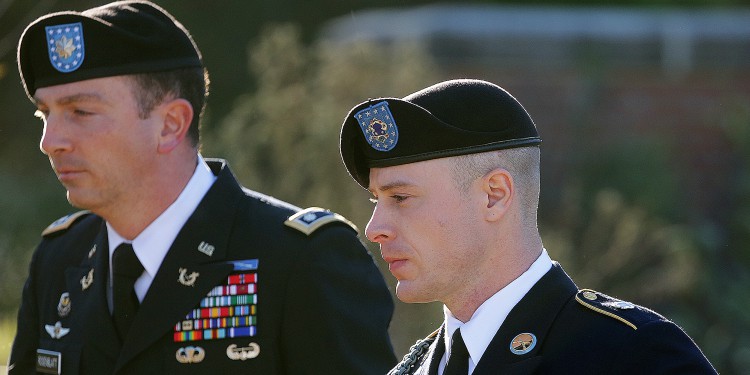