California was in a bad place before the pandemic hit.

By 2019, the Golden State—itself the fifth largest economy on earth, endowed with vast stores of human capital and natural resources, and blessed with one of the world’s most amenable climates—was imploding.

Violent crime had risen steadily for the preceding two consecutive years. The state was home to the most failing schools in the country. Once vanquished 19th-century diseases like typhus and tuberculosis were making a comeback. The state endured what was at the time its largest wildfire in history, the scope of which had been attributed both to poor forestry management and faulty transmission lines operated by Pacific Gas & Electric. Under pressure from lawmakers, the power provider forced residents to live with rolling blackouts. Hundreds of schools were closed, and tens of thousands of dollars’ worth of perishable goods were lost. One Stanford University professor’s estimate pegged the economic cost of 2019’s blackouts alone at $2.4 billion.

And residents were leaving in droves. In 2019, 653,000 Californians decamped, in part, to escape the state’s crippling costs of living. “Affordability has just plummeted over the years,” said Sacramento realtor Kellie Swayne. “I’m a third-generation farmer and always lived in this county,” one longtime California farmer told CBS reporters, “but the politics and taxes here are such that California is the place to move away from.”

And then, the coronavirus arrived.

California’s largest and most technocratically governed cities were among the first in the nation to impose severe restrictions on social and economic life to arrest the spread of COVID-19. And for a time, there was little appreciable resistance to these prohibitions. The terrible toll exacted by the pandemic and federal emergency relief made these restrictions endurable, if not tolerable. But it couldn’t last forever.

The federal spigot soon ran dry, and the will in Washington to replenish it was exhausted. Despite the pandemic’s resurgence, humanity’s evolutionary capacity to adapt to even the most adverse conditions has reduced the sense of urgency around it. The resolve to lock down in perpetuity was only further eroded by California’s elected officials’ behavior. From Governor Gavin Newsom on down, the state’s officeholders have repeatedly been caught violating their own emergency mandates—behavior they engaged in knowing full well that, to the extent these restrictions were enforced by authorities, their behavior would never be policed.

Now, amid a new lockdown order so severe that it prevents people from even seeing their neighbors, public anger is rising commensurate with fatigue. Local mayors are in open revolt against their own city and state governments, and some are seeking to form their own health departments for the express purpose of allowing local business owners to function again. But that is an onerous and expensive prospect, and it will not provide relief from the pandemic’s second-order effects soon enough.

California’s public health mandates are so strict that one of the few activities residents are still allowed is to leave the state. So that’s exactly what they’re doing.

The combination of pandemic-related remote work options, the state’s austere restrictions, increasing squalor and growing social unrest, and the overall cost of living have combined to neutralize the advantages associated with California living, and residents want out.

“It is hard to keep up with the demand,” said the proprietor of a Pasadena-based moving company. Thousands are leaving the state, and more may follow if present conditions persist. If remote work options become permanent, for example, one survey found that a staggering 40 percent of tech workers in the Bay Area would relocate to less expensive states.

The people who are fleeing are taking their business, and their businesses, with them. Eighteen-hundred companies left California in 2019, and many more have followed their lead in 2020. And these aren’t mom-and-pop shops, either. Major employers such as Hewlett Packard Enterprise and the financial services provider Charles Schwab have had enough. The data analytics firm Palantir Technologies is pulling up stakes. And most recently, citing the state’s toxic business climate for the move, Elon Musk’s Tesla is relocating operations to Texas.

Musk’s flight, like that of millionaire podcaster Joe Rogan and conservative columnist and broadcaster Ben Shapiro, seems to have awoken the political class to California’s parlous state in a way that the mass exodus of ordinary citizens did not. But rather than treat the disease, some prefer to point and laugh at the symptoms.

In May, Forbes contributor Seth Cohen singled out Musk and Rogan for criticism, dismissing their “threats” to leave the state as a “perfect example of bullying by bro-ness.” Whatever that means. Cohen should revisit his assessment now that it is clear these were not empty threats but warnings that went unheeded. These entrepreneurs and the employees and businesses they supported, to say nothing of the tax dollars they contributed to the state’s coffers, are now gone. And this may be just the beginning.

California is reaching the point of critical mass. A self-sustaining reaction is approaching, at which point the state’s slow bleed becomes a wound that cannot be staunched, and the state’s desperate financial condition compels Sacramento to reinforce this reaction by squeezing whatever revenue it can out of its depleted tax base. Like a fissile reaction, the decayed and toxic byproducts left in its wake will be of little value to anyone, even if the weather is still nice. 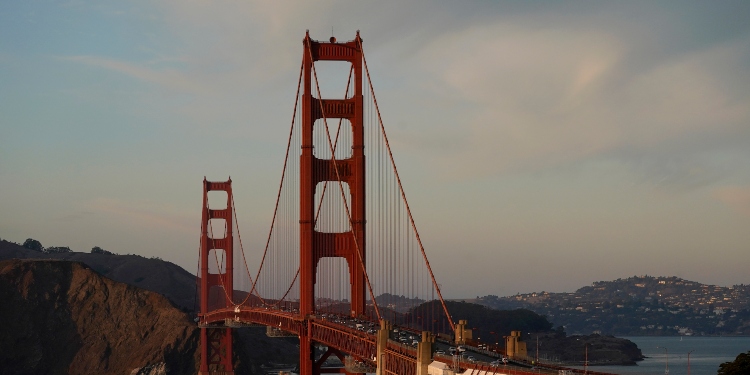